The Vallejo City Council amended its franchise agreement with trash hauler Recology Vallejo on Tuesday, as the city looks to comply with new state regulations requiring municipalities to divert organic waste from landfills.
Share this news on: 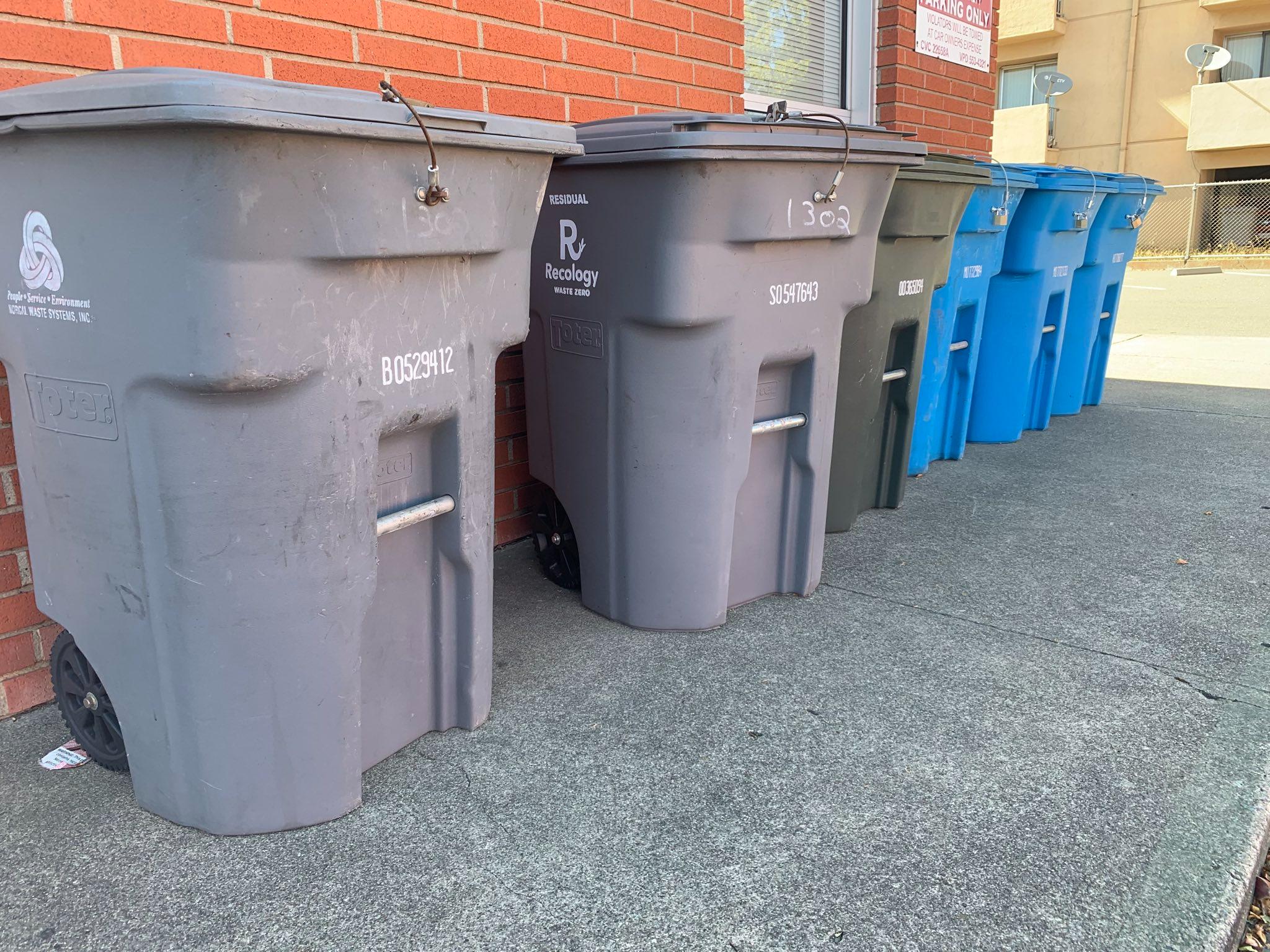 Tuesday’s move comes a week after the council voted 6-0 to raise residential and commercial garbage rates to pay for the now-required services under the new unfunded state mandate. Councilmember Mina Loera-Diaz, District 3, was absent from the June 21 meeting.

Customers who pay prior to the 15th day of each month will receive around between $2 to $5 discount. Meanwhile, commercial customers can expect to pay $20 more per month over the next two years.

Nearly half of the $4.5 million in additional services will go toward processing the organic waste, which residential and commercial customers can put in green bins. The bins originally were for yard clippings and vegetative matter but, under the new regulations, customers are required to place leftover food scraps, food-soiled paper like pizza boxes and coffee filters, napkins and paper towels in the green bins.

In addition, Recology Vallejo will receive $1.9 million to clean up items dumped illegally in the city. Mayor Robert McConnell said he wanted to see the city receive a noticeable return on its $1.9 million payment to Recology for blight reduction.

“I see no reason, going forward, why this city should not be spick and span, and if it’s not, I think there are going to be some very serious questions and allegations raised,” McConnell said.  “They will be pointed at the council, but they will also be pointed at [Recology Vallejo] management.”

Vallejo originally awarded Recology a ten-year contract, recycling, and bulk waste collection in 2016. The amendment adds five years to the term to pay off the cost of adding trucks and equipment to comply with the new law.

The amended agreement also includes route reviews, outreach about the new regulations, the hiring of a waste zero specialist that will provide audits and outreach to residential and commercial customers. Recology is providing additional collection services, allowing customers to request that the trash hauler pick up bulk items four times a year, up from the two bulk pickups under the current contract.

The city will evaluate Recology next year, when it will be able to request a 10-year extension to the contract.

McConnell successfully added his own term that Recology provide any video of illegal dumping captured by the cameras mounted to their garbage trucks.

“We want them to use the cameras if they are out there, driving throughout the city everyday they have the opportunity to spot these things,” McConnell added. “We need more eyes on the road. This is an opportunity, I think we need to take advantage of it, particularly since the ratepayers are paying for those trucks and cameras.”

Councilmember Katy Miessner, at large, was absent from Tuesday’s meeting.