Vallejo adult school to be renamed for former teacher

The Vallejo school board voted 4-1 to rename the Vallejo Regional Education Center to the Vallejo Adult School at Al Berenguer Educational Center.
Share this news on: 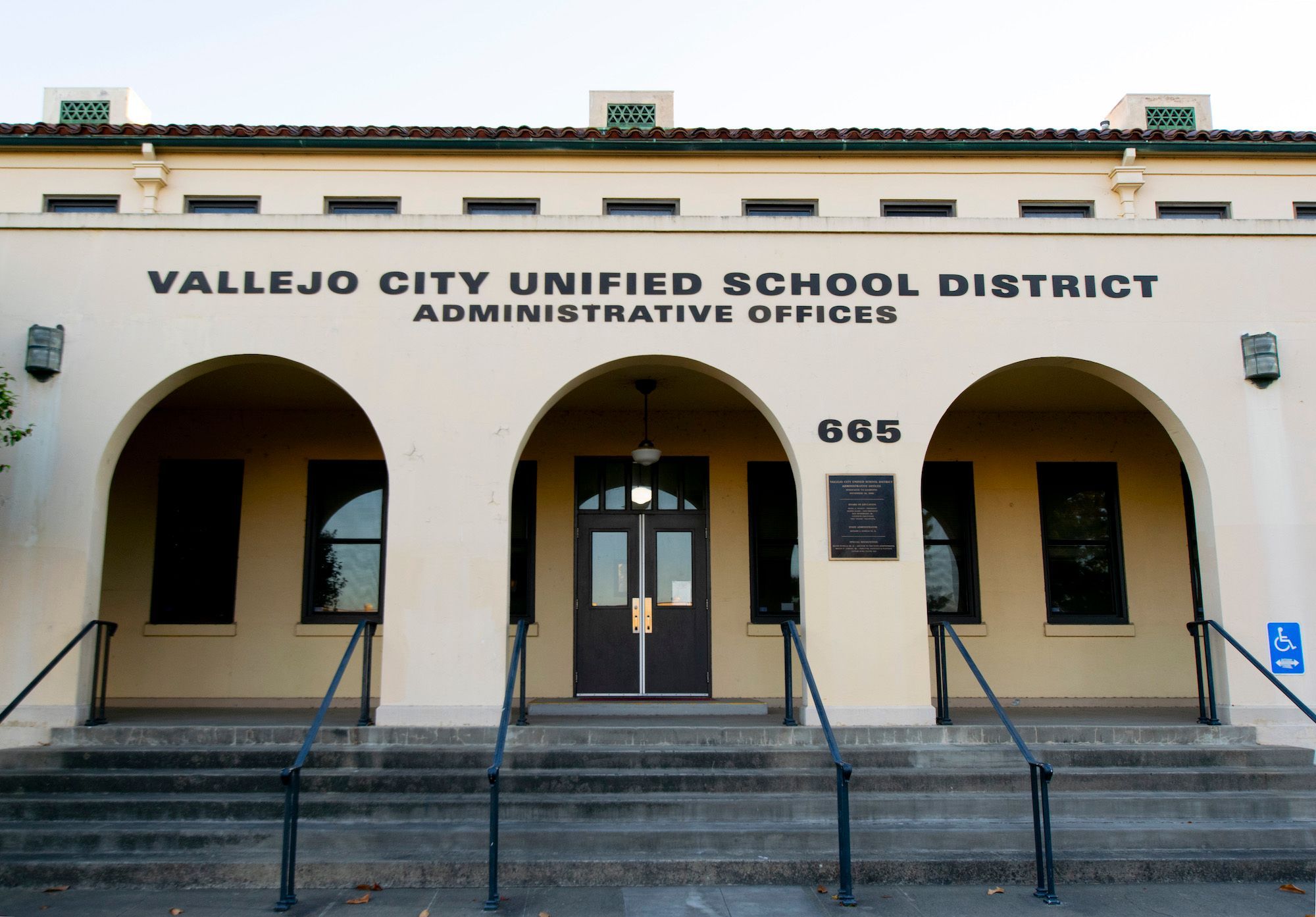 VALLEJO – The Vallejo City Unified School District voted to rename a school catering to adult learners to honor a former teacher on Wednesday, despite one school board trustee calling the move “rushed,” and part of “dirty politics.”

The Vallejo school board voted 4-1 to rename the Vallejo Regional Education Center to the Vallejo Adult School at Al Berenguer Educational Center.

The lone ‘no’ vote came from Trustee John Fox who argued Berenguer’s name shouldn’t be added because the school has a 70% Hispanic student population. Berenguer, a beloved Filipino educator, died in April 2018 at the age of 89. He taught in the district for 50 years, including at the adult school, which currently has a Filipino student population of 2%.

While not mentioning him by name, Fox appeared to accuse fellow Trustee Tony Ubalde of trying to get the name changed before he leaves the board next month.

Ubalde responded later, saying that the district doesn’t have a school that is primarily Filipino because “they are all over the place.”

Fox also pointed to a special citizens advisory committee which recommended this month that the district switch the name to simply Vallejo Adult School while officials looked at finding another location to honor Berenguer.

Laura Dutch, principal of the school, asked the board to honor the recommendation from the committee and a survey from current students that supported renaming the school to just Vallejo Adult School.

“Adding a person’s name to Vallejo Adult School will make it longer than it currently is, it will be confusing to students, and detrimental to our enrollment numbers,” Dutch said.

Fox and a teacher at the school, Mary Bustamante, argued that the length of the name would confuse English as a Second Language students and stifle enrollment.

Board Vice President Christy Gardner agreed that changing the name to at least Vallejo Adult School is a good idea because “it’s hard to find otherwise.” But she disagreed with Fox on keeping Berenguer’s name off the official change.

“But that doesn’t mean that we exclude a member of the community that gave so much to this community,” she added.

Gardner also addressed Fox’s comments on the student demographics of the school.

“But what is it going to be next year or five years from now, or 10 years from now,” Gardner asked. “We can’t call a school, a Filipino school, or a Spanish school, it’s a school with students that need to learn and Al Berenguer gave to this community for over 50 years.”

Naming the school after Berenguer received support from several elected officials, including Vice Mayor Rozzana Verder-Aliga, and Glenn Amboy, who each read letters written by others supporting adding Berenguer’s name to the school. Amboy will join the school board next month replacing Ubalde after he was the only person to file candidacy paperwork.

“It is time to honor Mr. Al Berenguer’s time at Vallejo Adult School,” Matulac said. “Which by adding his name would help tout Vallejo as the most diverse community in the country.”

Berenguer’s son, Ignatius “Ike” Berenguer, highlighted his father’s tenure with the district, including teaching at Franklin and Vallejo junior high schools, which are no longer open.

“One of the things that he took most pride in was being a teacher, being an educator,” Ike Berenguer said.

The district previously considered naming a school after Berenguer in 2019, when the board was split on renaming Vallejo Middle School as the John W. Finney Education Complex in honor of the longtime educator. There had been calls from prominent Filipinos in the community, including Verder-Aliga, to consider naming it after Berenguer.

The school was previously called the Vallejo Adult School until the district changed the name to the Vallejo Regional Education Center a decade ago.