Steven Wink died during a wildfire near Vacaville.
Share this news on: 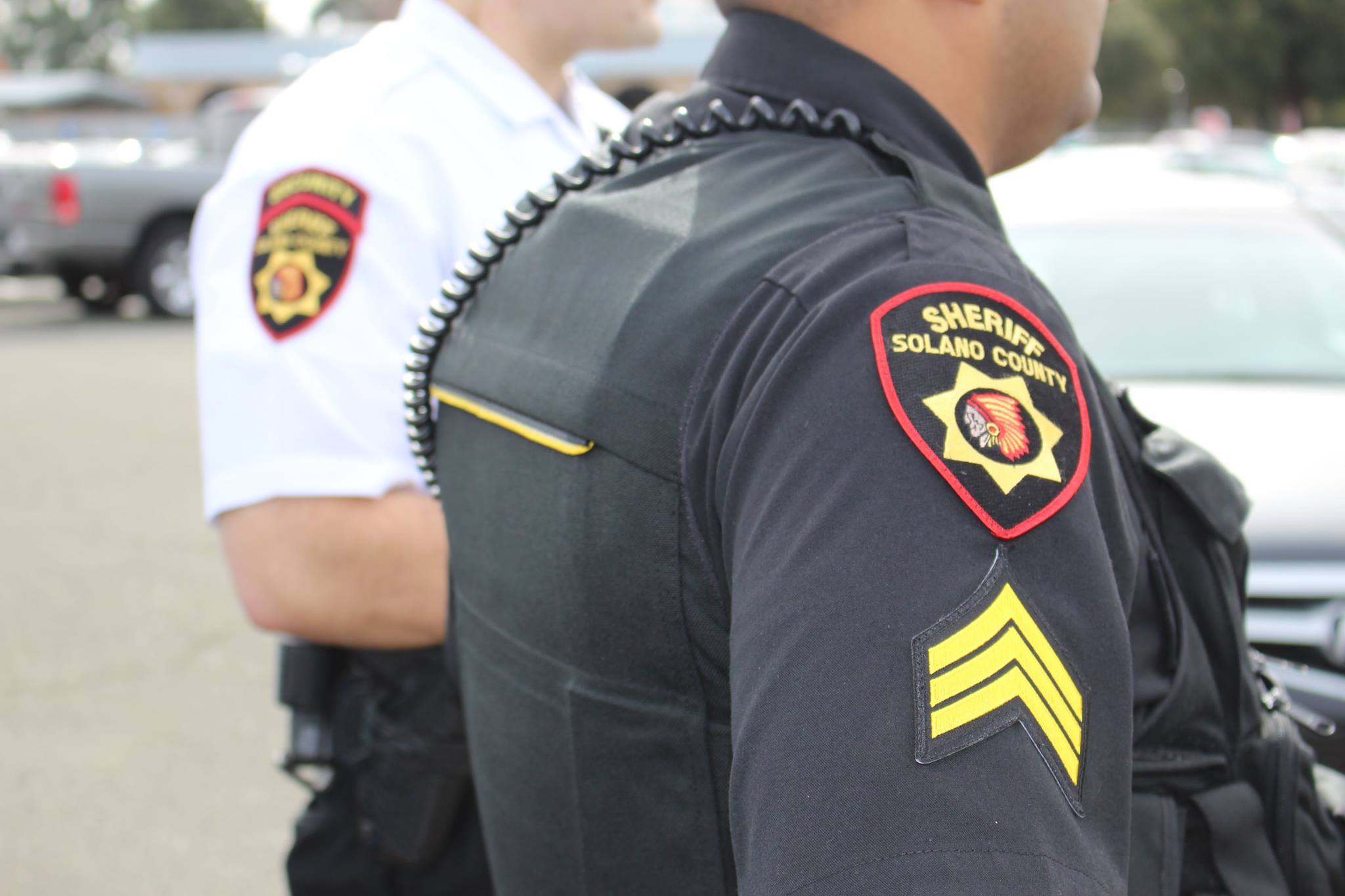 FAIRFIELD – The family of a PG&E employee who died during a wildfire near Vacaville in 2020 has sued the Solano County Sheriff’s Office, alleging it conducted a negligent investigation into the man’s death, falsified records and destroyed evidence.

The lawsuit was filed in Solano County Superior Court on Sept. 20 by Kimberly Wink and her three children. Wink’s husband, 60-year-old Steven Wink, worked as a “trouble man” for PG&E and died on Aug. 19, 2020, while responding to the LNU Lightning Complex fire, one of a series of massive fires throughout the state caused by dry lightning storms.

The coroner’s office found that Steven Wink’s death was “natural,” and an autopsy determined that it was caused by “severe coronary arteriosclerosis.”

But the lawsuit alleges that the sheriff’s office — which runs the coroner’s office and is responsible for investigating unexplained deaths in the county — did not examine the scene and did not attempt to review records from paramedics who treated Steven Wink nor records from the emergency room where he was pronounced dead. His body was removed from the morgue to harvest his organs for donation prior to the autopsy.

“The autopsy is therefore tainted, unsubstantiated, and not of value, except to any organization that would use the fact stated in the certificate of death to their advantage, particularly the insurance companies,” the lawsuit states.

Steven Wink’s work for PG&E involved clearing fire areas of poles, wires and trees so that firefighters could safely come into the area, according to the lawsuit.

On Aug. 19, 2020, he was working in that capacity during the LNU Lightning Complex fire, a series of wildfires across the North Bay that burned from Aug. 7 to Oct. 22. The fire was the sixth-largest ever in California. Six people died, five were injured, 1,491 structures were destroyed, 232 were damaged and 192,000 acres burned.

According to a claim, a precursor to a lawsuit, filed by the Wink family, the day Steven Wink died the temperature in Vacaville was 105 degrees and the air quality was hazardous.

Wink was found unresponsive in his PG&E truck by a local farmer, according to the lawsuit. The truck was damaged and there were fallen electrical poles and wires nearby, so the farmer was afraid to touch the truck. A PG&E infrastructure protection team responded, cleared the wires and attempted CPR.

Paramedics also responded, continued CPR, and took Wink to VacaValley Hospital, where doctors determined that he had died at the scene. The emergency room doctor pronounced him dead at 4 p.m. from cardiac arrest, according to the lawsuit.

According to the claim, paramedics requested the sheriff’s office respond to the hospital to investigate the unattended death. But after the sheriff’s patrol sergeant on duty that day, Sgt. Jason Speakman, consulted with the coroner’s office supervisor, Sgt. Corey McClean, no deputies were dispatched to the hospital nor the scene of Wink’s death.

Wink’s body was taken to the Solano County morgue for an autopsy. But according to the lawsuit, coroner’s investigator Deputy Jessica Dew determined Wink’s death was by natural causes before any autopsy was conducted and without reviewing the records from paramedics or emergency room doctors.

The sheriff’s office never investigated the scene of Wink’s death. But PG&E crews responded to the scene within 24 hours and disposed of any evidence left behind, including the damaged truck, debris on the ground, and the fallen power pole, according to the claim.

Dr. Arnold Josselson, the forensic pathologist who conducted the autopsy, was not provided with the paramedics’ or emergency room doctors’ records from the day of Wink’s death, but was provided with his medical history, according to the claim.

Wink’s body was removed from the morgue for organ donation prior to the autopsy without his family’s permission. The sheriff’s office kept no record of Wink’s body’s removal from its facility, the lawsuit states. His skin, major organs, bone, muscle, ligaments and tendons were removed, according to the family’s claim.

“This cleansing and dismantling of Mr. Wink’s body forever denied the forensic pathologist of essential body parts and evidence normally required to conduct an accurate and useful autopsy,” the claim states.

The coroner’s office also destroyed a bag of Wink’s clothes and other personal items as well, which the lawsuit argues was potential evidence.

According to the lawsuit, when Kimberly Wink filed a worker’s compensation claim with the state, PG&E immediately denied it, citing the coroner’s office findings that her husband had died by natural causes. Kimberly Wink later prevailed in arguing that the death was a result of a work-related accident, according to the suit. She has not, however, been able to collect her husband’s life insurance policy because of the coroner’s findings.

The following year, Kimberly Wink had a meeting with the sheriff’s office when they acknowledged that there were problems in the way that the investigation was handled.

“It’s absolutely an industrial accident and it should have been documented,” sheriff’s Sgt. Jacob McNeil said in a recording of the 2021 conversation with Kimberly Wink published in the ABC10 documentary.

But the sheriff’s office has not taken any further responsibility nor changed the findings of its investigation, leading Steven Wink’s family to pursue legal action. The family submitted their claim for damages on June 1, and the county rejected it on June 10, clearing the way for the family’s lawsuit.

“I’ve lost my husband, I’ve lost his income, I lost his pension, I lost my medical, dental, vision,” Kimberly Wink said during the 2021 meeting with the sheriff’s office. “He worked 37 years for this company and died on the job. I don’t think you would treat one of your own like that.”