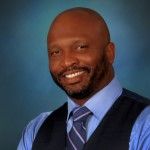 VALLEJO – Councilman Hakeem Brown received more bad news over the weekend as both Assemblyman Tim Grayson, and Vallejo Councilwoman Pippin Dew pulled their support for Brown’s mayoral run after news about his criminal past surfaced this week.

“It is false choice to believe that one must choose between support for those traumatized by domestic violence – who deserve to have their stories heard and valued – and those who depend upon restorative justice to rebuild their lives,” Grayson wrote in a statement released by his campaign. “In light of the recent information that has been disclosed, it is with much consideration that I rescind my endorsement of mayoral candidate Hakeem Brown.

“My thoughts and prayers go out to all parties involved, especially to the community of Vallejo,” Grayson added.

Meanwhile, Dew, a longtime supporter of Brown, announced that she, too, would be rescinding her endorsement of his campaign.

“I have not seen an individual work so hard or pour more of their heart into this community as I have seen from Councilmember Brown,” she wrote in a statement posted to her official council Facebook page. “However, in light of the information released this past week that I was not previously made aware of, I am rescinding my endorsement of his mayoral campaign at this time. I will stand by the vote of our residents, and encourage all to be diligent in their research of all candidates.”

Dew’s announcement comes just days after she told the Vallejo Times-Herald that it was improper to “judge people by allegations” and that she hoped “the truth will come out.”

Grayson and Dew aren’t the only ones to distance themselves from Brown amid the controversy. On Friday, ValPAC, the political arm of the Vallejo Chamber of Commerce also took back their endorsement of Brown.

The United Democrats of Southern Solano County have called for Brown to halt his campaign and step down from the city council.

“The United Democrats of Southern Solano County deplores the domestic violence of Councilmember and Mayoral candidate Hakeem Brown. We call upon all elected officials, community leaders, and organizations to rescind their endorsements of Mr. Brown and condemn his actions in no uncertain terms,” the group wrote in a Facebook post. “Anything less is tantamount to condoning domestic violence and further victimizing his victims. We further call upon Mr. Brown to suspend his candidacy and resign from his council seat.

“Mr. Brown’s domestic violence, his continued mistreatment of community members, his council term and his continued candidacy are an embarrassment to Vallejo. Only his departure from the council and the mayoral race can begin the healing process Vallejo so desperately needs,” they further wrote.

The group has endorsed Councilman Robert McConnell for mayor.

Brown was adamant that he would continue to spend the rest of his life “working to make amends for the harm [he] caused others and will strive every day to be the leader –and equally important, the man – that the citizens of Vallejo deserve and can be proud of,” he said in a statement released by his campaign in response to the articles.

Brown said he would still be running for mayor.

“I am fully prepared to accept the ultimate will and judgement of you– the people and the voters that I serve,” he wrote.