The $89.7 million price tag includes a full renovation of the John F. Kennedy Library to accommodate Vallejo police, which will cost $69 million. It will then cost the city $20.7 million to retrofit the office building at 400 Mare Island Way into a new two-story library.
Share this news on: 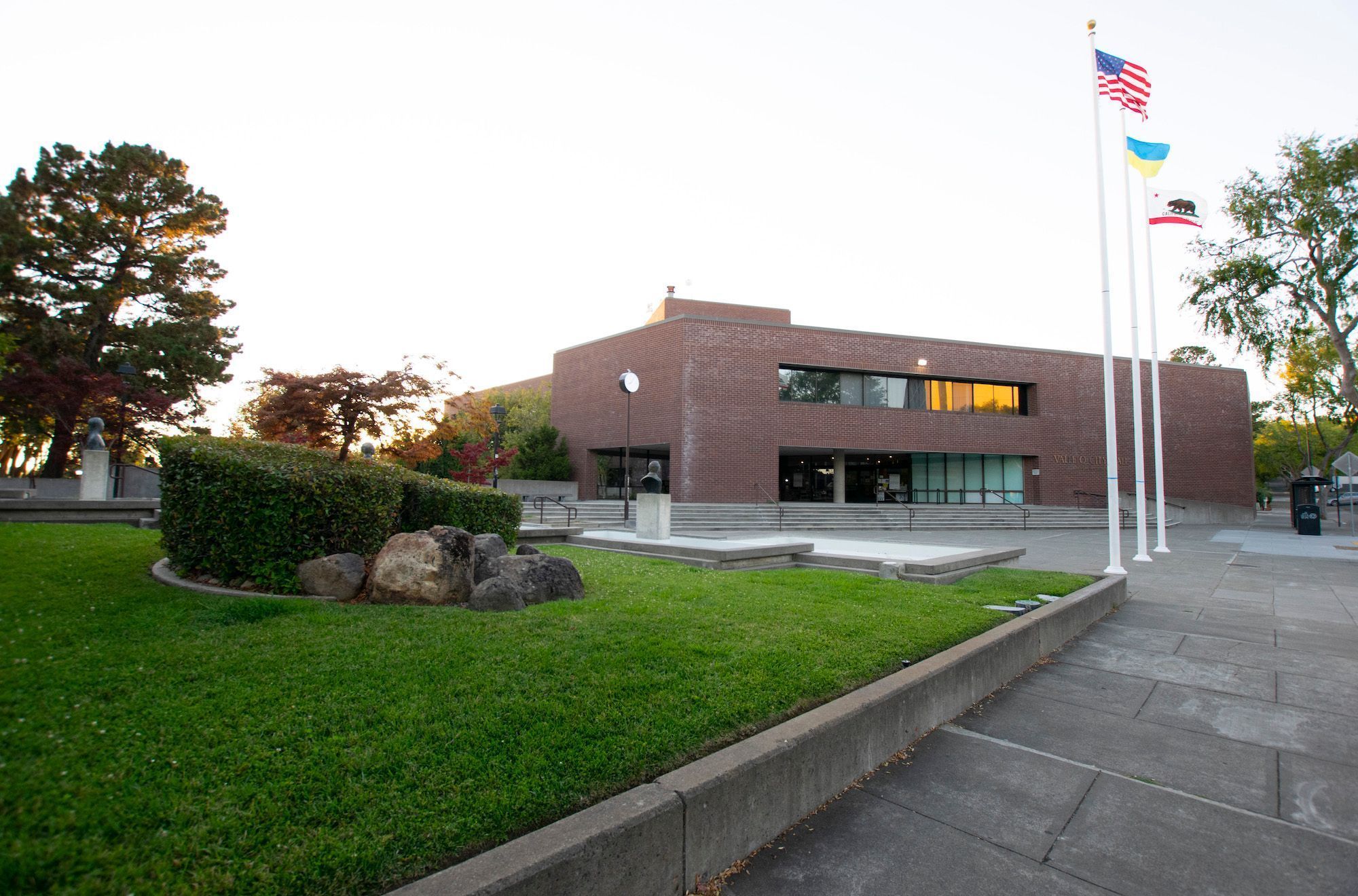 VALLEJO – A new feasibility study concludes that it will cost just under $90 million to retrofit two downtown buildings for future use by the city’s police force and the Solano County library system.

City staff will present the results of the study during Tuesday’s City Council meeting. The $89.7 million price tag includes a full renovation of the John F. Kennedy Library to accommodate Vallejo police, which will cost $69 million. It will then cost the city $20.7 million to retrofit the office building at 400 Mare Island Way into a new two-story library.

City staff also will present a plan for a partial remodel of both buildings which is expected to cost the city about $53 million. Both remodels would take about four years.

The feasibility study is the latest development in the city’s search for a new headquarters for the Police Department.

In March, the council was poised to approve taking out a $30 million loan from the California Infrastructure and Economic Development Bank (IBank), to fund design and retrofit work to 400 Mare Island Way as the new police headquarters. However, the council ordered the new feasibility study when community members demanded the city consider other locations.

Opponents argue the department shouldn’t be rewarded with a new building while it is being investigated for a number of police shootings and killings, and they question the location of the building near the water as sea levels rise due to climate change.

City staff say the current Vallejo Police Department Building at 111 Amador has deteriorated to such an extent that it is no longer suitable.

“The building has outdated HVAC systems, along with lead, asbestos issues that require continual monitoring and ongoing costs associated therewith,” Assistant City Manager Terrance Davis wrote in a staff report to the council. “Further, the building lacks adequate backup power generation and has recently lost power for extended periods of time, impacting the efficiency of operations. The City has been discussing a new police facility for more than 20 years with very little progress.”

Earlier this week the council quietly approved an official response to a Solano County Civil Grand Jury report that admonished the city for not providing a new building for the city’s police force.

But Malone also pointed out other issues that were also hurting the city’s ability to hire new officers.

“There are a range of other factors including, compensation, workload, training, diversity and community support that also impact law enforcement recruitment,” Malone wrote. “In addition, there is a nationwide challenge in the ability of local governmental entities to attract and hire new employees.”

The only comment on the report came from resident Anne Carr, who said the public never got a chance to discuss the grand jury’s report which was issued over the summer.

“They are ignoring the elephant in the room, which is that they have one of the worst records for wrongful death and excessive use of force in the state of California,” Carr said about the report and why the department has trouble recruiting members. “I imagine that has more impact on retention and recruitment of people than a [lack of an] office.”