Daughter of fallen Vallejo officer: dad would be ‘honored’ by street renaming

“He loved the city of Vallejo so much. We always joked that he loved the kids in Vallejo more than us,” Justine Capoot said.
Share this news on: 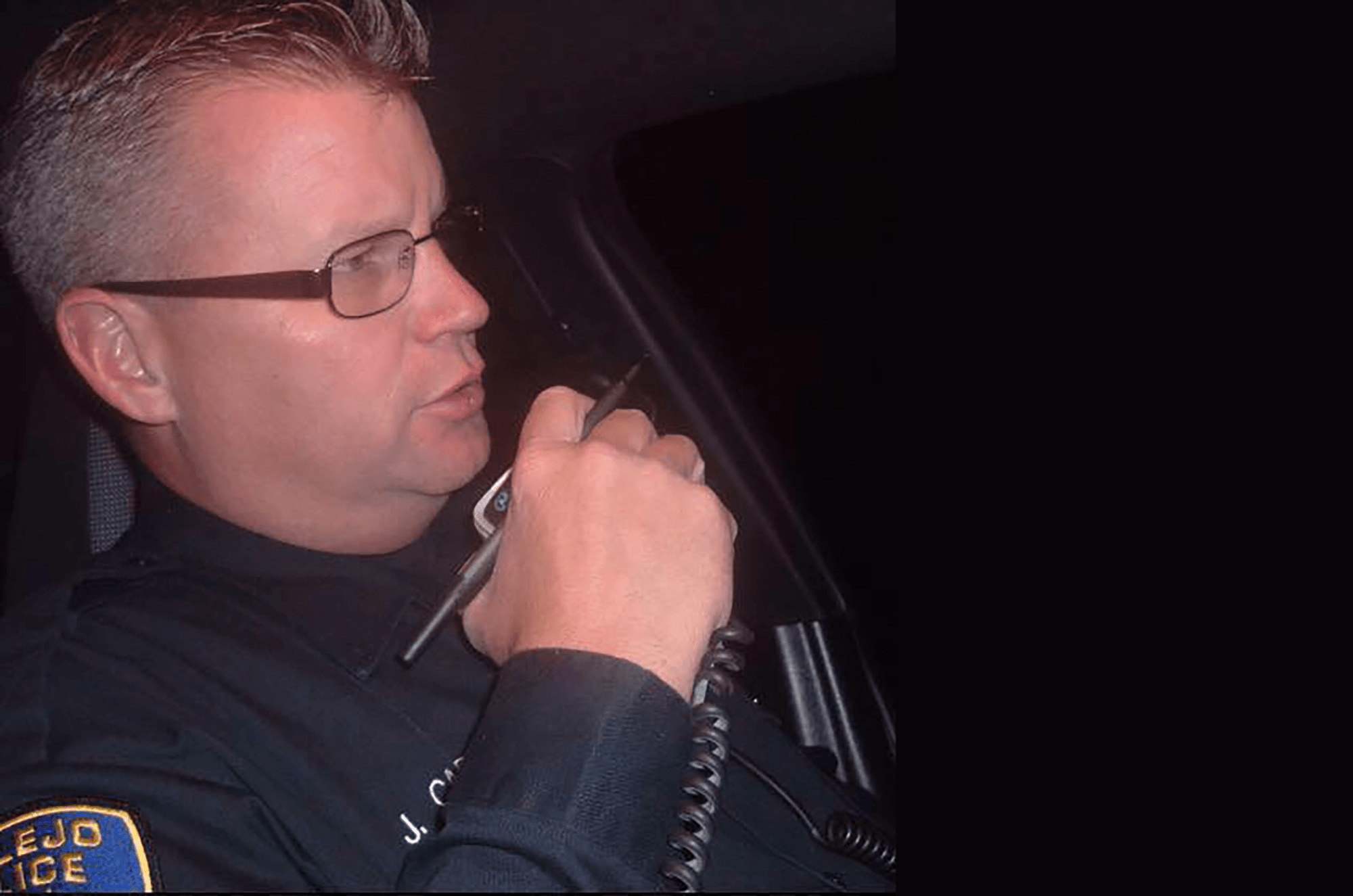 VALLEJO - Justine Capoot attempted to hold back tears Tuesday night as the Vallejo City Council voted to rename a street on Mare Island in honor of her father, Vallejo police officer James Capoot, who was shot and killed as he pursued a bank robber in November 2011.

“He loved the city of Vallejo so much. We always joked that he loved the kids in Vallejo more than us,” Justine Capoot told the council. “I just know that he would be absolutely honored to have Oklahoma Street named James Capoot Street. I know he would think he is so cool.”

The council approved renaming the street to honor James Capoot's time with the U.S. Marine Corps. Prior to joining the Vallejo Police Department, Capoot was stationed at the Marine Corps Security Forces Battalion, Pacific, M37 Marine Headquarters, which is located along the same street. At that time, it was known as 13th Street.

The street also intersects with Azuar Drive, which was named for Vallejo police officer Jeffrey Azuar, who was shot and killed while serving a warrant in April 2000.

District 3 Councilmember Mina Loera-Diaz said she would have liked to have seen a street closer to Vallejo High School be named after Capoot because he coached the varsity girls’ basketball team there for several years before his death.

“He was a good man,” Loera-Diaz said.

Captain Jason Potts said the decision to rename the street “would mean a lot to Jim and his family.”

Potts shared a story of a man known as Mr. C, who lived in the Country Club Crest area in North Vallejo. After Capoot’s killing, Mr. C showed Potts the TV that Capoot gave him, the tree Capoot had trimmed for the man, and the shelf the officer built. Potts further said that Capoot would bring his family and basketball players to the man’s home for the occasional barbecue.

“The things that Jim did, we don’t even know because Jim wasn’t that type of person to broadcast it,” Potts told the council.

Not everyone was thrilled with the idea of the renaming.

Local resident Anne Carr questioned why another part of the city was being named after Capoot as he already has his name on a plaque outside of city hall and a section of Highway 37 near where Capoot was killed was named after him in January 2014.

She also mentioned the current climate between the community and police department.

“Surely, city staff and council know that relations between the community and the police department are sensitive, right now, to say the least,” Carr said. “I think that needs to be taken into consideration before you memorialize (him) again.”

The speaker following Carr disagreed and said that the street renaming is “still not enough” to honor Capoot’s time with the city. The speaker said he served in the Marine Corps and that the community is still “broken” almost 10 years after Capoot’s death.

City staff did confirm that the renaming is in line with a new city-wide renaming policy that the council adopted last month.

Capoot started his law enforcement career with the California Highway Patrol in 1990 before joining the Vallejo police force two years later. During his time in Vallejo, Capoot served as a SWAT officer, and as a motorcycle officer and instructor. He was awarded numerous commendations while with the department.

Capoot was shot and killed by Henry Smith Jr., of Fairfield, on Nov. 17, 2011, following a high speed chase. Smith had just robbed a Bank of America branch in Vallejo when Capoot spotted him. The officer eventually rammed his cruiser into Smith’s vehicle that had become disabled in the Country Club Crest. Smith ran and scaled a fence. Capoot jumped the same fence and was shot several times in the back. Police later found the murder weapon in Smith’s pants.

Smith was sentenced in November 2015 to three life-terms in prison without the possibility of parole.

Councilmember Hakeem Brown praised the officer’s approach to policing and interaction with the community.

“(It’s) what policing should look like in America,” Brown said. “Officer Capoot really exemplified that.”