The Solano County Public Defender's Office is seeking to remove Judge Carlos Gutierrez from all its cases.
Share this news on: 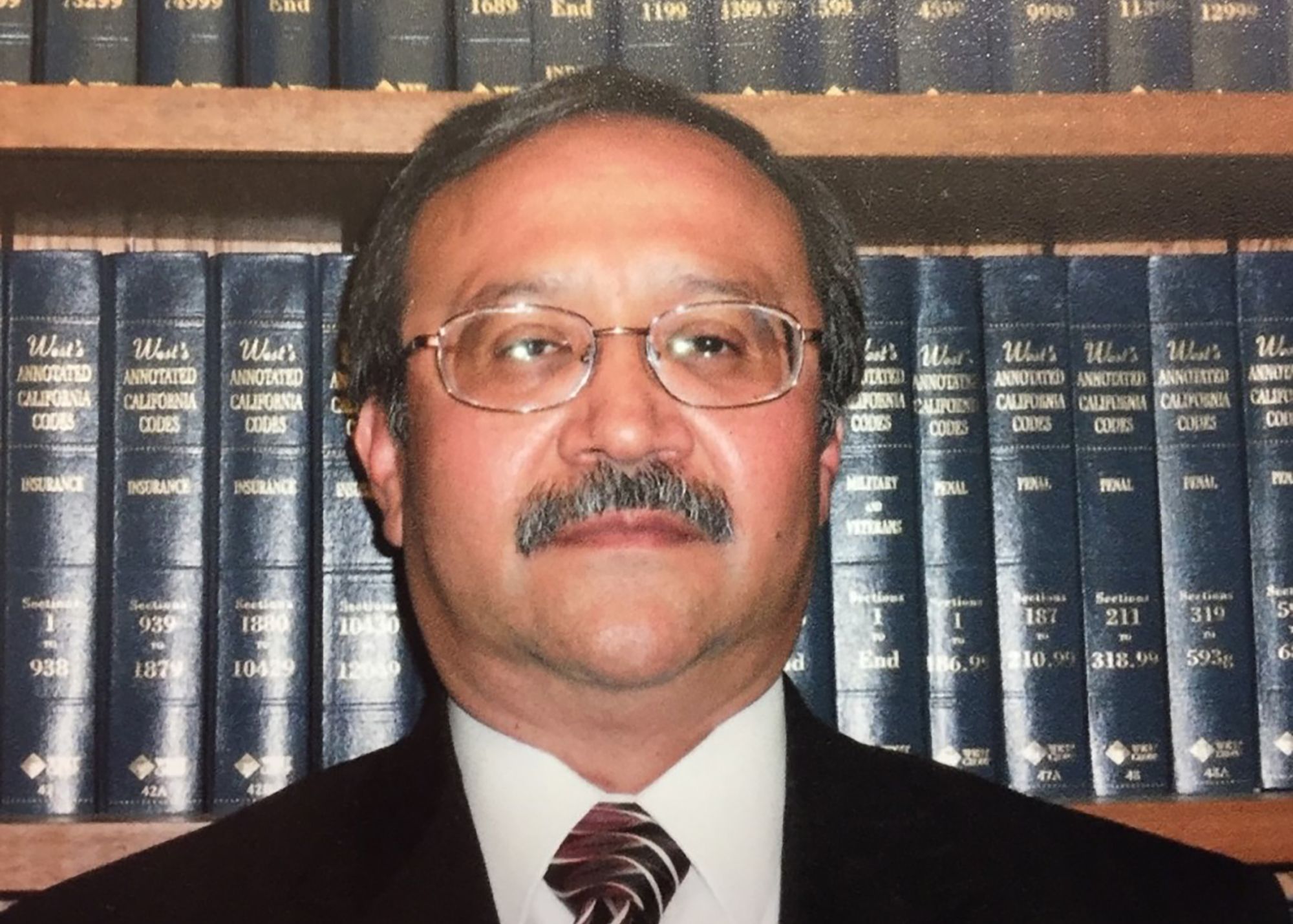 FAIRFIELD – Solano County’s chief public defender is accusing a Solano County judge of making a false statement under penalty of perjury regarding an alleged conversation they had after a courtroom bailiff physically accosted a defense attorney in open court last year.

Solano County Public Defender Elena D’Agustino is seeking to have Judge Carlos Gutierrez removed from another criminal case over the incident, writing in a motion filed on Monday that Gutierrez cannot be impartial in her cases as he called  her credibility into question. The next day, a chief deputy public defender asked Gutierrez to remove himself from all cases involving the public defender’s office.

This follows a filing in the California 1st District Court of Appeal in which the public defender’s office has sought to remove Gutierrez from a case where the bailiff accosted an attorney in the public defender’s office. In that incident, while Chief Deputy Public Defender Tamani Taylor was arguing a bail motion, a bailiff allegedly grabbed her, pulled her backwards and “hushed” her.

D’Agustino contends that she spoke to Gutierrez about the incident and that Gutierrez said he had given a non-verbal gesture to the bailiff to take that action. But when Gutierrez responded to Taylor’s petition to have him removed from the case, Gutierrez wrote in a sworn statement that he never had the conversation with D’Agustino.

“This denial, under penalty of perjury, accuses the appointed Public Defender of Solano County of lying to her Chief Deputy,” D’Agustino wrote in court filings. “I deny any such false statement.”

The incident with Taylor happened during a hearing for James Koontz, who is charged with several counts related to domestic violence and assault on a police officer. His bail was set at $100,000 earlier in 2021, but in September, Taylor filed a motion to reduce it.

On Sept. 16, Koontz had a bail hearing in Gutierrez’s courtroom. According to a transcript of the proceedings included with Taylor’s challenge, as Gutierrez was finishing his remarks denying Koontz’s motion for reduced bail, Taylor said, “I understand that your honor,” and then, “At some point we’re going to have to transition him into the community.”

Gutierrez responded that Taylor was interrupting him. Taylor then said, “I don’t need to be touched.”

According to a sworn statement from Taylor and the petition filed in the appellate court, the bailiff grabbed her shoulder from behind and pulled her backwards. Taylor wrote that the bailiff “made a sound that basically conveyed the intention that I should stop talking.”

The court filings do not name the bailiff, but a source with knowledge of the incident told the Vallejo Sun that it was Solano County Sheriff’s Deputy Amanda Schwarz, a former Vallejo police officer who had joined the sheriff’s office earlier that year. In 2019, Vallejo settled an excessive force lawsuit against Schwarz and Officer Robert DeMarco for $175,000. The lawsuit alleged that Schwarz Tased a man multiple times just after DeMarco used a baton to break his arms.

The Solano County Sheriff’s Office did not respond to questions about the deputy’s conduct in the courtroom or whether the office understood it to be at the direction of the judge.

In her filing this week, D’Agustino wrote that Taylor filed a complaint with the Solano County Sheriff’s Office, which provides bailiffs to the court. D’Agustino wrote that she also discussed the incident with Undersheriff Brad Dewall and whether it was appropriate for a bailiff to intervene physically with an attorney without clear direction from the judge.

D'Agustino wrote that she then spoke to Gutierrez about the incident on Dec. 8.

“I told him that the attorneys did not feel safe in his courtroom because law enforcement was permitted to act with what was perceived to be unprovoked aggression with no input from the court and no comment from the court,” she wrote.

Gutierrez allegedly told her that he had looked at the bailiff and “provided non-verbal approval for her to act,” according to D’Agustino. She wrote that she expressed concern that the judge had not first told the attorney that her conduct was out of bounds nor given her an opportunity to correct it. She also said the judge did not warn her that he would have the bailiff act to stop her. According to D’Agustino, Gutierrez then acknowledged that would have been a better practice.

D'Agustino wrote that she then contacted Dewall again. “I thought it was important for him to know that we now understood the conduct of the bailiff was initiated by the judge and not by the bailiff,” she wrote.

Taylor alleges that wasn’t the last time she was treated unprofessionally in Gutierrez’s courtroom. In an incident in November, Taylor wrote that she was observing a mental health court run by Gutierrez. When a client who had previously been represented by the public defender’s office sought assistance, she attempted to contact the client’s previous attorney on her cellphone. But a bailiff loudly exclaimed, “Put your cell phone away!”

Then in January, Taylor said that she entered Gutierrez’s courtroom and quietly asked the opposing prosecutor a question about her case, and a bailiff exclaimed, “No talking in the courtroom!”

Following that incident, Taylor challenged Gutierrez’s impartiality in Koontz’ case and sought to remove him. In a response denying Taylor’s finding, Gutierrez wrote that he did not say what D’Agustino had alleged.

“I deny Ms. Taylor’s allegation that I told Ms. D’Agustino that I gave a nonverbal command to my bailiff to grab Ms. Taylor on September 16, 2021,” Gutierrez wrote.

That assertion led D’Agustino to submit her own challenge to Gutierrez’s impartiality this week, writing that the judge had questioned her credibility and made her a witness against him.

“Judge Gutierrez’ allegation that I lied indicates that he does not trust the word of counsel,” D’Agustino wrote. “If counsel would lie about a discussion with a judge, there is no reason that judge would trust the representations of counsel on matters of law or fact when made in the course of litigation.”

On Tuesday, Chief Deputy Public Defender Oscar Bobrow made an oral motion in court for Gutierrez to recuse himself from all cases involving the public defender’s office, according to court transcripts. Bobrow said that if Gutierrez does not recuse himself, the public defender’s office would file a written objection to the judge hearing their cases. “Your declaration which was filed in the Court of Appeal under penalty of perjury in the Koontz case contains false representations,” Bobrow said.

Gutierrez responded to Bobrow that he would not recuse himself from the cases and said while the time was not right for him to respond to D’Agustino’s allegations, he said, “I think it is inaccurate what is stated in the declarations by Public Defender D'Agustino.