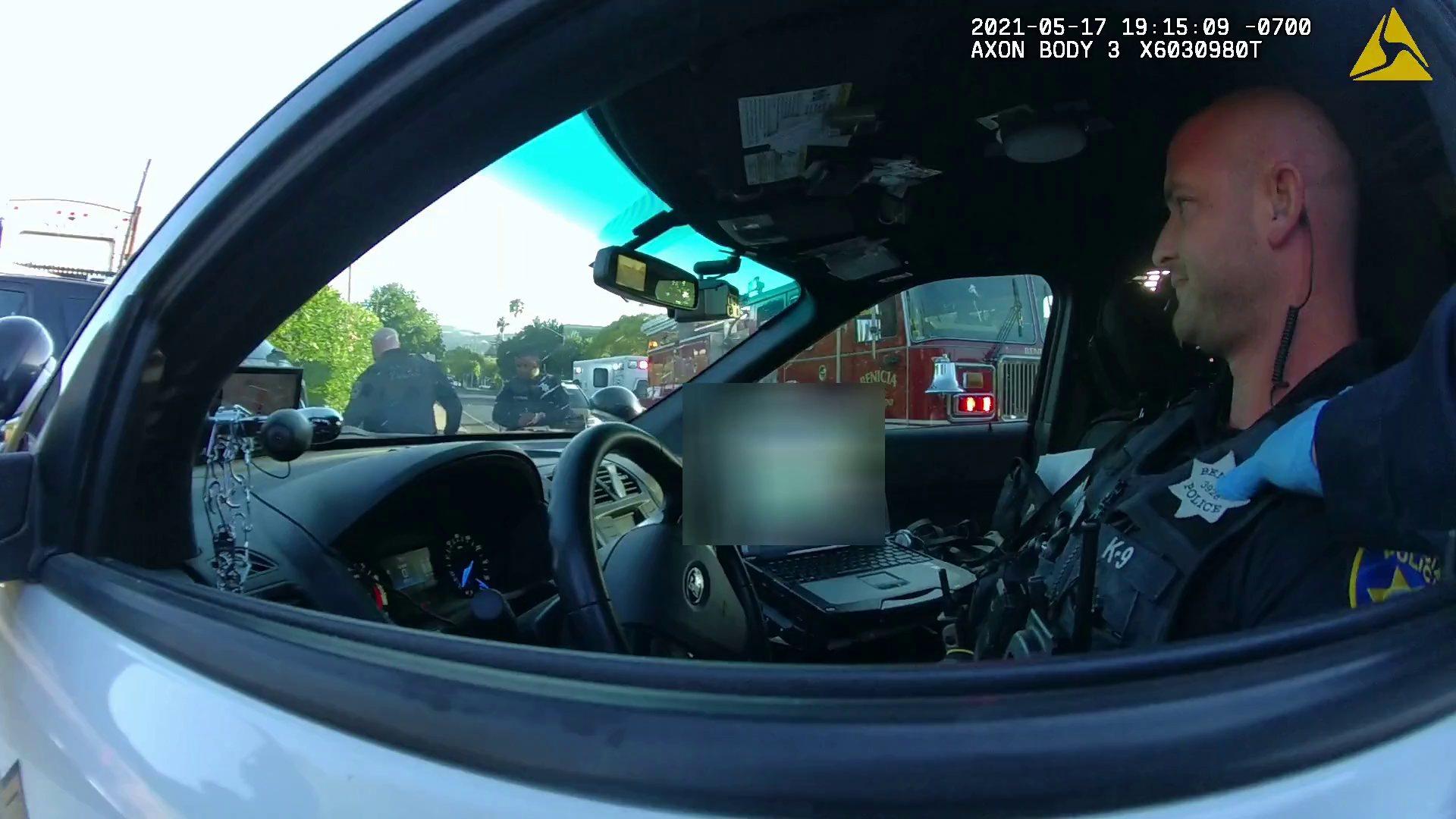 BENICIA – A Benicia police officer was not disciplined after he left a hatch open in his patrol car, allowing his police dog to escape and maul a man who was detained last year, despite the findings of an outside investigator that the officer had violated department policy.

Assistant City Attorney Eli Flushman confirmed to the Vallejo Sun that the city sent no notice of intent to discipline the officer following the incident.

The city of Benicia previously declined to answer questions about whether it disciplined Officer Christopher Francis. In a statement to the Sun in May, Benicia police spokesperson Irma Widjojo said the department takes “these types of incidents very seriously,” had brought in a third-party investigator,  and “put the recommended steps in place at the conclusion of the investigation.”

That investigation was conducted by Chaplin and Hill Investigative Services, a firm owned and operated by former law enforcement officers. It concluded that Benicia police should change their policies regarding dogs to “protect the public from unintentional contact with the canine.”

But the outside investigators also found that Francis had violated department policy because he “neglected his duty to protect the public,” which “amounts to unsatisfactory work performance,” a finding the department apparently declined to take action on.

Benicia police Chief Mike Greene did not respond to follow-up questions about why Francis faced no discipline or whether the dog remained in service.

The city concealed the incident for a year until it was first reported by the Vallejo Sun in June. The Vallejo Sun learned of the incident through a public records request seeking information about police use of force, but the city initially argued it was not a police use of force under the law because Francis did not order the dog to attack. The city later relented and released records, including the outside investigation and video of the incident.

The incident happened after three officers, including Francis, were called to the East N Street Trailer Park shortly before 7 p.m. on May 17, 2021, after multiple people called and reported hearing gunshots. When the officers arrived, they immediately found a suspect identified as Gary Gregory near the park entrance and ordered him at gunpoint to raise his hands.

Gregory complied, raised his hands, backed up to the officers and knelt on the ground with his hands on his head. As Francis approached, Gregory turned and said that he was afraid of the dog. In seconds, the dog darted out of the patrol car and latched onto Gregory’s neck. It would not let go, despite Francis commanding it to do so and pulling it off of Gregory.

Francis later told investigators that he had left a hatch open between the front and back seat of the car, which is designed to hold the dog, but he didn’t think the dog could escape.

The reports of gunfire were determined to be unfounded and Gregory was not charged with a crime. He filed a claim against the police department in November, which is typically a precursor to a lawsuit.

The small police department was also sued recently for the death of a pedestrian who an officer hit while speeding in 2020. In that case, the California Highway Patrol found that Officer James Franklin would have avoided the crash if he had not been speeding, but the Solano County District Attorney’s Office declined to prosecute. Franklin resigned from the police department last year.

Correction: This article has been updated to correct the title of Assistant City Attorney Eli Flushman.