A California Highway Patrol investigation concluded that Officer James Franklin would have avoided the crash if he hadn’t been speeding.
Share this news on: 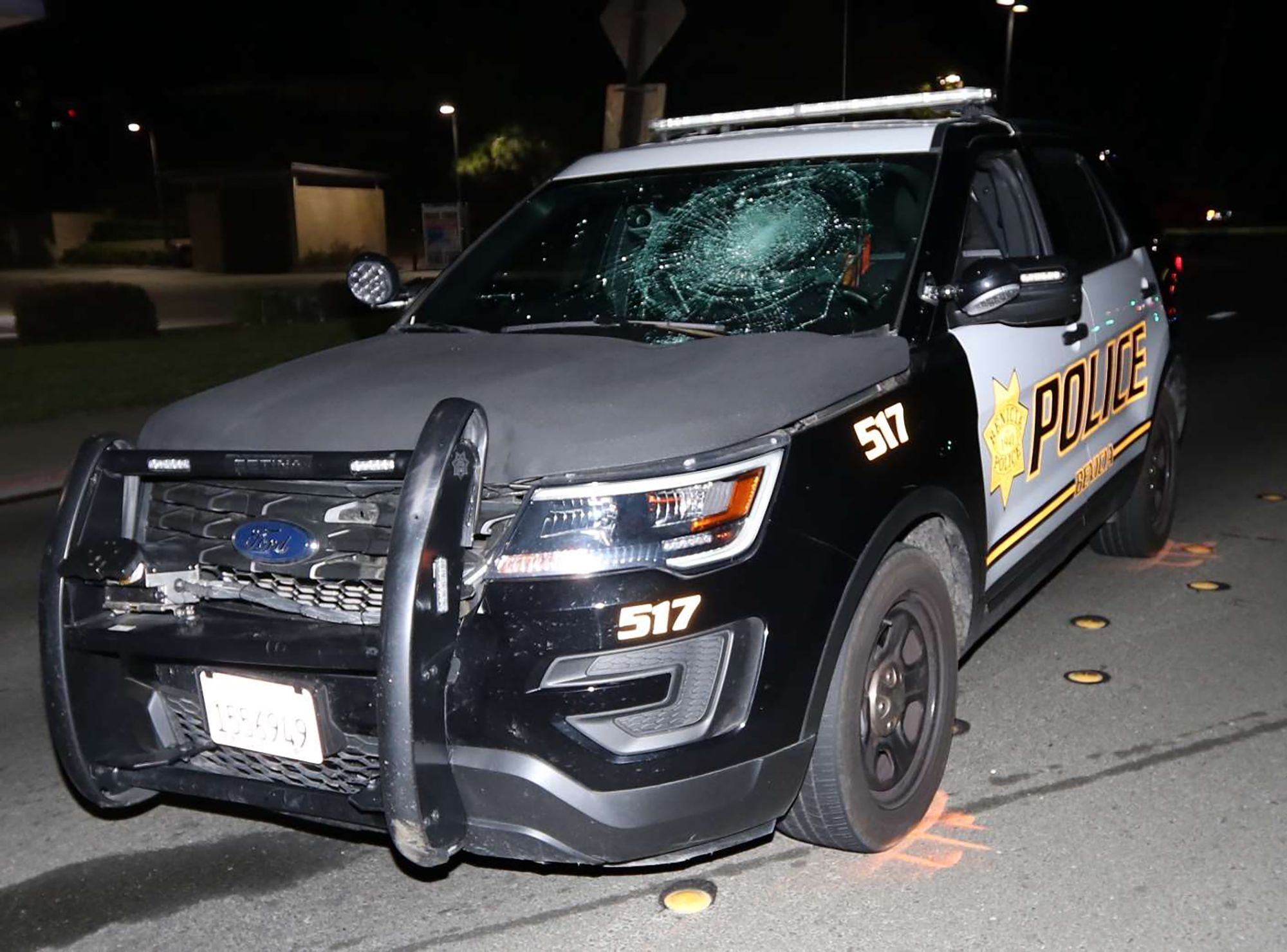 BENICIA – The city of Benicia was sued late last year by the daughter of a homeless man who was hit by a speeding police cruiser and killed while he was crossing the street early in the morning in November 2020, according to records obtained by the Vallejo Sun.

The lawsuit alleges that Officer James Franklin had no lawful reason to be traveling over 60 mph in a 35 mph zone at 2 a.m. on Nov. 11, 2020, as he was not dispatched to a call, was not on his way to a call, and was not authorized to be driving in excess of the speed limit. Franklin struck 48-year-old Scott Hamers while he was crossing the 1900 block of East Second Street.

The lawsuit was filed in Solano County Superior Court by Hamers’ adult daughter, Erika Virga, on Dec. 7, 2021. In March, the city of Benicia filed an answer to Virga’s lawsuit denying the allegations.

Franklin, who had joined the department as a rookie in July 2019, resigned last October, according to the Fairfield Daily Republic. Benicia police Chief Mike Greene declined to provide any information about his resignation or otherwise comment on the incident.

His resignation came about a month before a Nov. 9 letter from the Solano County District Attorney’s Office cleared him of criminal charges in Hamers’ death.

The California Highway Patrol conducted an investigation into the incident that was obtained by the Sun through a public records request. It concluded that Franklin would have avoided the crash if he hadn’t been speeding.

The CHP report noted that the weather was clear, but the moon had not yet risen and the sky was overcast.  Video stills from a car-mounted camera included in the report show Franklin turned left from Military East onto East Second Street, accelerating north. Just before Franklin drove under Interstate 780, Hamers started crossing the street at the intersection with East S Street, beyond the 780 overcrossing.

Hamers was visible at the well-lit intersection in the dash cam stills. Franklin continued accelerating, and struck Hamers while driving at least 61 mph, according to the CHP. Body camera video shows Franklin react to Hamers by moving the steering wheel rapidly six-tenths of a second before Hamers struck the windshield, according to the CHP. Hamers died at the scene.

The city of Benicia declined to release video of the incident.

The CHP’s report calculated that, based on Franklin and Hamers’ estimated respective speeds at the time, had Franklin not been speeding, the crash could have been avoided.

The CHP also found that had Franklin not been speeding, at Hamers’ estimated walking speed, Hamers would have moved out of Franklin’s way prior to Franklin reaching his location, and Franklin would not need to stop or decelerate at all.

Franklin “was driving at a speed which endangered the safety of persons which may present as a hazard,” the CHP report stated, adding that, “had Officer Franklin been traveling at or near the speed limit of 35 mph, he could have braked to a complete stop prior to colliding into Pedestrian Hamers.”

The incident was one of the first to be investigated under the Solano County Officer Involved Fatal Incident Protocol after it was updated following the Vallejo police shooting of Sean Monterrosa, in which the DA’s office is required to investigate fatal incidents involving police officers.

The DA’s office’s four-page letter, signed by Acting Chief Deputy District Attorney Bruce Flynn and DA Krishna Abrams, does not include the CHP’s analysis. Instead, it notes Hamers’ dark clothing and states that the “area of the street was poorly illuminated,” despite that the CHP report identifies numerous light sources surrounding the intersection and shows that Hamers was visible in car camera footage. The DA’s letter also notes that Hamers had a blood alcohol level of 0.09 percent.

The DA’s letter states that Franklin “may have accidentally hit the accelerator instead of the brake,” though the CHP did not find evidence for this.

“Although Officer Franklin was driving above the posted speed limit, we are unable to prove that his rate of travel was unreasonable given the overall conditions,” the DA’s letter stated. Because the road was dry and traffic was light given the time of night, “the evidence does not show beyond a reasonable doubt that the officer's speed was unreasonable,” the letter states.

Hamer’s family’s lawsuit is pending. Neither Hamers’ family’s attorneys nor the DA’s office responded to requests for comment.