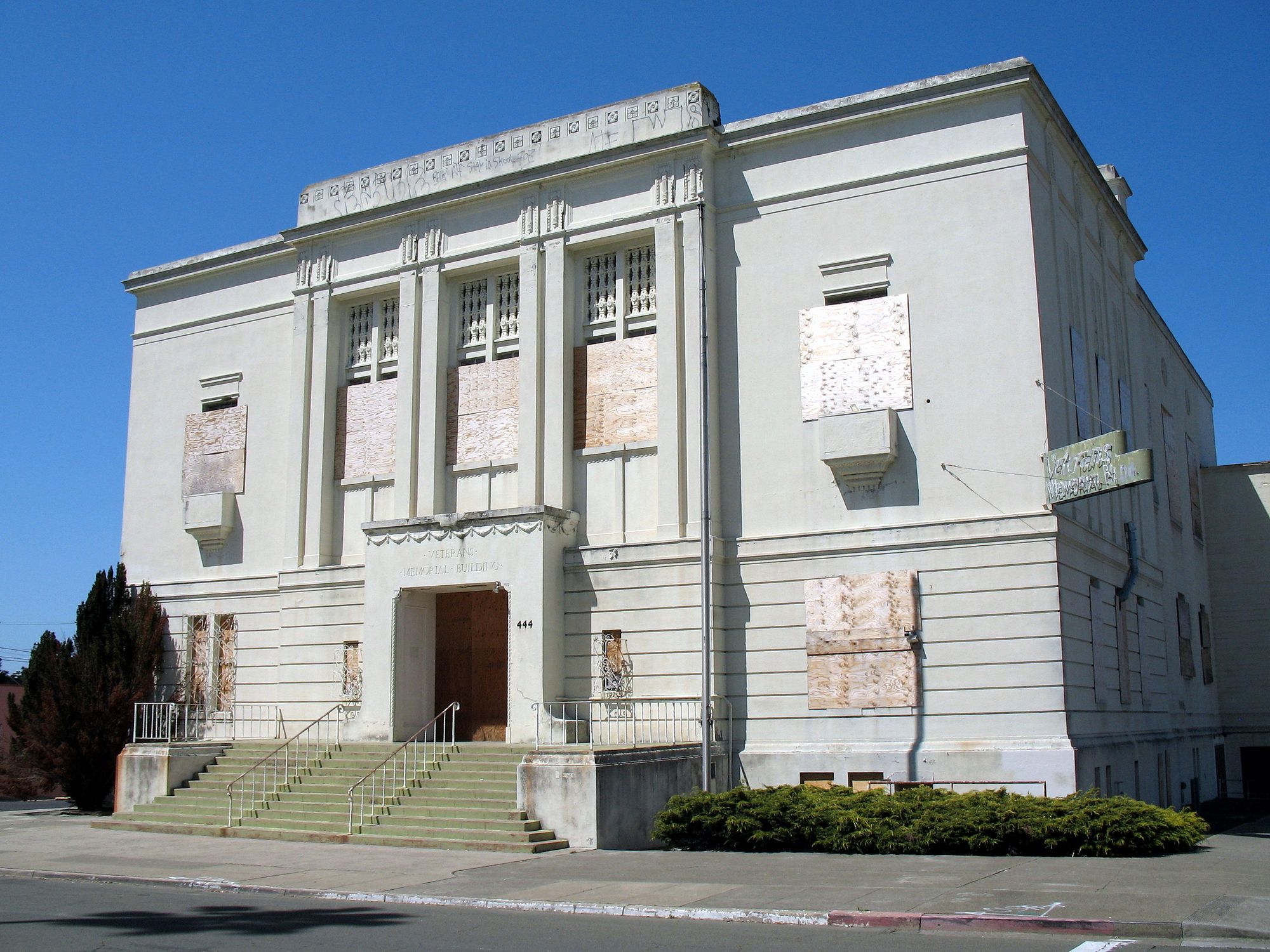 Vallejo may soon have a new venue for weddings, quinceaneras, and other events as the city’s landmarks commission will be asked Thursday to approve interior and exterior alterations to the Veteran’s Memorial Hall – giving new life to a building long closed to the public.

The seven-person Architectural Heritage and Landmarks Commission (AHLC) will review a certificate of appropriateness to convert the 90-year-old city landmark into a private event venue, called The Armada.

Plans also include adding office space and artist studios to the three-story building located at the corner of Alabama and Marin streets.

AHLC approval is required since the building was designated as a city landmark. However, alterations to the building won’t begin until the project receives additional approvals from the city’s planning commission.

That commission is tentatively scheduled to review the application on Sept. 21.

Events will be held on the top floor, the building’s largest meeting room. Hours of operations are proposed for 6 a.m. to 11:30 p.m., Sunday through Thursday, and 6 a.m. to 2 a.m., Fridays and Saturdays. Beer and food would be served during events.

Conversion of the building will not require replacement of any historic features of the building, as exterior repairs of the property will only include painting and removal of rust, among others, according to a city staff report to commissioners.

The applicant is also proposing the removal of meeting rooms and lockers on the second floor to create a “co-working” office space and two new restrooms; conversion of third floor balcony to a lounge; accessibility and safety upgrades including new elevator, restroom remodeling, glass safety panels along handrails and guardrails; relocation of existing bar; new food preparation room; adding an artist space in the basement; new glass front doors to comply with building and fire codes; and new wheelchair lift from parking lot to front entry landing to comply with accessibility requirements, among others.

Originally built in the late 1920s to honor World War I veterans, the building held various military and community events, playing host to Jazz greats Ella Fitzgerald and Fats Waller in the 1940s.

The building has been closed to the public and veterans groups for over 15 years. The building was eventually abandoned due to structural issues following years of neglect.

The Vallejo Architectural Heritage and Landmarks Commission will meet via teleconference, starting at 6:30 p.m., Sept. 17.

The meeting can be viewed by watching Vallejo local channel 28; stream from the city of Vallejo’s website: http://www.cityofvallejo.net/Streaming; join the Zoom webinar: https://zoom.us/j/91400750676