The city said it needs to buy the house to protect the water treatment plant from possible terrorism.
Share this news on: 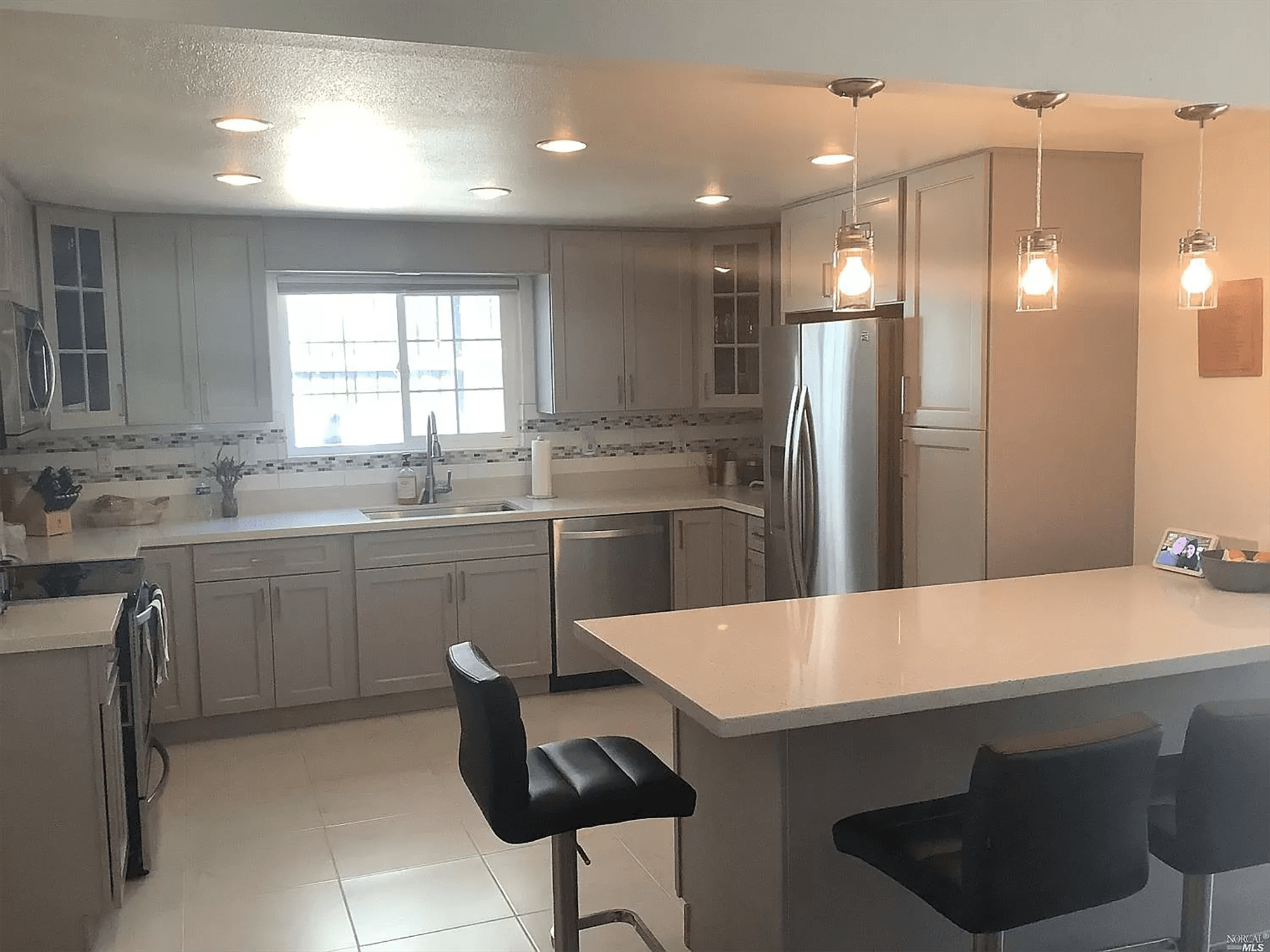 The newly remodeled interior of the home to be purchased by the city of Vallejo. Photo: NorCal MLS.

VALLEJO - Claiming a need to protect the city’s water treatment plant from possible terrorism, city staff is recommending the Vallejo City Council approve the purchase of a residential property for $710,000, which will act as a “buffer” between the neighborhood and treatment plant.

The city’s general fund wouldn’t be affected as proceeds from the 2021 Water Revenue Bond would fund purchase of the property that came onto the market recently, according to the city.

According to the Zillow listing for the property, a sale is pending for the 1,800-square-foot, 4-bed, 2-bath house with new wood laminate flooring “that has been fully remodeled.” It also has a 500-square-foot in-law unit separate from the main house that was built three months ago “and is fully permitted by the city.”

The Fleming Hill facility serves as the city’s main water treatment plant and is home to numerous water-related offices.

While federal agencies have warned of attacks on water systems recently, they have primarily been concerned with cyber attacks, not physical ones.

The city has begun the inspection process and started an environmental review regarding the purchase and will bring back a report to council on Nov. 16 regarding its status.

The report does not explicitly state what the city will do with the property if the sale is approved.

Beth Schoenberger, acting water director, said the city “has no plans to remove or construct any structures on the property,” when reached for comment on Monday.

Purchase of the property isn’t the only security-related item involving the city’s water system on the council agenda.

The council will be asked to approve a $647,553 contract with Access Control System to install a new locking system at several water department properties.

“The Water Department currently uses a technologically outdated locking system to manage security and access to facilities. These locks also do not have the ability to communicate with the City's current software/computerized access systems,” staff wrote in a report to the council. “This technological deficiency equates to a time-intensive manual process.”

Funding for the new system will come from the city’s 2021-2022 fiscal year Water Enterprise Fund.

Also on the agenda Tuesday, the council will be asked to accept the results from the latest round of Participatory Budgeting voting that took place between Sept. 7 and Oct. 7.

Part of accepting the results includes transferring funds to each of the eight winning community projects. They include: $75,000 to help cover basic needs for the city’s unsheltered population; $75,000 to help pay medical bills of pets owned by low-income and unsheltered residents; $75,000 to provide foster youth with mentorship and hands-on job training training; $74,800 to ensure 187 Vallejo City Unified School District children receive meals; $69,288 to help youth and families with financial literacy; $60,000 toward a Firefighter Youth Academy; $55,950 to help fund Meals on Wheels program; and $53,000 to fund a reentry program for offenders.

The city allocated $500,000 toward the participatory budgeting program during the latest cycle. In addition to those funds, the council will need to take the first step in amending the city’s budget by moving $47,000 in discretionary funds from Councilmember Cristina Arriola, District 6, toward the PB budget.

The budget transfer will come back during the council’s next meeting for approval.

The latest round of participatory budget voting was a disappointment for city hall and council as only 1,900 residents voted, well below the city’s goal of 7,000 votes. The highest vote total in the program’s history came during Cycle 5 in April 2018 when 5,200 votes were counted.

The Vallejo City Council meeting is scheduled to begin at 7 p.m. Tuesday and be held via teleconference.