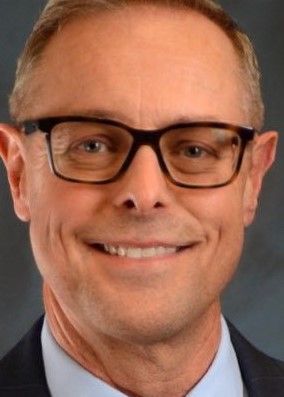 VALLEJO – Randy Risner claims he wasn’t trying to intimidate a former staff attorney when he had a warning letter mailed to the person’s new job last year reminding them about maintaining attorney client privilege and honoring their ethical obligations.

The letter was sent to former Assistant City Attorney Shannon Eckmeyer five days after the city of Vallejo learned she had been named as a witness in a wrongful termination claim filed against the city by former employee Will Morat on Aug. 19, 2020.

“This letter is intended to emphasize your legal and ethical obligations in maintaining confidentiality throughout the course and scope of your employment with the city (of Vallejo), as well as the attorney work product doctrine,” the Aug. 24, 2020 letter reads.

Eckmeyer was warned that should she breach attorney-client privilege, the city could “pursue additional legal action” and possibly file “an ethical complaint with the State Bar of California.”

“Therefore, please be reminded that should you be contacted by any parties (other than
anyone authorized by the City Attorney’s Office) requesting that you share any
information you gained during and throughout the course and scope of your
employment at the City, or to testify as a witness on their behalf, that you must keep
any and all such information confidential,” the city warns, “as the City intends to vigorously assert the attorney-client privilege and will take any and all action to protect its interest in litigation.”

Interestingly, Morat’s claim also named Risner, who was serving as interim city attorney, as one of three city employees who had a hand in his alleged wrongful termination. The other two were Vallejo City Manager Greg Nyhoff and Assistant City Manager Anne Cardwell, according to Morat’s claim.

Morat, and two other senior-level City Hall employees, Slater Matzke, and Joanna Altman, were all fired by Nyhoff on April 23, 2020.

Following Morat’s August claim, all three filed wrongful termination claims against the city last October. The claims, including Morat’s August claim – were denied by the city. Nyhoff, Risner, Cardwell, and former Human Resources Director Heather Ruiz were then named in a lawsuit the trio filed with the Solano County Superior Court on Feb. 9. Filing of a claim is the usual precursor before the filing of a lawsuit.

They allege that Nyhoff “created a culture of discrimination, harassment, and retaliation Vallejo that was so deeply embedded that other employees felt free to do the same,” according to the lawsuit.

Risner admitted to JohnGlidden.com that it was his decision, and not Nyhoff’s, to have the letter sent to Eckmeyer from lawyer Christopher Boucher.

Boucher was previously hired by Risner to conduct an investigation into Nyhoff at this time last year. Morat, Altman, and Matzke were all interviewed with Morat telling ABC 7 last December that he feared reprisal from Nyhoff for participating in the interview.

“At one point I said my concern is that Nyhoff is going to get a hold of this report and when he does he’s going to use it as a hit list to go after anyone that’s critical of him,” Morat said in the same December interview.

Boucher, who also spoke with the news channel, said Nyhoff was cleared of any wrongdoing. However, Boucher said he advised Nyhoff to fire the three “based on facts he learned throughout the investigation process.”

“There was bonafide independent reasons for their terminations that were unrelated,” Boucher told ABC 7. The city has yet to release that information.

Risner, who has since returned to his position as chief assistant city attorney, following the hiring of Veronica Nebb as Vallejo’s new city attorney, said sending the letter was routine, especially when an attorney leaves a city organization.

“It is particularly prudent, when a departing attorney is named as a witness or party in an ongoing claim or lawsuit, to remind that person of their continuing obligation to protect client confidences including attorney/client communications and attorney work product,” said Risner. “The letter is a recitation of existing law concerning the attorney/client and attorney work product privileges and a reminder that the obligation to protect those confidences continues after resignation from employment. It is also a reminder that the City Council is the holder of the privilege and disclosing that information requires Council consent.”

Risner declined to state if Eckmeyer was interviewed as part of the Nyhoff investigation when asked by JohnGlidden.com.

Eckmeyer, who left Vallejo last summer to become a deputy city attorney with the city of San Diego, declined to comment for this story.

The city of Vallejo continues to use the services of Boucher’s law firm. JohnGlidden.com reported this week that Boucher’s firm was tapped to conduct the recruitment for a new human resources director following the resignation of Heather Ruiz in early March.

Ruiz, who was named in the lawsuit, is accused of ignoring multiple discrimination and bullying complaints during her time with the city of Vallejo.