Ryan McMahon was served with a notice of termination on Wednesday.
Share this news on: 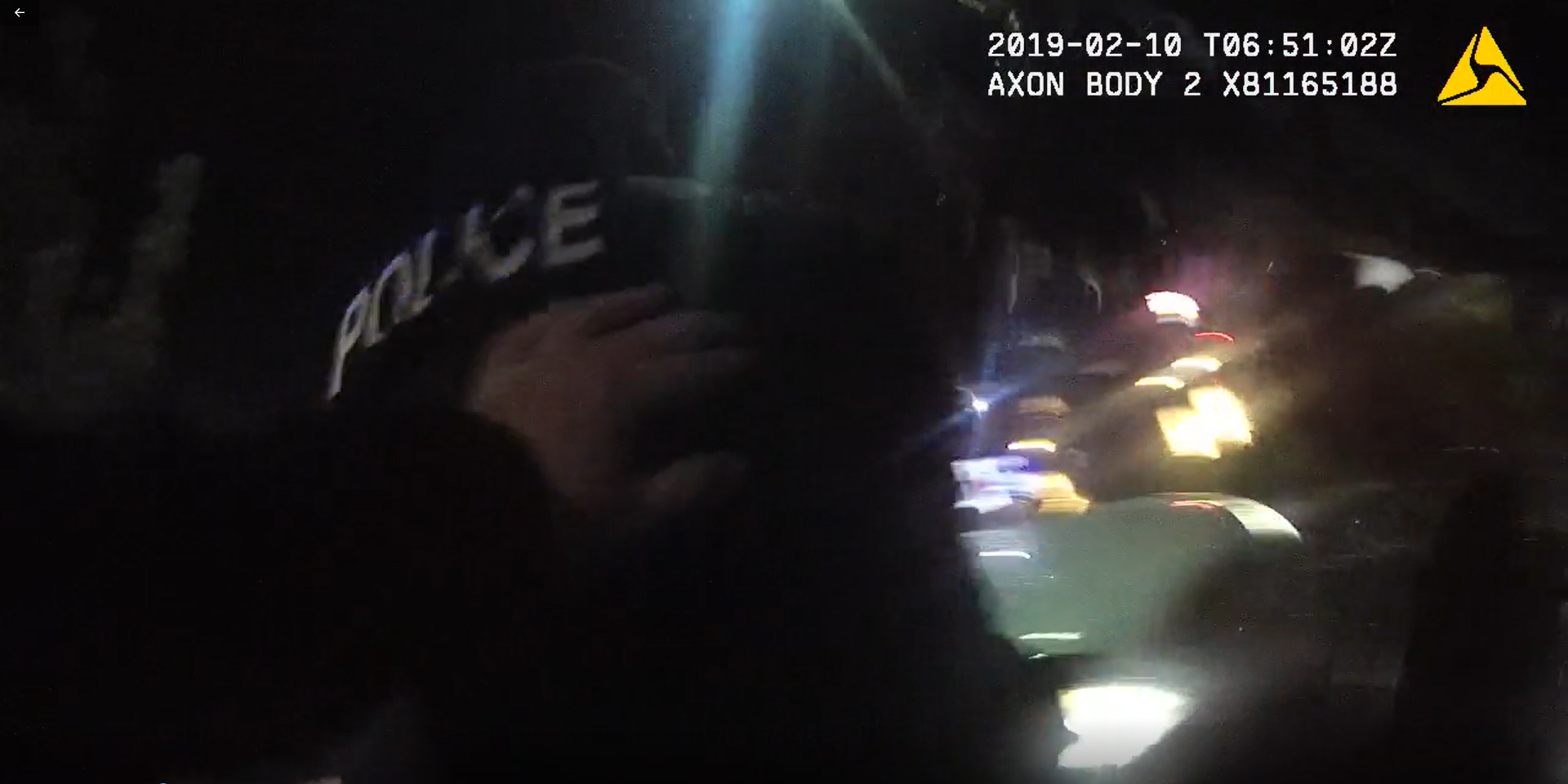 Vallejo police Officer Ryan McMahon fired while another officer was in front of him. Still from McMahon's body camera video.

VALLEJO – A Vallejo police officer was fired this week after he violated several departmental policies during a fatal officer-involved shooting in February 2019.

In a Thursday press release, the Vallejo Police Department announced McMahon was served with a notice of termination on Wednesday following an internal affairs investigation which concluded the officer engaged in unsafe conduct when officers shot and killed Willie McCoy outside a local Taco Bell Feb. 9, 2019.

“Any conduct outside the level of professionalism this City deserves will not be tolerated by the Vallejo Police Department,” Vallejo police Chief Shawny Williams said in a statement released by the city. “I understand we have a long way to go in rebuilding trust among the residents of Vallejo and I will continue to take the necessary steps to better serve this community.”

In August, Williams’ recommendation was released to the public along with several hundred pages of documents in connection with the McCoy shooting. Six police officers fired 55 rounds at McCoy in about 3.5 seconds after he was found unconscious in the driver’s seat of his car outside a local fast-food restaurant. A weapon was found in McCoy’s lap.

Williams said McMahon’s actions were “dangerous” and “violated safety norms of firearms handling” when he began running with his weapon out and extended with another officer in his “cone of fire.”

“(McMahon) violated what he was sworn to do,” Sampayan said on Friday. “He doesn’t deserve to be a police officer.”

McMahon’s firing is the latest black-eye for the department besieged by controversy. In July, the independent newsroom Open Vallejo reported that officers would have their badges bent following a fatal officer-involved shooting.

“I agree with the termination. He sullied the badge as others have with their rituals,” Sampayan said in reference to the badge bending.

McMahon’s body-camera footage shows him arriving outside the Taco Bell, telling individuals to go inside before the shooting begins. Once shots are fired, McMahon is seen raising his weapon while running toward McCoy’s car. However, another officer is already in his line of fire.

McMahon then steps to the left of the officer to get a better angle with his weapon.

Following the shooting, McMahon told investigators that he didn’t notice the officer in his line of fire until after the shooting.

The McCoy shooting was the second fatal-officer involved shooting for McMahon in as many years. McMahon shot and killed Ronell Foster after the two struggled behind a building following a foot chase.

McMahon told investigators that he was attempting to “educate” the man for not having a light on his bicycle when Foster, 32, fled. After a brief pursuit, Foster fell along a walkway as McMahon attempted to arrest him.

McMahon told investigators that Foster “ripped” a flashlight from McMahon’s hand. Fearing for his life, he shot and killed Foster.

“This guy just took my light from me, we’re fighting and nothing I’ve used on him is working. He is gonna smack me in the head,” McMahon said to investigators. “He’s gonna take my gun and shoot me or he’s gonna beat me down with my own flashlight and there’s nobody here to help me and nobody knows where I’m at.”

“It is and was objectively reasonable for McMahon to defend himself and open fire on Foster,” Chief Deputy Paul Sequeira wrote in his investigative report into the incident. “Foster posed an immediate and extreme threat to the personal safety of the police officer seeking his apprehension.”

Following the shooting, Foster’s family sued the city and McMahon for wrongful death, which was settled for $5.7 million earlier this month.