The department’s decision comes days after the Vallejo Sun published an update on the low rate of vaccinated law enforcement officers in Solano County.
Share this news on: 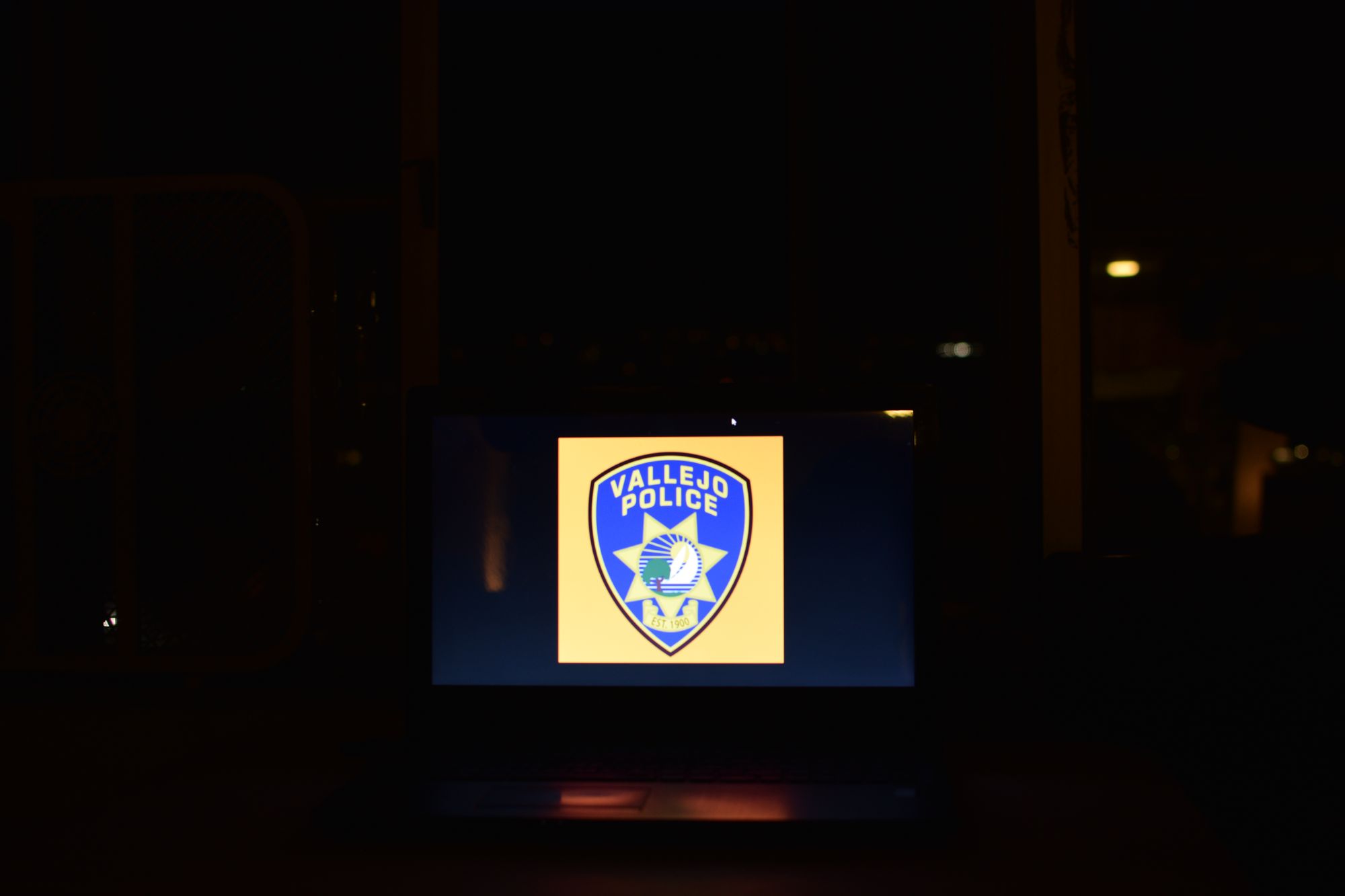 VALLEJO - An event initially planned to be held in person to connect the community with members of the Vallejo Police Department has been switched to a virtual gathering amid concerns about the spread of COVID-19, the department announced Friday afternoon.

The department’s decision also comes days after the Vallejo Sun published an update on the low rate of vaccinated law enforcement officers in Solano County. This outlet discovered that only 18 of the Vallejo Police Department’s 99 sworn officers — or about 18% — have submitted proof that they are vaccinated against COVID-19. That’s slightly above the 17% of Vacaville officers who submitted proof of vaccination.

Vallejo police have never publicly provided information about the number of their officers who have tested positive during the pandemic. Those officers were often in public settings without wearing face masks.

Brittany K. Jackson, Vallejo police’s public information officer, said in a press release Friday that the decision to move the Oct. 20 event was “in response to community concerns about having an in-person community town hall meeting.”

“Instead of an open forum for all, they’ve created hurdles to prevent poor & vulnerable people from participating & will be able to censor and control who speaks,” Nold posted from her personal Twitter . “More cowardly leadership. Typical Vallejo.”

Nold is a longtime critic of the police department and Vallejo city leaders and protested them heavily. She is at the helm of a handful of federal wrongful death and excessive force lawsuits against the city and department, in an effort to reform the beleaguered police force.

The department announced on Oct. 8 that it would host the in-person event to “discuss crime prevention, community policing and listen to your concerns.” That decision drew some concerns from the community as days before, the Vallejo City Council approved an action ordering all city meetings to continue being held via teleconference for the next month, at least.

“As this state of local emergency continues to impact the City, in-person meetings of the City's legislative bodies would present an imminent risk to the health and safety of attendees,” staff wrote in a report to the council on Oct. 5.

The virtual town hall will be held from 6 to 8 p.m., Oct. 20. Those wishing to attend must sign up on Vallejo Police’s Zoom account.