Only about 25% of officers in five Solano County law enforcement agencies have submitted proof of vaccination to their employer, far below the 62% of people 12 and older who have been fully vaccinated in the county.
Share this news on: 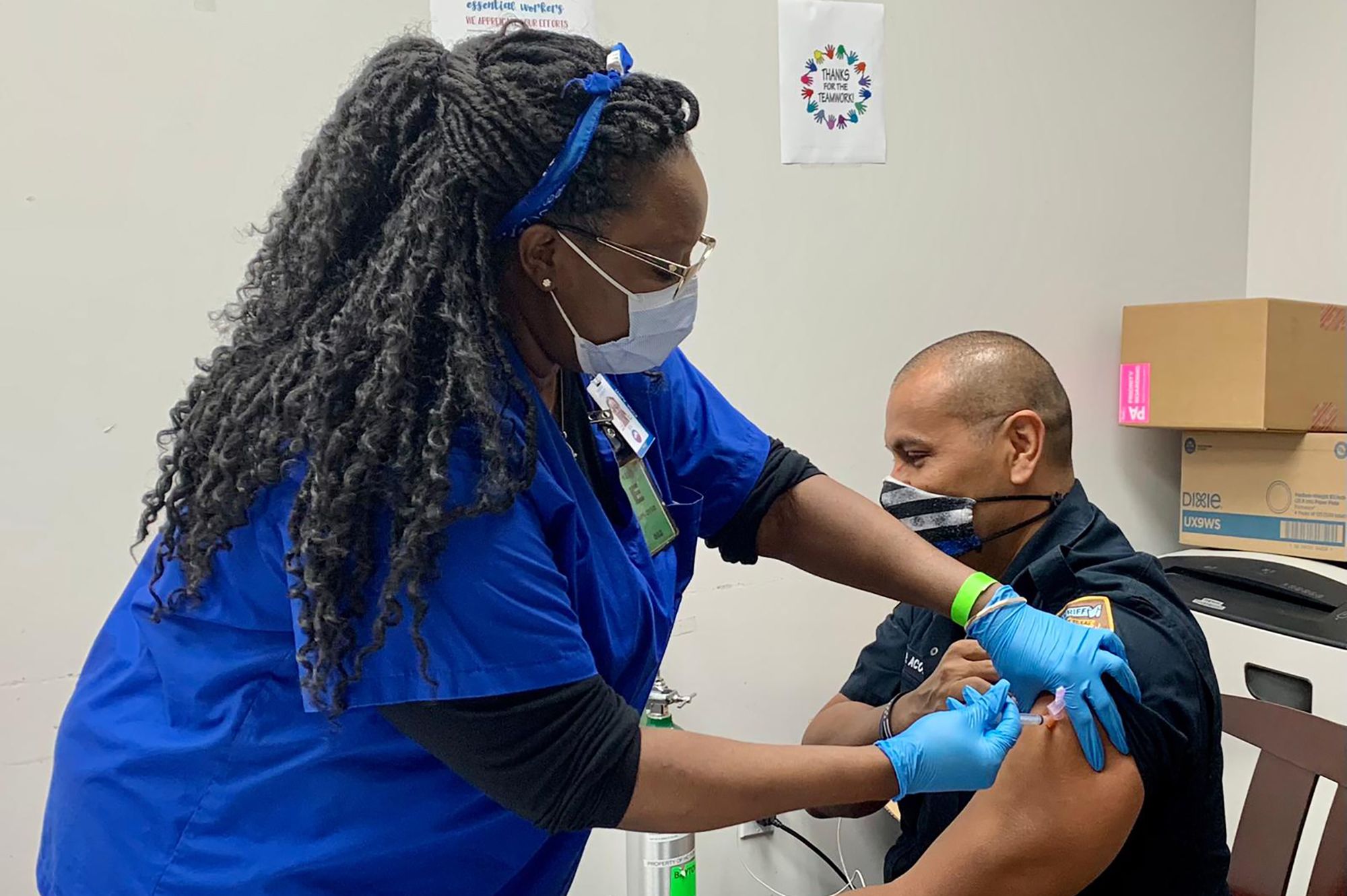 VALLEJO – Few law enforcement officers in Solano County have confirmed with their employer that they have been vaccinated for COVID-19, despite the agencies placing restrictions on employees who do not confirm their vaccination status, according to data obtained through public records requests.

Overall, only about 25% of officers in five Solano County law enforcement agencies have submitted proof of vaccination to their employer, far below the 62% of people 12 and older who have been fully vaccinated in the county.

Each law enforcement agency provided the number of officers who have submitted vaccination records to their agency’s human resources department, except for the city of Dixon, which refused and argued that to disclose the number of vaccinated police officers is an unwarranted invasion of the officers’ privacy. A legal expert said that interpretation was incorrect.

Solano County law enforcement agencies have asked employees to voluntarily disclose their vaccination status. By submitting proof of vaccination, officers face fewer restrictions at work, such as by not having to wear masks.

The Benicia Police Department had the largest proportion of confirmed vaccinated officers among the polled agencies, with 21 of 30, 70%, of officers having submitted vaccination status.

Only the city of Dixon blocked the release of information about officers’ vaccination status, despite asking city employees to voluntarily disclose their vaccination status. Attorneys for the city cited a law that allows cities to withhold “personnel, medical, or similar files, the disclosure of which would constitute an unwarranted invasion of personal privacy.”

David Snyder, the executive director of the First Amendment Coalition, said that that exemption does not allow the city to withhold the number of police officers who have received the vaccine.

He added, “There are widely disparate ways that counties around the state are handling release of COVID outbreak data, but the ultimate question is, are any individuals identified here or could any individual reasonably be identified by this information?”

The First Amendment Coalition recently called on the state Supreme Court to take up a case against San Diego County, which has been blocking the release of outbreak data. Snyder pointed out that there is a strong public health interest in understanding the vaccination rates of police officers and other public employees as some areas consider mandating vaccination.

“The need for this kind of information to be made public is at an apex right now because we’re dealing with a disease that’s killed millions of people worldwide and is contagious and we need a public response based on real and timely information,” Snyder said.

When asked about the slow rate of vaccination of his officers in June, Los Angeles police Chief Michael Moore told reporters that the officers were concerned with “the speed of which this vaccine was developed” and alluded to “the conspiracy theorist that believes that (COVID-19) is a hoax, that the vaccine poses a more long-term risk to people than the pandemic itself.”

With nearly 5.4 billion doses administered globally, the vaccines have proven overwhelmingly safe and effective, while the virus has been confirmed to have killed more than 4.5 million people worldwide.

COVID-19 has been deadly for police. According to the National Law Enforcement Memorial and Museum 2020 Law Enforcement Officers Fatalities Report, COVID-19 deaths accounted for 55% of line of duty deaths in 2020, with 145 confirmed COVID-19 related deaths of law enforcement officers.

Solano County law enforcement agencies provided little insight as to why their vaccination rates may remain so low. Jeremy Profitt, a Fairfield police spokesperson, stressed that disclosing vaccination status was voluntary. “Accordingly, the Department has no information about the actual number of employees, including sworn officers, who have been vaccinated,” he wrote in an email.

Benicia police spokesperson Irma Widjojo said she could not speak to why some officers had chosen not to be vaccinated and said it would be “purely speculation” if she did. Vallejo police spokesperson Brittany Jackson declined to answer questions about the vaccination rate of officers. Representatives of the sheriff’s office and Vacaville police did not respond to requests for comment.

Correction: This article has been updated to clarify the total number of Vallejo police officers.