Despite not having any regular meetings scheduled, it’s slated to be a busy week for the Vallejo City Council as it’s scheduled to hold three separate special meetings.
Share this news on: 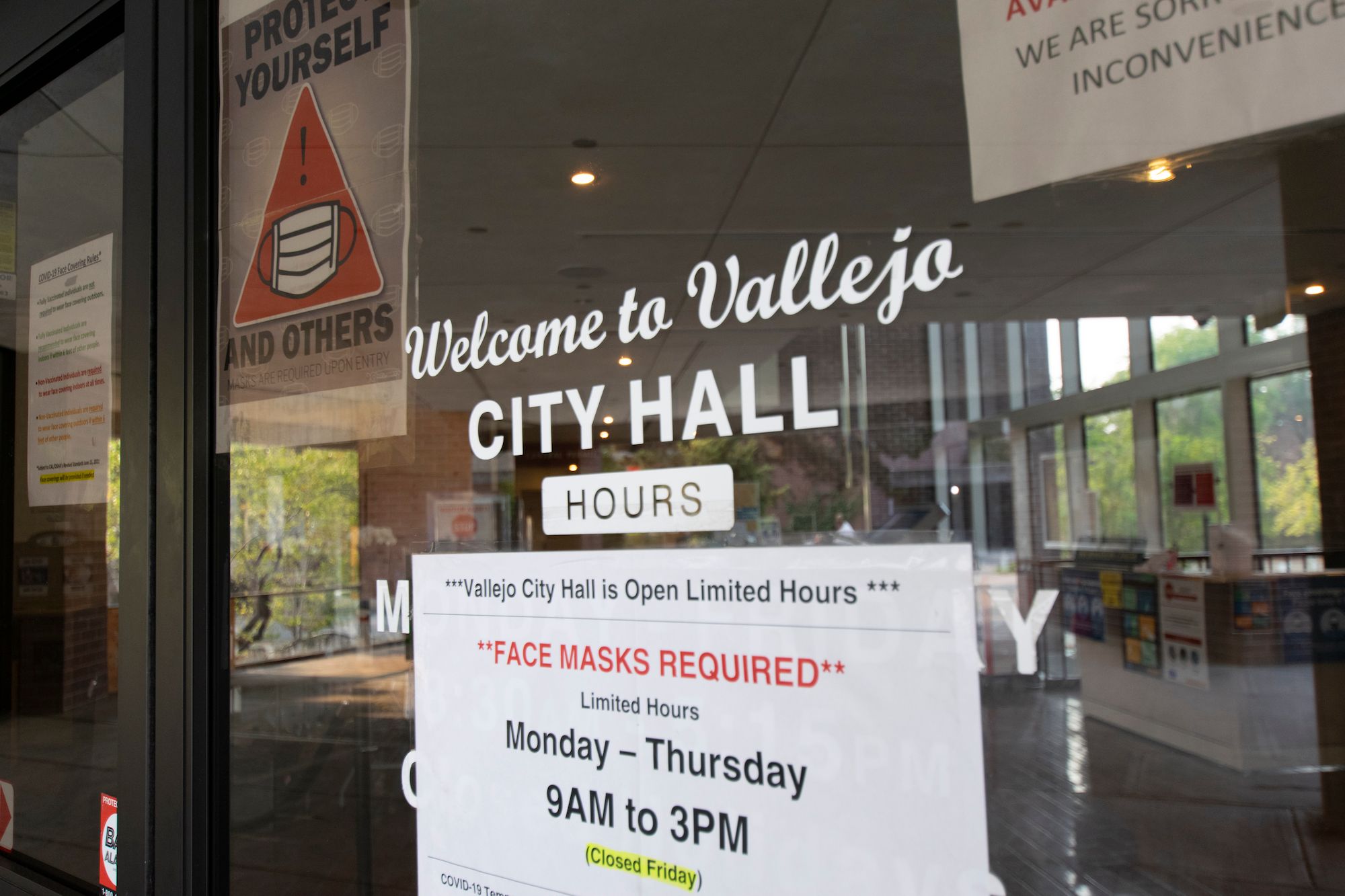 VALLEJO – Despite not having any regular meetings scheduled, it’s slated to be a busy week for the Vallejo City Council as it’s scheduled to hold three separate special meetings.

First, the council will host a public hearing this evening regarding raising the city’s garbage rates to comply with new organic waste regulations for residential and commercial customers under a new state law.

The city initiated a Prop. 218 process, which gives property owners and customers 45 days to submit a written objection protesting the proposed rate increases. The city will accept written protests up to today’s public hearing at 7 p.m.. Should 50% plus 1 of residential customers submit valid written protests, then the city cannot implement the new proposed rates: $41.57 per month for a 32-gallon trash can for residential customers. Similarly, a 64-gallon garbage can will cost customers $67.45 per month, an increase of $5.26. Finally, customers would pay an additional $7.27 per month – or $93.32 yearly – for use of the 96-gallon trash can.

Recology, which serves as the city’s waste hauler, requested an amendment with its franchise agreement to cover the costs under the new state requirements.

“Recology will now need to modify its service routes, conduct extensive outreach, and purchase new vehicles, additional disposal containers, and container labels to provide organic waste collection services to all residential, businesses and Multi-Family Dwellings in the City,” according to a staff report to the city council.

The special meeting of the Vallejo City Council is scheduled for 7 p.m., today inside the Vallejo City Hall Council Chambers, 555 Santa Clara St.Members of the public will be able to participate in-person or remotely via Zoom.

Council to get update on negotiations with IBEW

At 6 p.m. today, the Vallejo City Council will meet in closed session for two items, including receiving an update from its negotiators about the status of talks between the city and the International Brotherhood of Electrical Workers (IBEW), Local 1245.

It’s not certain if the two sides have been meeting about the dwindling number of Vallejo’s public safety dispatchers. The union – which represents more than 200 city of Vallejo workers in the water, housing, police, and public works departments — issued a statement earlier this month expressing support for a statement from the Vallejo Police Officers Association , warning that the city was considering shutting down overnight dispatch service and moving it to another agency.

Council will also meet with its legal counsel regarding the initiation of litigation.

Council to interview board and commission applicants

Finally, the council is scheduled to interview applicants seeking appointment to city boards and commissions on Thursday.

Applicants include Ann Adams and Christopher Naughton to fill one vacancy on the Architectural Heritage and Landmarks Commission, with the term to expire at the end of 2025.

Susan Slater, an incumbent on the Beautification Commission, is seeking reappointment. There are two vacancies with the terms scheduled to expire on June 30, 2026.

Incumbent member Brenda Plechaty is seeking reappointment to the Civil Service Commission with a term to expire in 2026. Two are vying for one vacancy on the Planning Commission. They include incumbent Donald Douglass and Loretta Gaddies.

Meanwhile, former Greater Vallejo Recreation District board director Wendell Quigley is seeking re-appointment. Avonelle Hanley-Mills is also looking to fill the vacant seat, which will be up for reappointment at the end of next year.

Henry Beecher, Andrea Germaine, and Joel Benson applied to serve on the McCune Collection Commission. Beecher is an incumbent. There are two vacancies, one expiring in 2024 and the other in 2026.

Finally, Thomas Barbeiro and Alex Matias are seeking reappointment to the Economic Vitality Commission. Dwight Monroe has also applied. There are four vacancies, one set to expire next June2023 with the three others expiring in 2026.

The special Vallejo City Council meeting is scheduled to begin at 5 p.m., Thursday inside the Vallejo Room, located on the lower level of the John F. Kennedy Public Library, 505 Santa Clara St. Members of the public will be able to participate in-person or remotely via Zoom.