The union that represents Vallejo’s police and fire dispatchers said dwindling staff has left remaining dispatchers in dangerous conditions.
Share this news on: 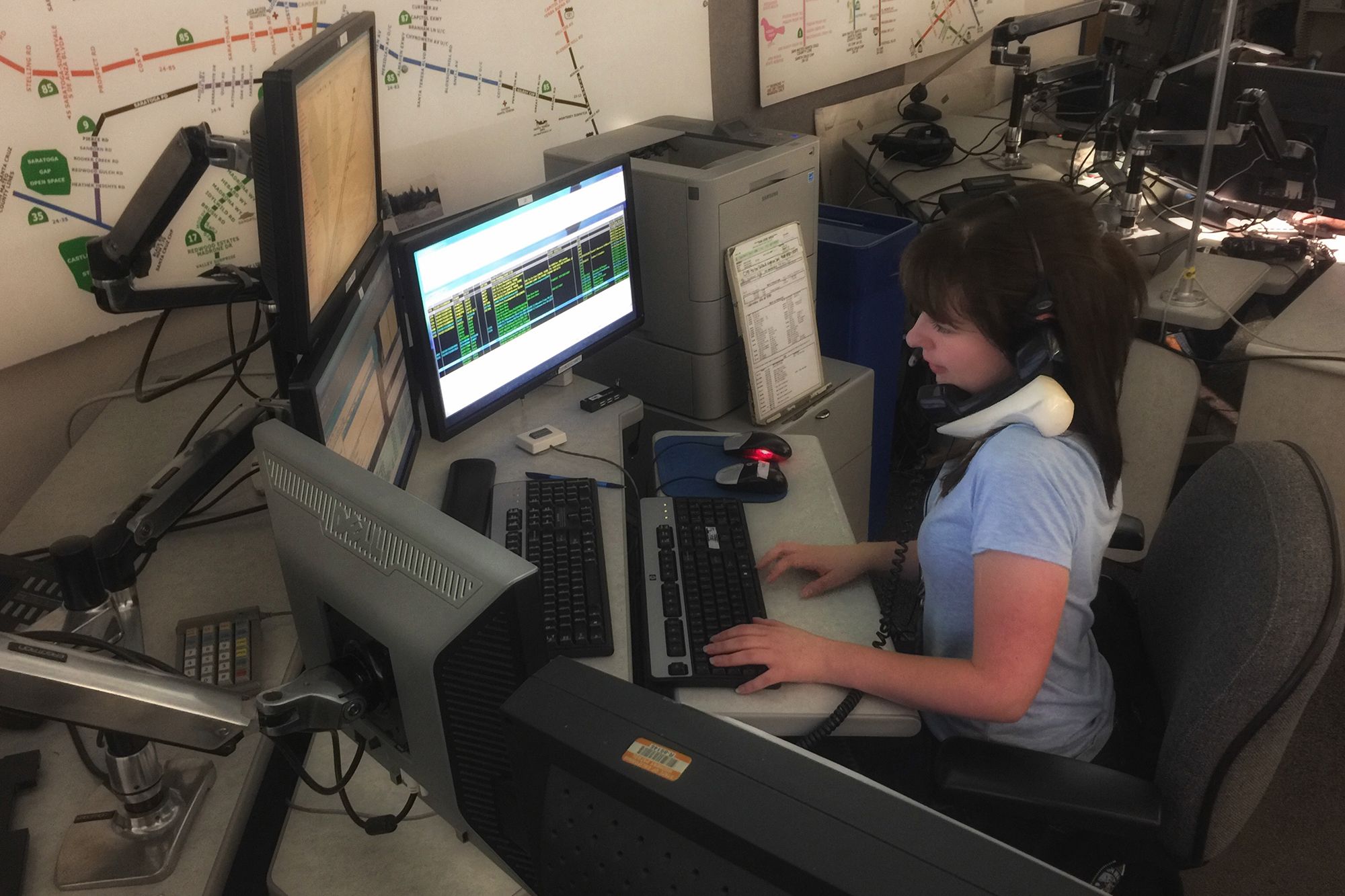 VALLEJO – The union that represents Vallejo’s police and fire dispatchers said on Wednesday that dwindling staff has left remaining dispatchers in dangerous conditions and that one of its members who is set to leave puts the city at risk of not being able to staff its dispatch center around the clock.

The statement by the International Brotherhood of Electrical Workers Local 1245 — which represents more than 200 city of Vallejo workers in the police, public works, water and housing departments — supported a Vallejo Police Officers Association statement from last week, which warned that the city was considering shutting down overnight dispatch service and moving it to another agency. The VPOA represents police officers while IBEW represents civilian employees.

IBEW said that the union does not have direct knowledge of discussions among  city staff  to shut down dispatch services overnight. If the city were to take that step, it would be required to meet and confer with the union. However, IBEW senior business representative JV Macor said the current situation is untenable.

“I think from our standpoint and what we see is that if it gets any worse, they are going to have to have a contingency plan for what to do to provide the level of service to police, fire and the public,” Macor said.

A police department statement accused the VPOA of “mistruths” and said that the city had “made adjustments to shift scheduling that ensures the dispatch center is staffed 24/7.”

But IBEW said that shift adjustments alone were not sufficient to address the problem.

“Local 1245’s dedicated members will continue to do the best they can until ‘adjustments’ to shifts simply can’t compete with the reality of limited human beings in critical roles,” the IBEW statement said.

According to the IBEW, city policy states that there should be a minimum of three dispatchers per shift plus a supervisor. The department was previously budgeted for 28 operators, but that had been reduced to 20 as of February, including 16 dispatchers and four supervisors.

Still, many of those positions are vacant. According to vacancy data obtained by the Sun, as of early April, roughly a third of city positions had not been filled. For dispatchers, the vacancy rate was even worse: there were eight vacant dispatcher positions and one supervisor position, so nearly half of the budgeted dispatcher positions remained unstaffed.

The dispatchers are assigned to rotating shifts throughout the day. Macor said that the number of people who are present is based on historical call volume, with three or four present during various portions of the day. When three dispatchers are present, one would typically take 911 calls, another would communicate with firefighters and a third would communicate with police.

But now, Macor said that there are often only two dispatchers present on a given shift, often working 12-16 hours per day, leaving them to make  choices between responding to a police officer in the field, taking a 911 call, or using the restroom.

“You place people in a very serious decision-making process and neither one is very good when you take it down to two,” Macor said. “Both employees are working on a 911 call or the other person is responding to one, two, three emergencies. It's easy to see how that would become a safety hazard.”

The city, in part, blamed competition across all sectors in hiring during the COVID-19 pandemic. “The post pandemic hiring recovery has been tumultuous, exemplified by fierce hiring demand and competition for talent,” the city’s statement said. “This is impacting all employers, both municipal and private sector.”

“The City of Vallejo has been working on strategies that would attract strong candidates to join our effort. Hiring qualified public servants is a priority for VPD,” the department said. “We are currently recruiting qualified candidates and looking at strategies to incentivize recruitment and retention.”

But the union argues that Vallejo has one path to remaining competitive in hiring and retaining dispatchers: offer better wages and benefits.

According to IBEW, it warned the city starting in early 2021 that its dispatch staffing level was diminishing.

“We specifically asked whether Human Resources and the Police Department were looking to address recruitment and retention issues for these essential classifications,” the IBEW statement said. “We were simply told, ‘No.’”

At the same time, the union said that the city continued to lose dispatchers to other agencies within a commutable distance of Vallejo for better wages and working conditions. Vallejo’s dispatchers were paid 19% or more below market median as of 2019, the union said.

By February of this year, the union said it warned Vallejo of the critically low staffing levels. In March, the city promised it would schedule another meeting within four weeks. But it did not reach out with dates until after the VPOA press release, according to the union.

"We have always been ready to sit down with the city to fix these problems,” Macor said. “I look forward to getting some of this taken care of.”