On Thursday, City Hall amended the agenda to include two items: Appointing an interim city manager and the appointment of a permanent city manager.
Share this news on: 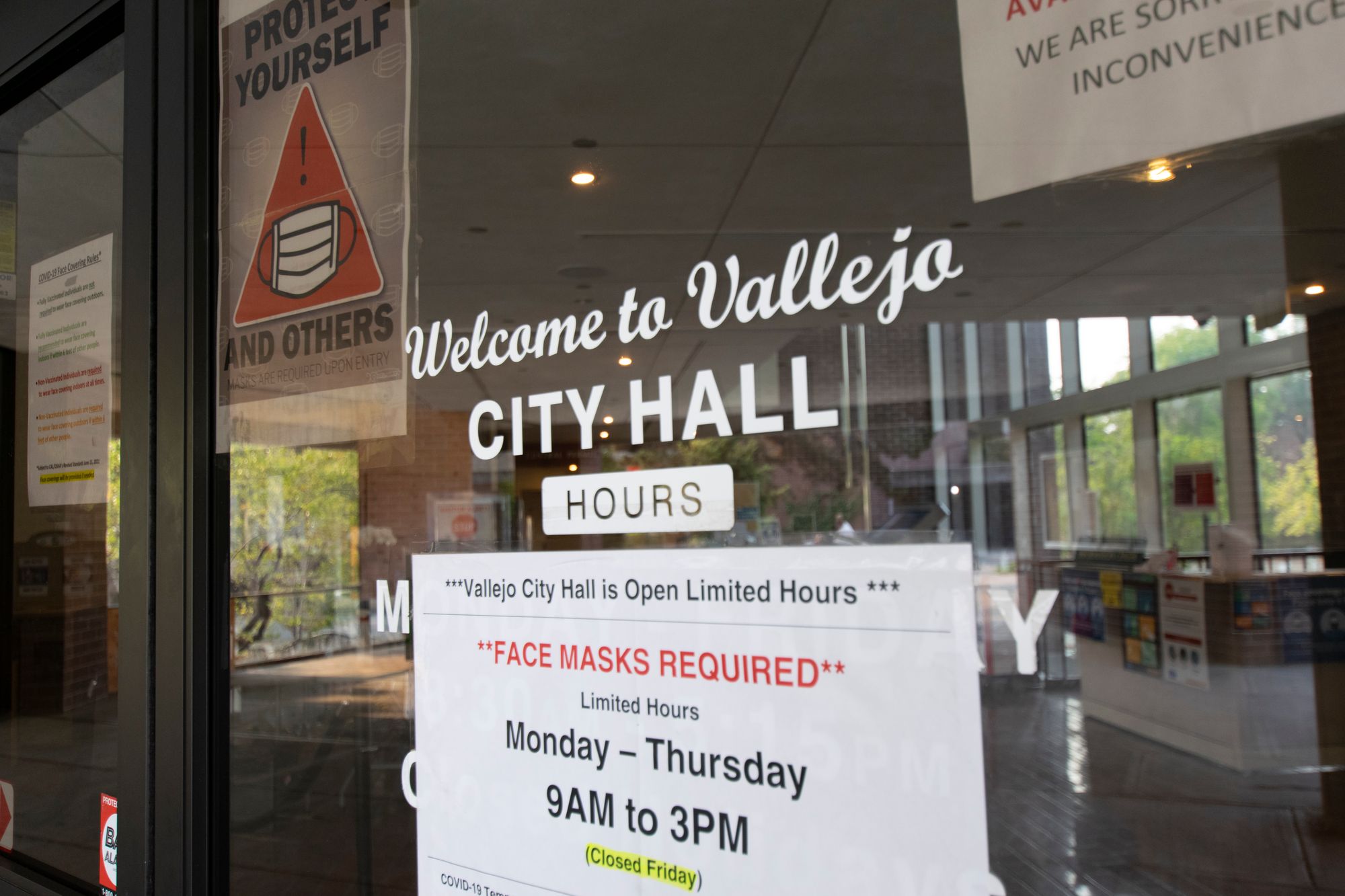 VALLEJO - A special closed session meeting of the Vallejo City Council scheduled for this Tuesday is expected to be lengthy as members are slated to receive an update on nearly 50 separate lawsuits against the city and discuss appointing Vallejo’s next interim city manager.

The Vallejo Sun reported earlier this month that the council directed staff to open negotiations with Mike Malone on filling the interim position. Malone currently serves as the city’s water director.

Sources told this publication that the council voted 5-2 during a special closed session Aug. 31 to begin the process of naming Malone as interim city manager. City Hall didn’t respond to requests for comment about the vote.

Malone’s possible appointment as interim city manager has drawn some concern from the community. Malone was accused in a civil complaint of retaliating against a woman who alleged she was the victim of sexual harassment by her supervisor when Malone was operations and maintenance manager with the city of Sacramento. The woman claimed that her supervisor and Malone were friends.

Vallejo Mayor Robert McConnell said the process of finding a permanent city manager could take between 12 to 16 months, according to a Sept. 9 statement on the city’s website.

McConnell said the delay can be attributed to a “silver tsunami,” of officials retiring from the public sector. He also mentioned challenges from the COVID-19 pandemic and those unique to  Vallejo.

“In Vallejo, we also have the added challenge of a highly active community. As a community, we need to focus on attacking the idea, project, or result instead of attacking the individual,” McConnell said, adding, “While we want to send the message that we are an involved community that keeps a close eye on our government officials, and any malfeasant or ill-intended individual need not apply, we also do not want to alarm qualified candidates to the point that they do not submit an application for consideration.

“We need a City Manager who will not be afraid to build trust through meaningful dialogue with the community, Council, and professional staff,” he said.

If Malone is appointed interim city manager, he would be the third Vallejo city manager this year. In early June, then-City Manager Greg Nyhoff suddenly disappeared from City Hall with an undisclosed medical ailment and never returned.

His disappearance came as the council was days away from being asked to approve the city’s 2021-2022 fiscal year budget.

The council eventually approved a $577,536 resignation and separation agreement between Vallejo and Nyhoff in late June.

Cardwell confirmed late last month that she would be leaving Vallejo, taking a job elsewhere. She has declined to share where she is going.

In an interview with the Vallejo Times-Herald, Cardwell blamed the community for hurting morale within City Hall.

“Additionally, there is a very vocal segment of the community that is incredibly critical of city staff at council meetings on a regular basis, including making false and negative statements about various city employees,” she told the newspaper. “In addition to often providing inaccurate information, these comments are demoralizing for staff and impact the city’s ability to effectively attract and retain staff.”

Also during Tuesday’s closed session, the seven-person council will receive information about the status of almost 50 lawsuits the city is involved with, almost all of them around the city defending itself and the Vallejo Police Department.

In addition, the council will receive an update from city staff about negotiations about10 city-owned parcels associated with the Blue Rock Springs revitalization project.