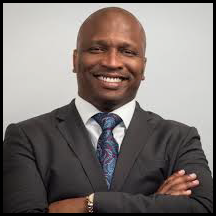 “It is essential that we elect people who understand the needs of our community, how to address them, and are best qualified for their respective positions to represent the people of Vallejo and help create a vibrant local economy and community,” ValPAC chair Norbert U. Frost wrote in a news release announcing the endorsements.

The chamber declined to make an endorsement for the city council’s District 6 contest. Cristina Arriola, an executive assistant; Helen Marie “Cookie” Gordon, and write-in candidate Pat Hunter are all vying for the seat, which will represent South Vallejo.

In addition, the chamber officially announced that it opposes Measure G, Vallejo’s three-quarter of a cent (.75%) transactions and use tax, after 65 percent of the chamber’s membership noted their opposition in a survey.

City officials say the tax is expected to generate $12 million annually for the city’s coffers. Those opposed say the new tax will financially hurt residents, especially during the COVID-19 pandemic.

Brown is one of five candidates running for Vallejo mayor this fall. He is joined by fellow Councilman Robert McConnell, Cornisha Williams-Bailey, John B. Kenney, and M. Avonelle Hanley-Mills.

The November election is the first to include districts for the Vallejo City Council.

Running for the District 1 seat is Matias, a member of the city’s code enforcement appeals board, incumbent Councilwoman Rozzana Verder-Aliga, and entrepreneur Vernon Williams III. The seat will represent the Hiddenbrooke/Northgate areas.

Shenkman argued Vallejo’s at-large election format violated the California Voting Rights Act (CVRA) because there were no African American or Latino/a councilmembers. The council ultimately decided to adopt the new format, in lieu of a lengthy and costly challenge in court. They established six new council districts with the mayor’s seat continuing to be voted upon through the at-large election format.

The five-person Vallejo City Unified School District Board of Education is experiencing its own election transition this fall as the district moves away from at-large to trustee areas.

Incumbent Christy Gardner is attempting to retain her seat on the school board as she is challenged by Belinda Robinson and Reina Robinson. Gardner unsuccessfully ran for school board in 2018, however, she was appointed following the resignation of Marianne Kearney-Brown in December 2018.

Representing central Vallejo is incumbent Bob Lawson, who was first elected to the school board in 2016. His challenger, Latyna Young, is a retired educator.

The general election is Nov. 3.