A report found that the center was failing at its core mission.
Share this news on: 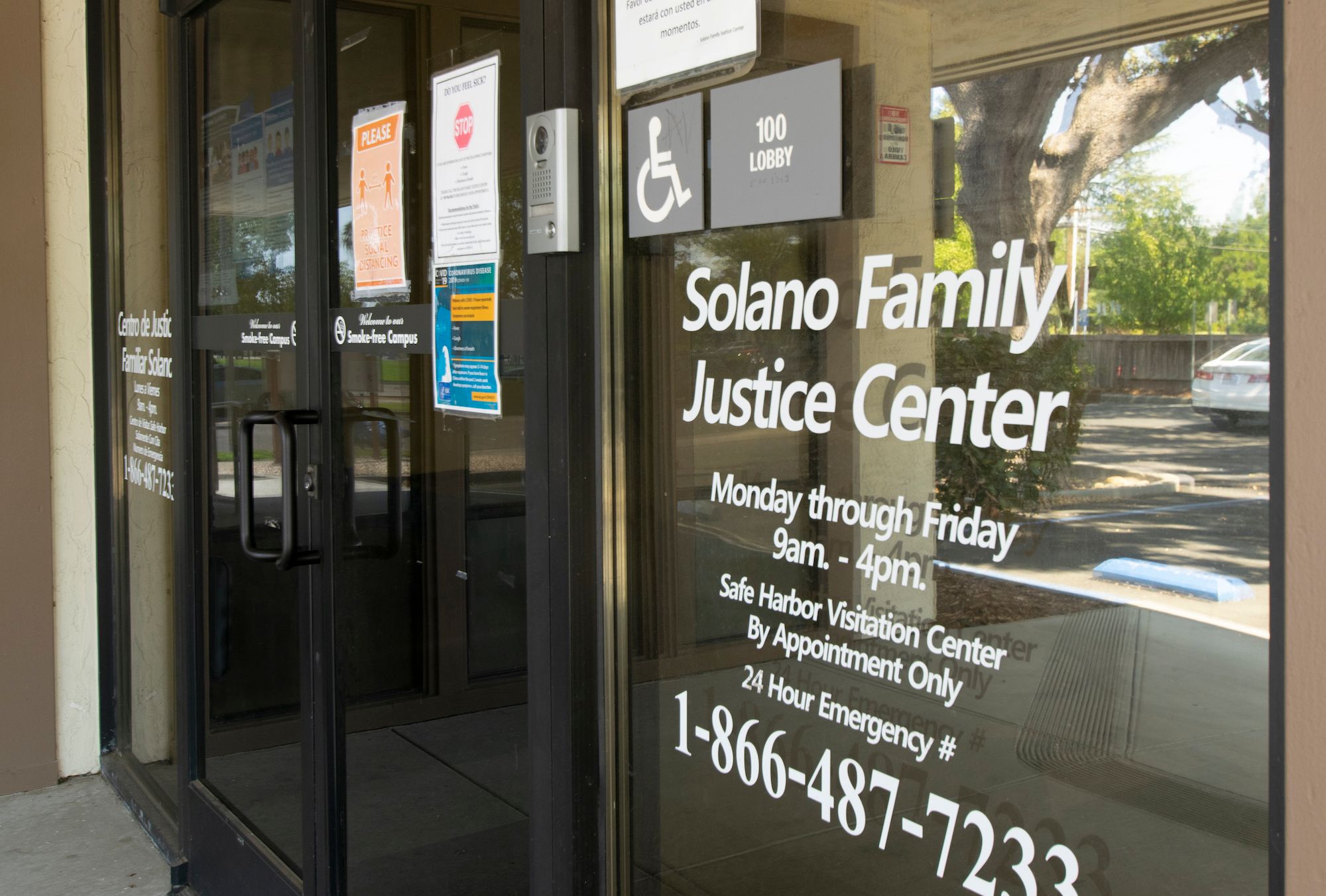 The Family Justice Center in Fairfield.

FAIRFIELD – The Solano County Board of Supervisors will seek a new lead agency to handle operations at the troubled Family Justice Center after yet another report found the center’s operations were dysfunctional under the Solano County District Attorney’s Office.

The supervisors in July requested the evaluation from Alliance for HOPE International, an organization which provides services and training to family justice centers, which are intended to be “one stop shops” where survivors of domestic violence and sexual assault — and their children — can get coordinated help from prosecutors, civil attorneys, law enforcement and community organizations.

The Alliance report — based on a site visit in October that was made public last week — confirmed two previous reports by the county’s civil grand jury that found the center was failing at its core mission. HOPE International founder Casey Gwinn presented the report at the Board of Supervisors meeting Tuesday and recommended a “full reboot” of the center.

The first grand jury report on the Family Justice Center was released in 2017 and found it was not providing adequate services. But despite that, Gwinn said that "structurally, systemically, organizationally," the problems had not been addressed when his team visited in October.

After a second grand jury report was released earlier this year, supervisors voted to take budgetary authority over the center away from the DA’s office. The DA’s office then sued the supervisors to try and retain control, alleging the board committed an open-meeting violation. That lawsuit is pending.

After receiving the Alliance for HOPE report on Tuesday, the supervisors voted 5-0 to proceed early next year with seeking a new lead agency for the center’s operations.

"I felt when I was done reading that report, if you are a victim of domestic violence and you were seeking help in the Family Justice Center, you won't get what you needed and you may be victimized in the process,” Supervisor Erin Hannigan, who represents Vallejo, said during the meeting. “We want a center that works for the people that it's meant to serve and we don't have that.”

It also found that a foundation established to support the center was not bringing in funding as designed and seemed to be out of compliance with federal and state requirements for nonprofits. There was generally inadequate funding for the center, the Alliance found.

The report further found that the Family Justice Center’s space was inadequate, a satellite location in Vallejo is unsuitable, there were no transportation options for people in remote areas of the county to reach the center, there were no viable services for children, and staff received inadequate training.

The location was also criticized in the previous grand jury report, which said confidential meetings were held in earshot of other people. The Alliance report found that the space could be adequate, but also criticized its layout as “not at all suitable for conducting trauma- informed, hope-centered services for clients.”

The Alliance also recommended that the Family Justice Center “completely scrap the current plan” for a satellite location in Vallejo, which it said was just a single office space on the second floor of the public library. It said that many Family Justice Center staff feel they are sent to the Vallejo location as a “form of punishment.”

At Tuesday’s meeting, Gwinn said the  Vallejo location was “just a room.”

“Not nearly enough effort has gone into addressing the needs of victims in the Vallejo area,” Gwinn said.

The report also found that the leadership style of Family Justice Center director Angel Aguilar was “highly problematic and confrontational and does not facilitate effective services at the center.” The Vallejo Sun previously reported that Aguilar had intervened in a family member’s paternity case, in violation of the rules of civil procedure and leading to the dismissal of a criminal case for domestic violence.

Some staff told the Alliance for HOPE that Aguilar focuses on favorite staff, plays people against each other and can be harsh and controlling. One account from a former Family Justice Center employee provided to the Board of Supervisors in September said she resigned due to a hostile work environment.

Gwinn said Tuesday that while he was not making a comment on the character of the director, he said the position was complex and that he needed comprehensive leadership training about the nature of the job.

The Alliance conducted two focus groups with clients of the Family Justice Center, one in English and one in Spanish. The English-speaking group had all come in for help with their court cases, and while they said the staff were helpful, they were not aware there were other services available. Solano’s Family Justice Center was not providing key resources like help in courtrooms, the report found.

For the Spanish speakers, it found that they all felt that police did not believe them, were not empathetic toward them, and that police made people feel uncomfortable at the Family Justice Center. “Officers do not appear to be trained in working with trauma survivors and are not currently trauma-informed, nor bilingual,” the report found. None of the Spanish speakers had legal counsel and the Family Justice Center had no way to provide it.

The Solano County District Attorney’s Office released a statement in response to the findings on Monday, saying it stands by “the great work of our Family Justice Center staff” but that they agree “there are challenges associated with the running of any comprehensive program of this type” and that funding to the program must dramatically increase.