The City of Vallejo said in a press release that the prior agreement’s terms “did not require the testing and testing was not consistently conducted.
Share this news on: 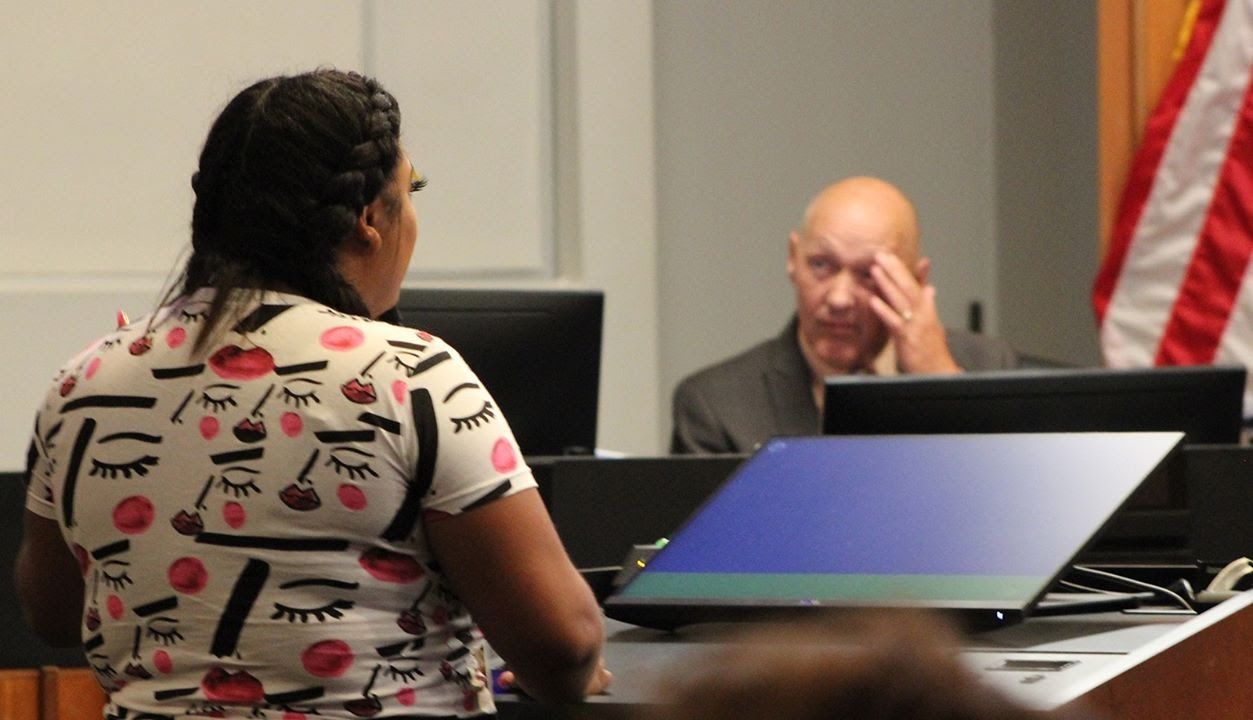 Alicia Saddler expresses her opposition to Vallejo’s new union contract limiting drug testing of officers shortly before it passed by a 6-1 vote of the city council. Saddler’s brother Angel Ramos was killed by Vallejo police in 2017. Photo by Brian Krans.

They came to protest a proposed union contract between the city and the Vallejo Police Officers Association (VPOA). Their main point of contention was a three-word item, buried deep in a nearly-900 page supplement to the city council agenda, limiting the department’s power to drug test officers after serious incidents.  The change was found on the last page of the 13-page agreement.

That section of the prior agreement authorized substance abuse testing of officers following the shooting of another person, a vehicle accident resulting in serious injury, death or major property damage, or any other action resulting in death or great bodily harm to another person. Under those circumstances only, the department could “order an officer to submit to a drug or alcohol test based on the officer’s conduct on duty during his or her scheduled work hours, or off-duty conduct if the officer represented himself/herself as a police officer[.]” All other circumstances required independent reasonable suspicion of substance abuse.

But that language is now gone, deleted by a 6-to-1 vote of the city council.

The City of Vallejo said in a press release that the prior agreement’s terms “did not require the testing and testing was not consistently conducted. The updated terms allowing for testing whenever there is reasonable suspicion provide clearer guidance for the Vallejo Police Department and reflect current best practices among police departments.”

Members of the public who attended Tuesday’s council meeting were unconvinced.

Roughly a dozen speakers spoke to the council expressed concern about removing the language that authorized discretionary testing. Many also expressed surprise that the department had not used the policy to order mandatory drug testing following fatal shootings and other incidents. Vallejo resident Calvin Harrell was one of them. He said the issue was accountability.

Some residents went so far as to allege that steroid and cocaine abuse are problems within the department, though this could not be immediately verified.

Heather Ruiz, the city’s human resources director, said that even without incident-specific language, the contract approved Tuesday allows a supervisor to demand an officer submit to a drug test if there is “reasonable suspicion” that officer was under the influence of drugs or alcohol. But some were skeptical whether police would report a fellow officer.

“The problem is the same in any other workplace,” Harrell said. “No one wants to be identified as a snitch.”

Interim Police Chief Joseph Allio said he was aware of past incidents where Vallejo officers were fired for drug and alcohol issues, and said that some had been criminally charged. Allio noted that other incidents regarding misconduct involved officers complaining against other officers.

“There is a process in place,” he said.

Alicia Saddler, whose brother Angel Ramos was killed by Vallejo police officer Zachary Jacobsen in 2017, spoke before councilmembers with a “Drug test VPD” sticker covering her forehead. She said she believes the details of her brother’s killing bring into question whether Jacobsen was sober at the time. Saddler believes he should have been drug tested after the incident.

“I’m praying you guys could do the right thing tonight,” she said. “This is the last chance you guys have to prove, for those who have reached out, who want to be all for the families … prove that to us tonight and vote for these cops to be drug tested.”

Saddler and other commenters questioned the timing of removing the language, as it prevents incoming police chief Shawny Williams from using his discretion to order testing after major incidents.

Jason Kishineff, a congressional candidate out of American Canyon, said other professions, like truck drivers and airplane pilots, are required to undergo drug testing.

“Why would the people who are charged with protecting and serving 120,000 people with weapons be exempt from such standards? It’s ridiculous to even suggest,” he said. “In fact, I would posit that even asking for such an exemption is akin to an admission of guilt.”

Lisa Davis said, as a registered nurse, she’s also responsible for people’s lives and wouldn’t object to being drug tested if that meant she was being held to a higher standard.

“I have absolutely no faith in the police to police themselves, and to say that something is reasonably suspicious,” she said. “It’s not even being enforced.”

Ruiz explained that other city employees — like those in the Department of Public Transportation and those with a Class A or Class B driver’s license — are required by state and federal law to submit to drug testing, while police officers are not.

Councilmember Hakeem Brown questioned how the department currently uses drug testing and how often the tests were done.

Allio said the last time the department drug tested an officer following an “incident” was approximately eight years ago.

“And then there was some conflict because it was a ‘may,’ and it wasn’t used on the next incident, so it caused confusion,” he said, adding he didn’t know the result of that testing.

Drug testing after major incidents stopped just as fatal shootings by Vallejo police spiked. Vallejo has the highest rate of fatal police shootings in Northern California, and the third-highest in the state. They have have killed 16 civilians since 2011, according to a report by NBC Bay Area’s investigative team. In 2012, the year following the on-duty killing of officer James Capoot, Vallejo police killed a total of six people. Three of those homicides were the result of Sean Kenney, who committed all three killings in a five-month span. Kenney now runs a private consulting firm training other departments in de-escalation techniques and use of force, a fact first uncovered by Open Vallejo earlier this year.

As independent journalist Scott Morris has reported, Vallejo has one of the most dangerous police departments in the country, and the city pays far more per officer in civil rights case payouts than any other agency in the Bay Area.

As some recent police shootings have made international news — including the February death of Willie McCoy, who VPD officers reportedly shot more than 20 times — officials like City Manager Gregory Nyhoff have denied the department engages in excessive force. A lawsuit filed on behalf of McCoy’s family asks that Vallejo police be put under the oversight of a federal monitor based, citing a pattern of alleged systemic abuse. McCoy’s lawyers added Nyhoff as a defendant to the lawsuit, using his public denial to argue that the city should be held responsible for cumulative actions of its officers.

The city and its police officers union have been without a contract since the end of March, according to city documents.

Ruiz wrote in a memo before Tuesday night’s meeting that the lack of a contract has “negatively impacted recruitment and morale,” which includes only one cost-of-living raise since 2013. The new agreement would be in effect through March 2022.

Noting the department is currently short more than a dozen officers, Nyhoff says the new contract with raises for officers at varying levels in the department are necessary to fill those holes.

“In order for us to retain good officers, to recruit them, we have to be competitive in the market,” he said. “You can’t just hope that you’re going to do that.”

Councilmember Robert McConnell cast the lone vote in opposition to the contract. He supported raising officer salaries by 5%, but objected to removing the drug testing language. He said he wanted the city and VPOA to go back to the negotiating table.

“I have problems trying to say we shouldn’t have any testing, yet when we look at Section 48.D, it has circumstances where drug testing should be done, and then we don’t say under what specific circumstances,” he said. “My preference would actually be to send this back to you, who negotiated this— ”

The crowd interrupted him with applause.

“ —and the VPOA so the two sides here could possibly come up with a better definition when each side would expect this mandatory testing to be done,” he continued. “Otherwise we’re leaving it as an abstract notion, and I really can’t support that[.]”

Following the vote, several of those who opposed deleting the drug testing section told councilmembers it would be their last term in office. 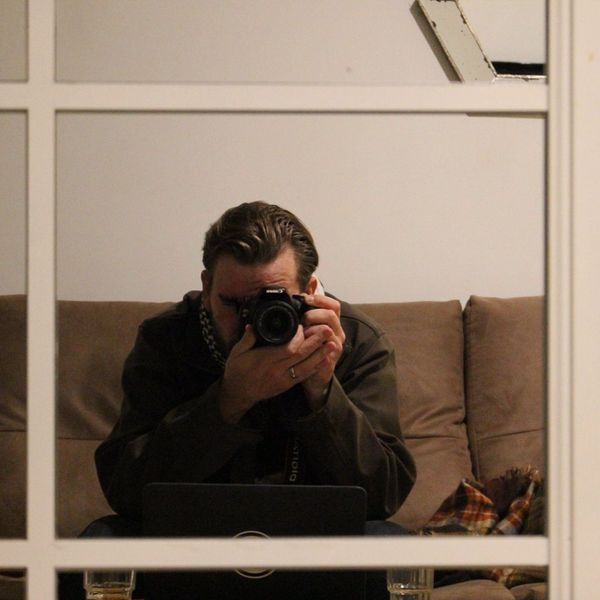