Burris’s office listed 23 other recent incidents of alleged misconduct by Vallejo police.
Share this news on: 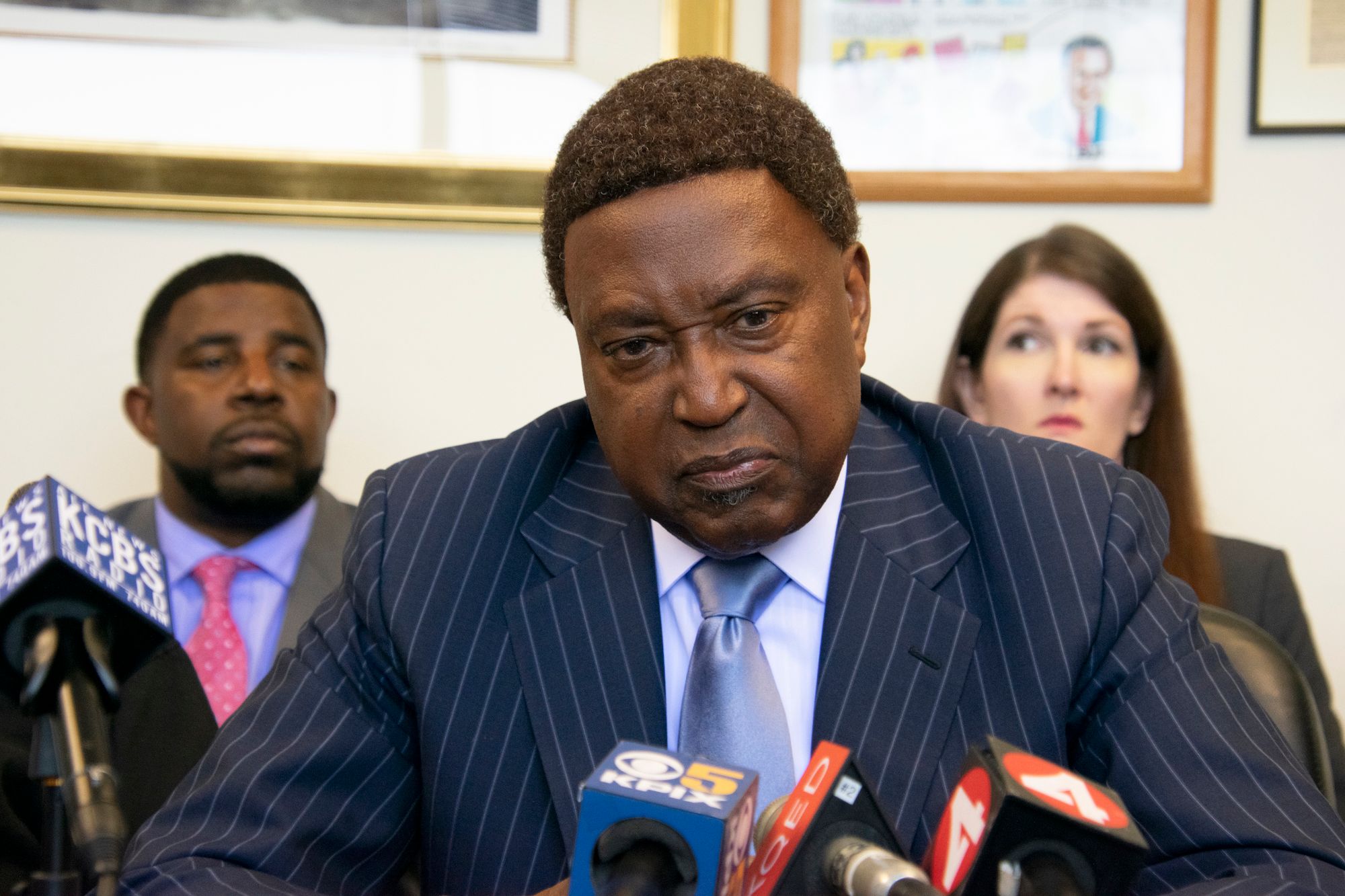 OAKLAND – Saying that Vallejo police are “out of control,” civil rights attorney John Burris filed a federal lawsuit against the city and police department on Thursday for the police shooting death of Willie McCoy in February.

In the process he listed off a litany of other allegations of civil rights violations and is asking the federal judiciary to put the Vallejo Police Department under the control of a monitor to enforce constitutional policing.

McCoy, 20, was shot and killed after he was found unconscious behind the wheel of his 2006 Mercedes at a Taco Bell drive through on Feb. 9. Vallejo police officers fired 55 shots into the car within minutes.

“His killing was one of the most atrocious and outrageous cases I’ve seen,” Burris said at a press conference in his Oakland office on Thursday. “Six officers shot into a car, none of them were shot at, they were all doing the shooting.”

Burris has sued the city of Vallejo many times. The city pays far more in civil rights lawsuits per officer than many other cities. It even left its insurance pool after the city’s rates were raised substantially.

City officials have denied the police department uses excessive force. In a letter to Vallejo Times-Herald reporter John Glidden last week, city attorney Claudia Quintana attacked the media for its reporting on the police, including making false allegations about my reporting.

On Tuesday, Vallejo city manager Greg Nyhoff said he doesn’t think the police department has an excessive force problem, despite announcing that an independent expert would be evaluating the department just last week.

In the lawsuit, Burris’s office listed 23 other recent incidents of alleged misconduct by Vallejo police. Melissa Nold, an attorney in Burris’s office, said the department has a “violence problem.”

“For the city to take a position that they’re not aware of this, we’re including the sampling to let them know, they’re very well aware of this,” Nold said.

The city has instead treated the outrage over police shootings mainly as a public relations problem. It invited the U.S. Department of Justice’s community relations division to assist, but it is not tasked with rooting out any tactical or structural problems in the department.

In fact, Vallejo uploaded a video to YouTube with a woman extolling Officer Mark Thompson, one of the six who shot McCoy.

“If he moves you know what to do,” Thompson told the other officers just before they shot McCoy, according to body-worn camera video. Burris referenced the quote during his press conference, saying that the officers would have shot McCoy no matter what his movements were.

The city of Vallejo has already hired one consultant to evaluate the McCoy shooting, who found it was reasonable. Another expert was hired last week to evaluate the whole department. Nyhoff said Tuesday that he thinks it’s important to conduct the evaluation, but he doesn’t expect to find many problems.

Burris said that he’ll be seeking an evaluation by a federal judge. “I’m not impressed that they hired a hired gun to come in and say what they did was proper,” he said.

Through the federal court case, by making a pattern and practice allegation, Burris said the court could examine whether officers were disciplined for civil rights violations. He said he was aware of no such recent discipline.

Another lawsuit filed by Burris placed the Oakland Police Department under a federal judge’s supervision in 2003. Oakland police remain under a court monitor as the department has still not completed court-ordered reforms dealing with racial profiling and internal affairs investigations.

To McCoy’s cousin, David Harrison, McCoy’s shooting was murder. He ticked off recent shootings, not just McCoy’s but Ronell Foster, who was killed after Officer Ryan McMahon tried to pull him over for riding a bicycle without a headlight, and Angel Ramos, who allegedly had a knife when he was shot in 2017, but his family and attorneys have disputed that.

“A man asleep in his vehicle. Another man riding his bicycle. Another man at a birthday party. It’s ridiculous,” Harrison said. “I don’t look at as a police department, I look at it as a Vallejo gang, one of the biggest ones in Vallejo.”

The families of police shootings, and others affected by Vallejo police, have been attending city council meetings and pushing the council to take more action. But, they say, they’ve been treated poorly.

“We as a family have been so shocked by the disingenuous nature of the entire city council, city manager, city attorney,” Willie McCoy’s brother, Kori McCoy, said. “You kind of start to realize that these people are sweeping things under the rug. It’s a game to them, they’re playing with people’s lives.”