Former Vallejo police Lt. Kent Tribble testified Tuesday that former Concord police Officer Dan Golinveaux bent his badge during a meal at the Peppermill restaurant in 2000.
Share this news on: 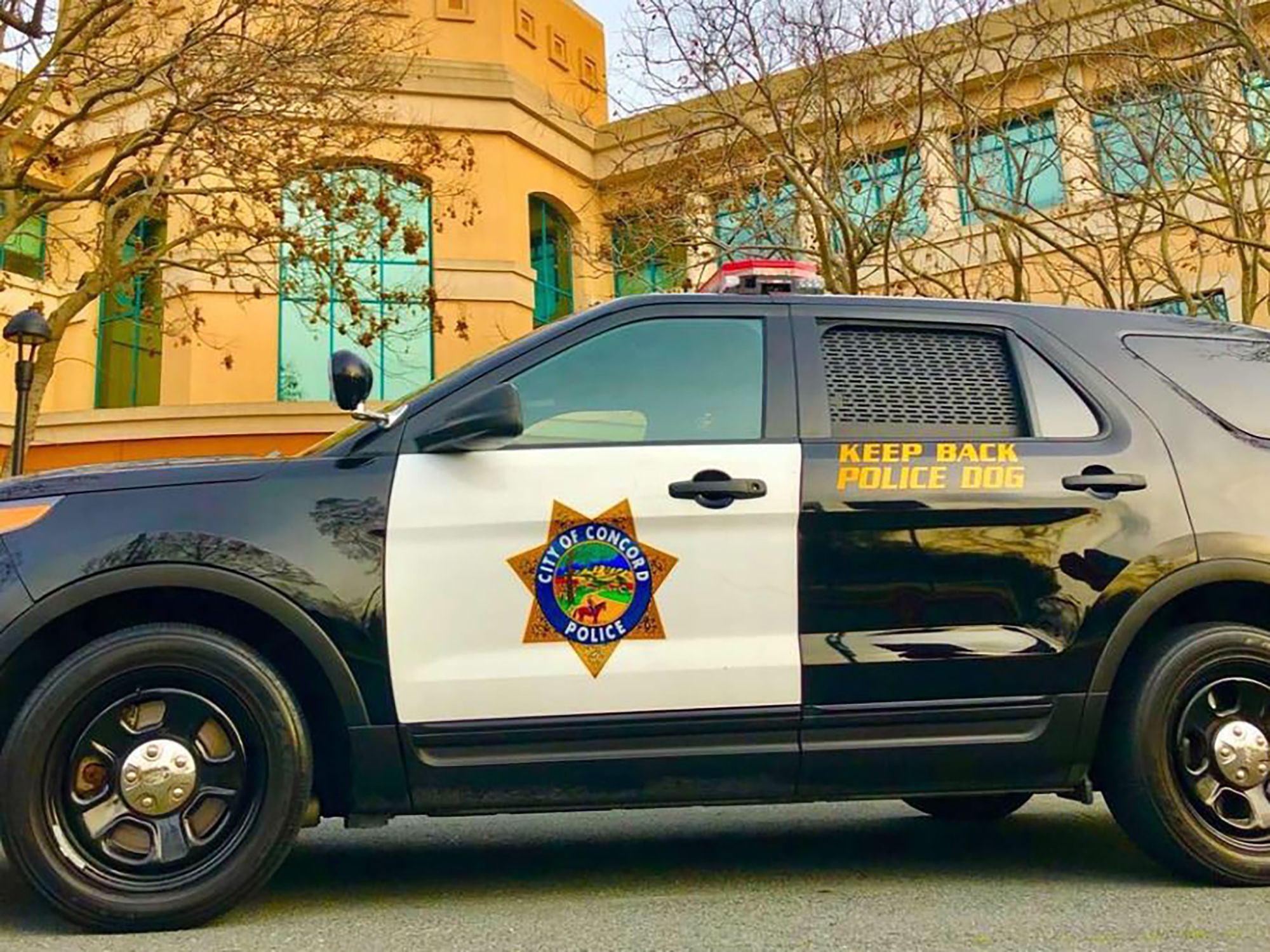 CONCORD – The Concord Police Department released a statement Wednesday saying it had “no reason” to believe any officers other than Kent Tribble — a former Concord police officer who later became a lieutenant with the Vallejo Police Department —  bent the tips of their badges following an on-duty shooting, contradicting Tribble’s court testimony when he said another officer bent his badge while he was employed there.

Tribble testified Tuesday that former Concord police Officer Dan Golinveaux bent Tribble's badge for him during a meal at the Peppermill restaurant in 2000 because Tribble was feeling bad about apparently missing a suspect with a rifle from seven yards away. Golinveaux worked at the Concord Police Department until 2016, according to state records.

“Our officers do not engage in the practice or act of what has been described as ‘badge bending,’” the Concord police statement said. “There are no current employees who engaged or have engaged in this behavior. According to a recent article where a former employee of the City described his participation in this act; [sic] we have no reason to believe any other former Concord Police employee engaged in this behavior.”

In a phone call on Thursday, Concord police Lt. Robert Garcia refused to answer any further questions about the statement, including whether Tribble’s testimony that Golinveaux bent his badge constituted a reason to believe another employee engaged in badge bending, whether the department was aware of the allegations before Tuesday’s testimony and whether it had investigated the allegations at all.

“We stand by our statement,” Garcia said.

Tribble testified as part of the criminal case against Dominic Milano, who in 2018 led Vallejo police officers on a chase from Vallejo to Oakland, where Milano exchanged gunfire with the officers outside a school. Milano was wounded in the shooting but survived and is facing attempted murder and other charges.

As part of Milano’s defense, the Solano County Public Defender’s Office has sought records relating to the practice of badge-bending to determine whether it was an incentive for Vallejo officers to shoot suspects. One of the officers who shot Milano, Matthew Komoda, testified Tuesday that Tribble bent his badge following a previous shooting.

Tribble testified that he and Golinveaux came up with the practice in 2000 as a way to recognize an officer who had been in a stressful situation and was forced to shoot a suspect.

“It was Dan who bent my badge and he was letting me know that he appreciated my efforts, despite how bad I felt about my performance,” Tribble testified Tuesday.

Tribble said that when he transferred to the Vallejo Police Department three years later, he continued the practice, and personally bent at least six badges following shootings before he retired last year. He admitted to bending the badges of Lt. Sanjay Ramrakha, who is now leading the department’s reforms of its use of force policy, Komoda, and officers David McLaughlin,  Mark Galios, and  Josh Coleman, who is now a Napa County sheriff’s deputy.

Tribble also testified that the practice spread in Vallejo and he witnessed other officers bending their colleagues’ badges following a shooting.

According to a Concord police Facebook post, Golinveaux was with the department for 34 years. He worked in various capacities before becoming a sworn officer in 1987, spent 21 years on the department’s SWAT team, and was a field training officer for a majority of his career, which “resulted in him training and mentoring 26 new Concord police officers.”

Golinveaux retired in 2016, according to Concord police.

The city of Vallejo hired former Sonoma County Sheriff Robert Giordano to conduct an investigation into the practice. Giordano completed a 150-page report concluding his investigation in September, but the city has refused to release it, saying it is an officer personnel record exempt from disclosure.

Superior Court Judge Daniel Healy, who is overseeing the criminal case against Milano, criticized Giordano’s report during testimony on Wednesday, saying it had “no value” and wasn’t designed to shed light on the practice.