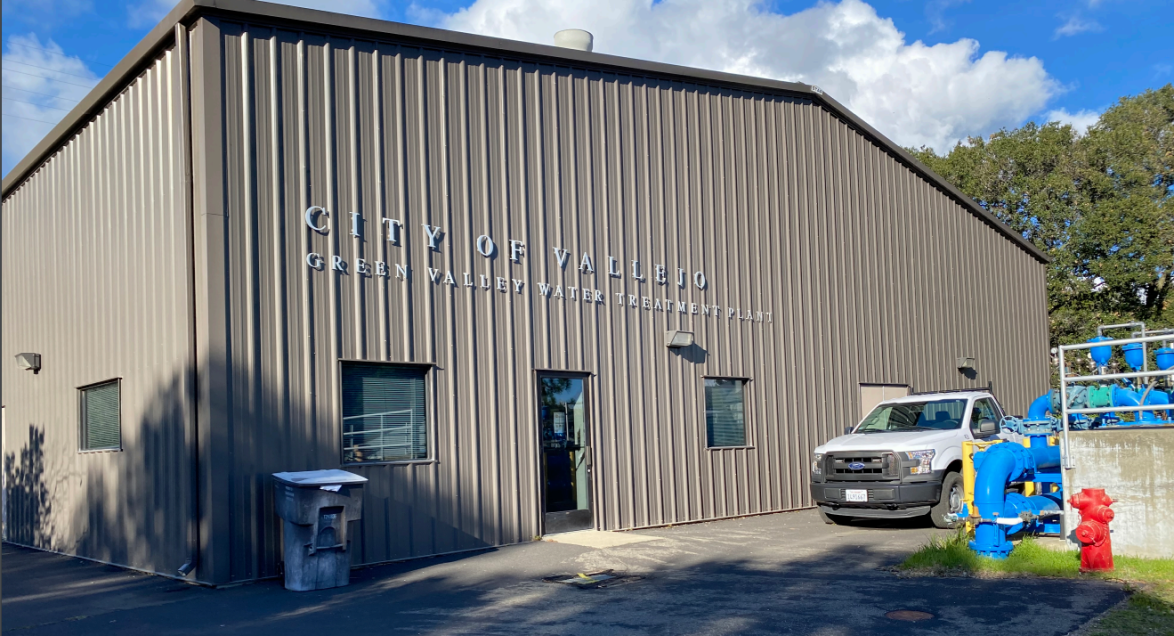 VALLEJO – A Vallejo water treatment employee is appealing a five-day suspension he received after he was found sleeping on the job inside one of the city’s water treatment plants when he was supposed to be working during a public safety power shutoff in October 2019.

The Vallejo Civil Service Commission will review the appeal during open session on Monday.

Kenneth McKay, a water treatment operator, was found lying on a yoga mat with a pillow asleep in the operations room inside the Green Valley Treatment Plant during the early morning hours of Oct. 10, 2019, according to the city.

McKay is no stranger to the city’s discipline process as he was terminated in October 2016 after a City Hall investigation concluded that McKay made threats to his co-workers. The Civil Service Commission overturned the termination and McKay went back to work.

Earlier in 2016, McKay received a written reprimand when he failed to clean a critical piece of equipment at the Fleming Hill Water Treatment Plant.

According to City Hall, the Green Valley Treatment Plant is normally monitored remotely but during a public safety power shutoff such monitoring is unavailable, so an operator is assigned to the location to review any water quality issues and address any equipment failure.

McKay was contacted earlier in the day to work a late-night overtime shift, which he accepted. Hours later, two city employees checking on the plant found the front door locked and the lights off as McKay slept – an incident McKay said he doesn’t remember.

“I dont recall anyone coming by nor do I recall sleeping. If I dozed off, I don’t know why I wasn’t woken up, I don’t know why it required an administrative investigation,” he wrote in a November 2019 email to his supervisors. “If I did doze off I do apologize and will not let it happen again I will try and keep our image in operations good.”

During a subsequent investigation, McKay maintained that “he was drowsy from taking medication and had not slept all day.” That medication was duloxetine, which is used to treat anxiety and help relieve nerve pain, according to a note from McKay’s doctor.

City Hall eventually concluded that McKay had engaged in misconduct by bringing a mat and pillow with the intent of sleeping, and for coming to work while impaired, violating the city’s drug policy.

“(McKay) decided he would use City paid overtime as an opportunity to catch up on sleep. It is important to distinguish this case from that of an employee simply dozing off for a short time during work, given the intentionality here,” the city said in its report to the Civil Service Commission. “Not only does (McKay’s) intentional use of City paid overtime to sleep amount to a theft of City paid time, it is demoralizing for co-workers who work hard at their jobs each day to see an employee blatantly slake off when all hands are needed on deck. Even if (McKay) did not engage in deliberate disregard to his duties (and he did), (McKay) grossly neglected his duties by sleeping during his shift on a pillow and mat, neglecting his duty to attentively monitor and be prepared to respond to water quality issues or malfunctions.

“(McKay) further neglected his duties in failing to abide by the Alcohol and Drug Policy, officials added. “(McKay) had a duty to notify his supervisor of medications that could impair his ability to do his job and was not prohibited from reporting to work impaired.”

IBEW Local 1245, which is defending McKay, said the city knew he was taking medication for a work-related injury he suffered in 2015. They also argued that McKay was given permission to use the mat as personal exercise/stretching equipment due to his on-going back injury.

McKay had his Skelly hearing, a due process conference which gives an employee the opportunity to refute any allegations of wrong doing, in June 2020 – nearly seven months after the incident took place.

The union is also questioning why the issued has dragged on for over a year after the incident occurred.

City officials cite the COVID-19 pandemic, and the city being “gripped in the wake
of an officer-involved shooting that sparked national attention,” as some of the reasons for the delay.

“The City was beset by looters, widespread protests, and the National Guard descended. Emergency curfews were put in place and Human Resources was burned down and flooded. Files were destroyed and Human Resources staff were unable to work from their offices until two months ago,” officials added. “At the same time, the City faced unprecedented operational challenges brought on through COVID, all while battling with staff shortages, turn-over, and heavy workloads. While the City is cognizant of this delay and willing to accept its share of accountability as it continues to navigate the challenges of our times, these challenges do not afford (McKay) a ‘get out jail free’ card. They do not and should not immunize employees from accountability for their actions.”

McKay maintains the attempt to suspend him is retaliation by the city after he helped a co-worker file a complaint with the Equal Employment Opportunity Commission, and after he complained about the city’s water employees failing to maintain six feet distance from each other in the treatment plants.

The Vallejo Civil Service Commission will meet at 5:15 p.m., Monday, via teleconference.

Members of the public may provide public comments during the meeting via ZOOM
(https://ZoomRegular.Cityofvallejo.net), or via phone, by dialing (669) 900-6833.

There are three different ways you can view this public meeting: Watch Vallejo local channel 28; stream from the city website: http://www.cityofvallejo.net/Streaming; or by joining the Zoom webinar: https://ZoomRegular.Cityofvallejo.net.