Caltrans looking to elevate Highway 37 between Vallejo and Marin County

The project is expected to cost between $8 billion and $11.1 billion.
Share this news on: 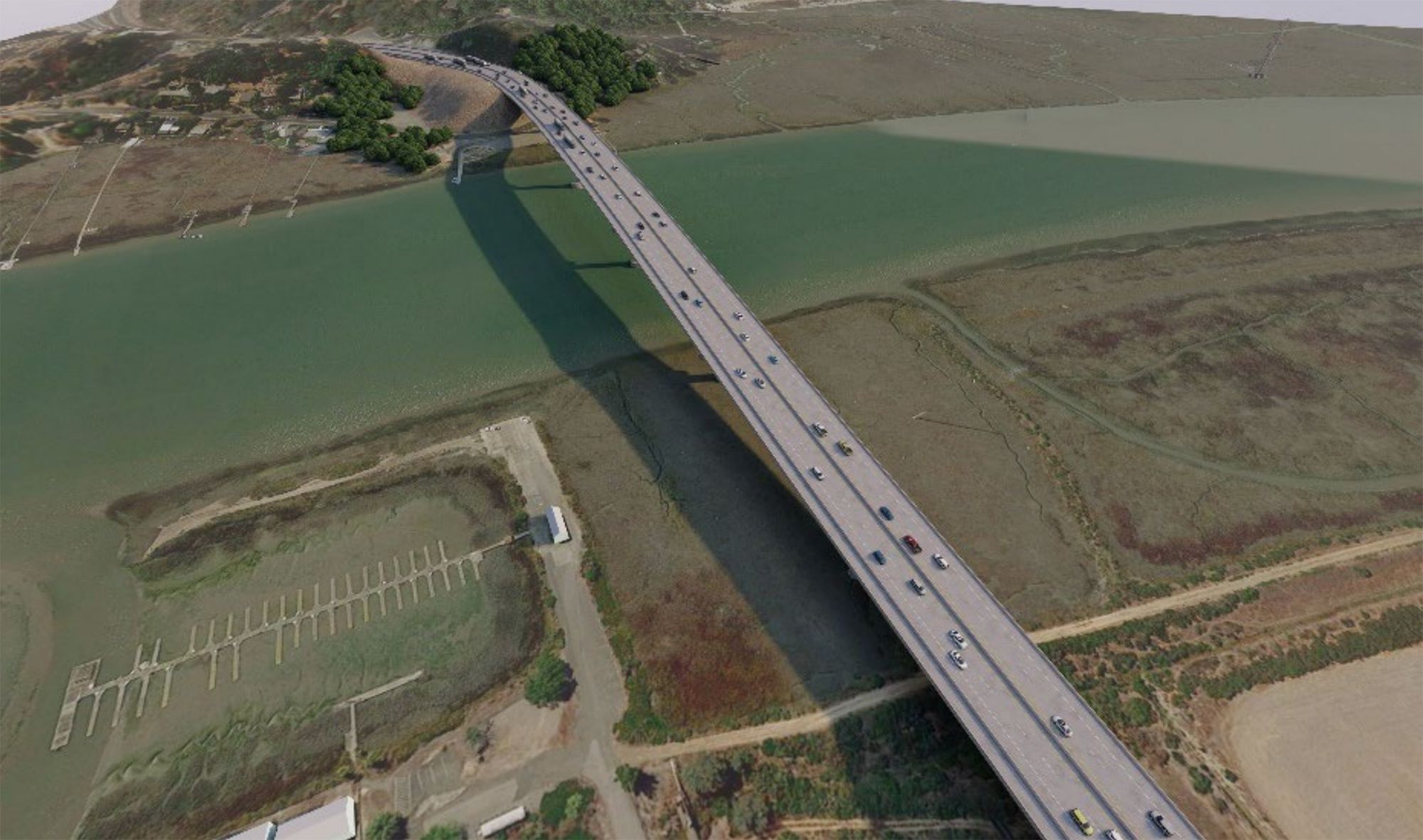 A rendering of a proposed elevated highway between Vallejo and Marin County. Courtesy Caltrans.

VALLEJO – The California Department of Transportation is seeking to elevate state Highway 37 between Vallejo and Marin County to protect the flood-prone highway from sea level rise from climate change.

Caltrans conducted a study of options starting in the fall of 2020 as the agency predicted worsening flooding over the coming decades, with the entire corridor between Novato and Vallejo expected to be permanently submerged by 2100.

“The loss of SR 37 to sea level rise would have profound consequences for the communities in the region, the economy, and the environment,” Caltrans officials wrote in a Planning and Environmental Linkages report published in January.

“As a key corridor providing access for Solano County, the result would be additional traffic on distant roadways that are not equipped to handle it and economic loss and reduced opportunity for disadvantaged community residents of Solano County who commute to Marin and Sonoma Counties,” the report stated.

The highway, which traverses wetlands on the edge of the San Pablo Bay, was sporadically closed in recent weeks due to flooding during recent atmospheric river storms that swept through the state. Caltrans expects flooding to become more frequent in the coming years.

Even in drier years, the highway is prone to flooding, as it was closed for 28 days in 2017 and eight days in 2019, transportation officials said.

Caltrans’ study considered several options, including moving the highway, constructing a floating bridge or tunnel, and adding rail service. It concluded that the highway should generally follow the existing route on an elevated causeway. The highway would be widened to include four traffic lanes and a bicycle and pedestrian lane.

The project is expected to cost between $8 billion and $11.1 billion. Caltrans said it is looking for funding sources but construction cannot begin on the project until the requisite environmental review is completed.

State Sen. Bill Dodd, who represents most of the area surrounding the highway, introduced two bills to fund improvement projects in the corridor last year, one which would authorize Caltrans to charge a toll In the corridor and the other that would redirect nearly $2 billion in federal funds to Highway 37 projects. Both passed the Senate but were never brought for a vote in the Assembly.

Caltrans has been aware of Highway 37’s vulnerability to sea level rise for some time. In 2015, the agency wrote in a transportation concept report that the road had frequently been closed due to flooding, which it expected to worsen as climate change progressed.

“Climate scientists predict that seasonal storms are likely to grow more frequent and more severe from the effects of global warming,” Caltrans officials wrote in 2015. “For Highway 37, this will likely lead to more frequent and potentially long-term or permanent closures.”