The shirts were handed out to fifth grade students graduating from the program at Robert Semple Elementary School.
Share this news on: 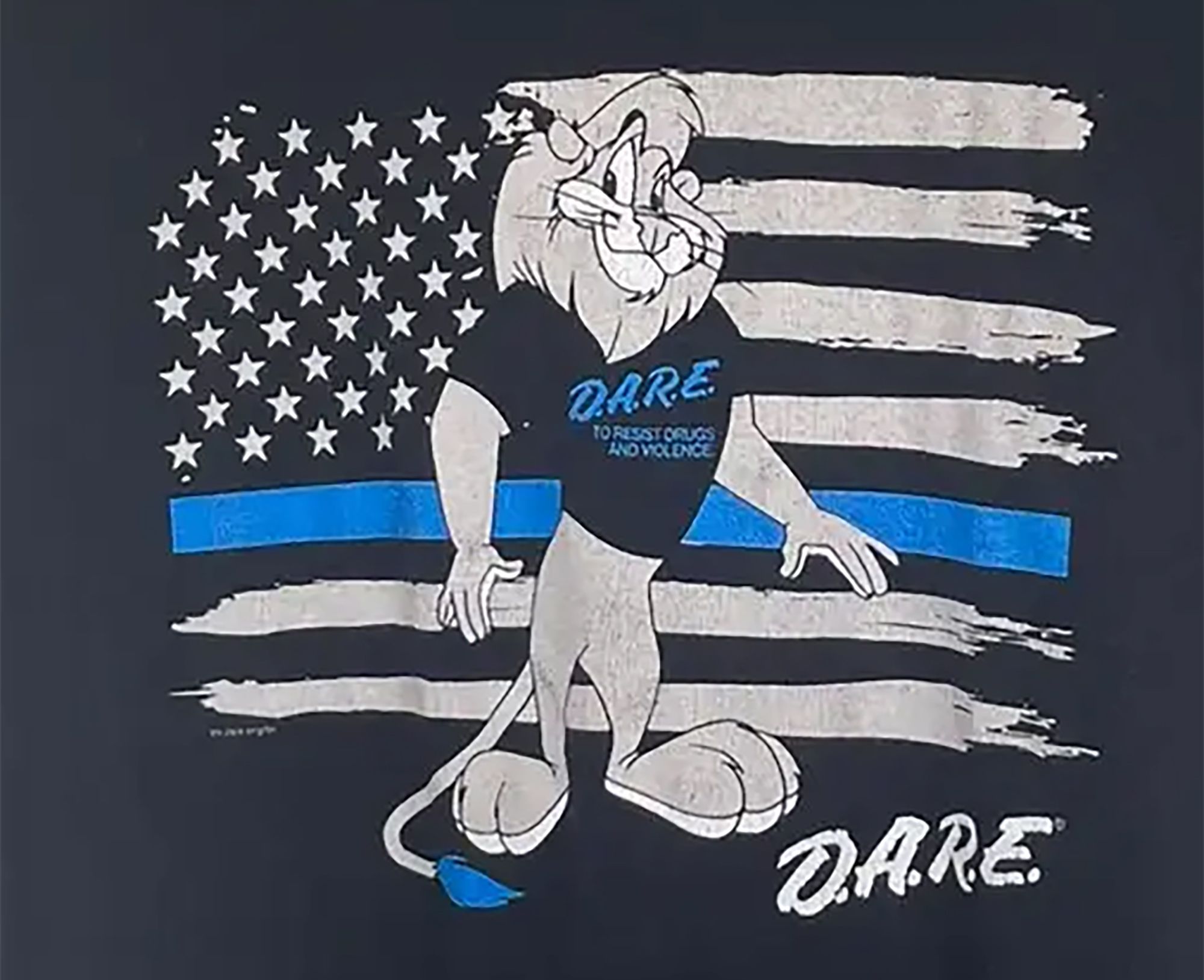 BENICIA – A principal at a Benicia elementary school sent an emailed apology to parents upset that the police department handed out “thin blue line” T-shirts as part of its Drug Abuse Resistance Education (DARE) program, the school’s principal confirmed to the Vallejo Sun Friday.

The shirts depict the DARE program’s lion standing in front of a black and white American flag with a single blue stripe across the center. According to an email sent to families this week from Robert Semple Elementary School Principal Christina Moore, the shirts were handed out to fifth grade students graduating from the program.

“I want you to know I am aware, recognize and understand fully that there were some shared feelings around the shirts given out to the 5th grade students,” Moore wrote in the email. “I want you to know how sorry I am if this caused you or your family any unsettled feelings.”

The “thin blue line” phrase and imagery has long been used as a symbol for the role of police officers to providing an orderly society, but has also been widely used since the formation of the Black Lives Matter movement in 2014 to represent the “Blue Lives Matter” counter-movement, which has sought to protect officers’ discretion to kill and make killing police officers a hate crime.

Because of its association with the Blue Lives Matter movement, some departments have banned officers from displaying the symbol on duty, such as the San Francisco Police Department, where officers wore masks with the symbol during the early months of the pandemic.

The Vallejo Police Department was also criticized on social media when it posted a photo of officers, including police Chief Shawny Williams, posing next to the flag in December 2020. It later deleted the post on Twitter.

The DARE program started in the 1980s in Los Angeles. Police officers are sent to classrooms to teach students about the dangers of drugs.

The email to parents also included a note from Benicia police Chief Mike Greene, who said that the shirts had been ordered a few years ago from DARE and have since been discontinued.

“Because graduations were put on hold with the pandemic we’ve had these T-shirts in storage since we purchased them,” Greene wrote. “At that time, the thin blue line design had a much different meaning.”

“I fully understand that the ‘thin blue line’ symbol has morphed in meaning and we as a department have also changed with the times,” Greene continued. “It was an oversight on our part.”

He said the T-shirts will not be distributed in the future and that the students who received them will have the option of swapping it out for one with a different design.

In an email to the Vallejo Sun, Greene said that the shirts were ordered during the 2018-19 school year.

“The thin blue line has different meanings to everyone and we understand that following recent national events it can evoke strong negative feelings,” Greene said. “We certainly strive to be inclusive and respectful to all, and we acknowledge that this was an oversight on our part and we are taking appropriate steps to correct it.”