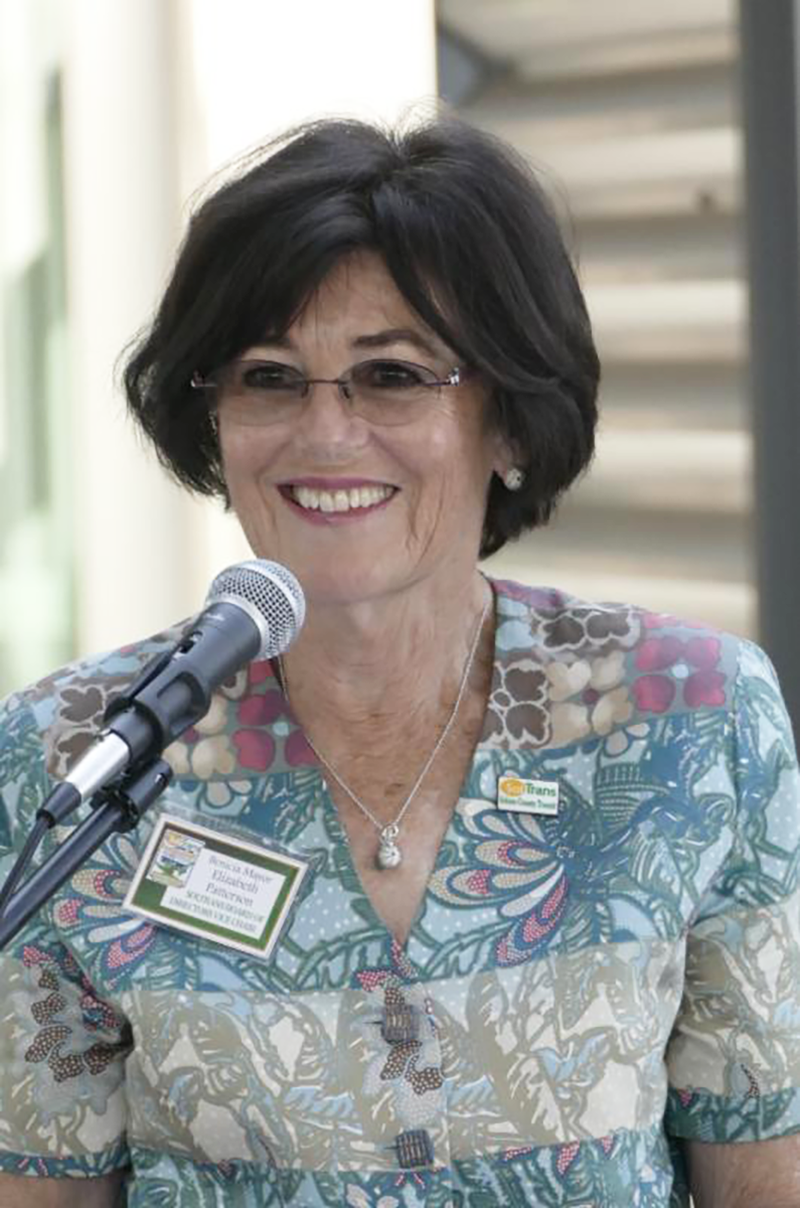 BENICIA – Outgoing Benicia Mayor Elizabeth Patterson will be honored on Tuesday by elected officials after nearly 20 years of public service on the City Council.

Patterson, who was first elected to the City Council in 2003, began her run as mayor when she was elected to the position in 2007. She went on to be re-elected twice before deciding earlier this year not to seek a fourth term as mayor.

She told the Fairfield Daily Republic in July that she will be focusing her energies on fighting climate change.

Patterson will be presented with a resolution honoring her service to Benicia.

The resolution, in part, states that she “worked tirelessly to protect and promote
Benicia’s interests on a wide range of issues, from public safety to fiscal responsibility, and
that of the larger community, by promoting sustainability and climate awareness.”

It also praises Patterson’s “advocacy for environmental sustainability dovetailed with her passion for planning, which led to a leadership role in forming the Community Sustainability Commission.”

At 6 p.m., the council will meet in closed session to discuss once case of potential litigation. Then at 7 p.m., in open session, the council is expected to certify the election results of the council and mayor contests and also honor Patterson.

During the second meeting at 7:30 p.m., Young, Campbell, and Macenski will be sworn in for their new terms. They will join Strawbridge, and fellow Councilman Lionel Largaespada.

Those wishing to submit a comment for the either meeting can do so by emailing the comments to Benicia City Clerk Lisa Wolfe at lwolfe@ci.benicia.ca.us.

The general public can view the public three ways: Cable T.V. Broadcast on Channel 27; livestream online at http://www.ci.benicia.ca.us/agendas, or by Zoom meeting.

The Zoom link is
https://us02web.zoom.us/j/83511032155?pwd=b3Z6S3UxcnhmaUhxWlRUc2ttSkpRQT09
• If prompted for a password, enter 454382.
• Use participant option to “raise hand” during the public comment period for the item you wish to speak on. Please note, your electronic device must have microphone capability.