He found unresponsive and hanging from his safety harness around 10:30 p.m. Friday.
Share this news on: 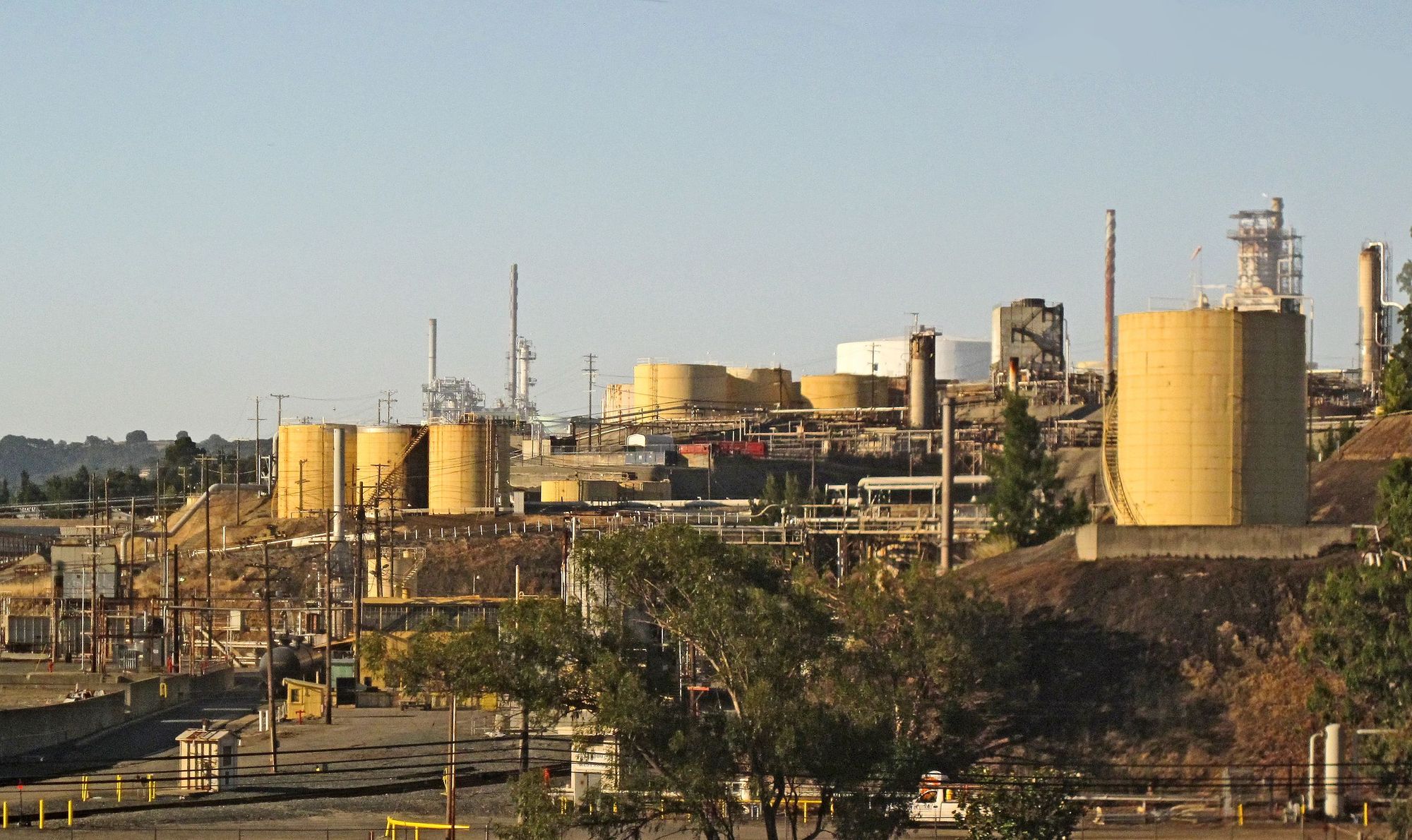 BENICIA – A worker who died Friday night at the Valero refinery in Benicia was found hanging from a scaffolding ladder by his safety harness over a piece of refinery equipment, according to the state Division of Occupational Safety and Health.

Cal/OSHA confirmed on Monday that it’s investigating how the worker died and has ordered the refinery, located at 3400 E. Second St., to temporarily stop using the equipment and the surrounding area where he died.

The Solano County coroner's office identified the man as Luis Gutierrez, 35, who lived in Wilmington in Los Angeles County, where there is also a Valero refinery. KQED reported that Gutierrez was a member of Laborers Local 1309.

Cal/OSHA said that the man was a contractor working for JT Thorpe & Son, a Richmond, California-based company that engineers methods for fireproofing and acid-proofing surfaces. JT Thorpe did not immediately respond to a request for comment.

According to Cal/OSHA, Gutierrez was found unresponsive and hanging from his safety harness around 10:30 p.m. Friday. He was inside an overflow tube of a regenerator, a piece of equipment used in oil refining where a catalyst is processed so it can be added to heated heavy oil and cause a molecular reaction.

Fire dispatch audio indicates that Valero called 911 at 10:49 p.m. and that Gutierrez had fallen about six stories. He had to be removed from the equipment and CPR was attempted to revive him, but he was pronounced dead at the scene.

Cal/OSHA investigators arrived at the refinery at about 2:15 a.m. the following morning. The agency ordered the refinery to stop using the area around the regenerator and, in addition to Valero, is investigating JT Thorpe as well as equipment supplier Valen Safety Supply and contractors Brand Scaffolding and Total Safety.

Benicia police said on Saturday that there was no indication that any crime had been committed. Mayor Steve Young said that the death appears to be the result of an accident. "The City will offer whatever assistance is requested," Young said in a text message. "Our condolences go out to the family of the employee."

Valero did not respond to requests for more information on Monday. Paul Adler, a spokesperson for Valero, said on Saturday that the company is cooperating with investigators.

"An investigation is underway to determine the cause of death and whether it was work-related," Adler said. "Our thoughts and prayers are with the contractor and their family during this time of loss."

The Benicia refinery was built in 1968 and was acquired by Valero in 2000. It employs 430 people and can process 165,000 barrels of oil per day. It produces jet fuel, diesel, gasoline, petcoke and accounts for 45% of the asphalt supply in Northern California, according to its website.