Friday’s announcement about the opening of a warming shelter came hours after the John F. Kennedy Library reopened to the public after being closed most of the week following a fire Monday morning.
Share this news on: 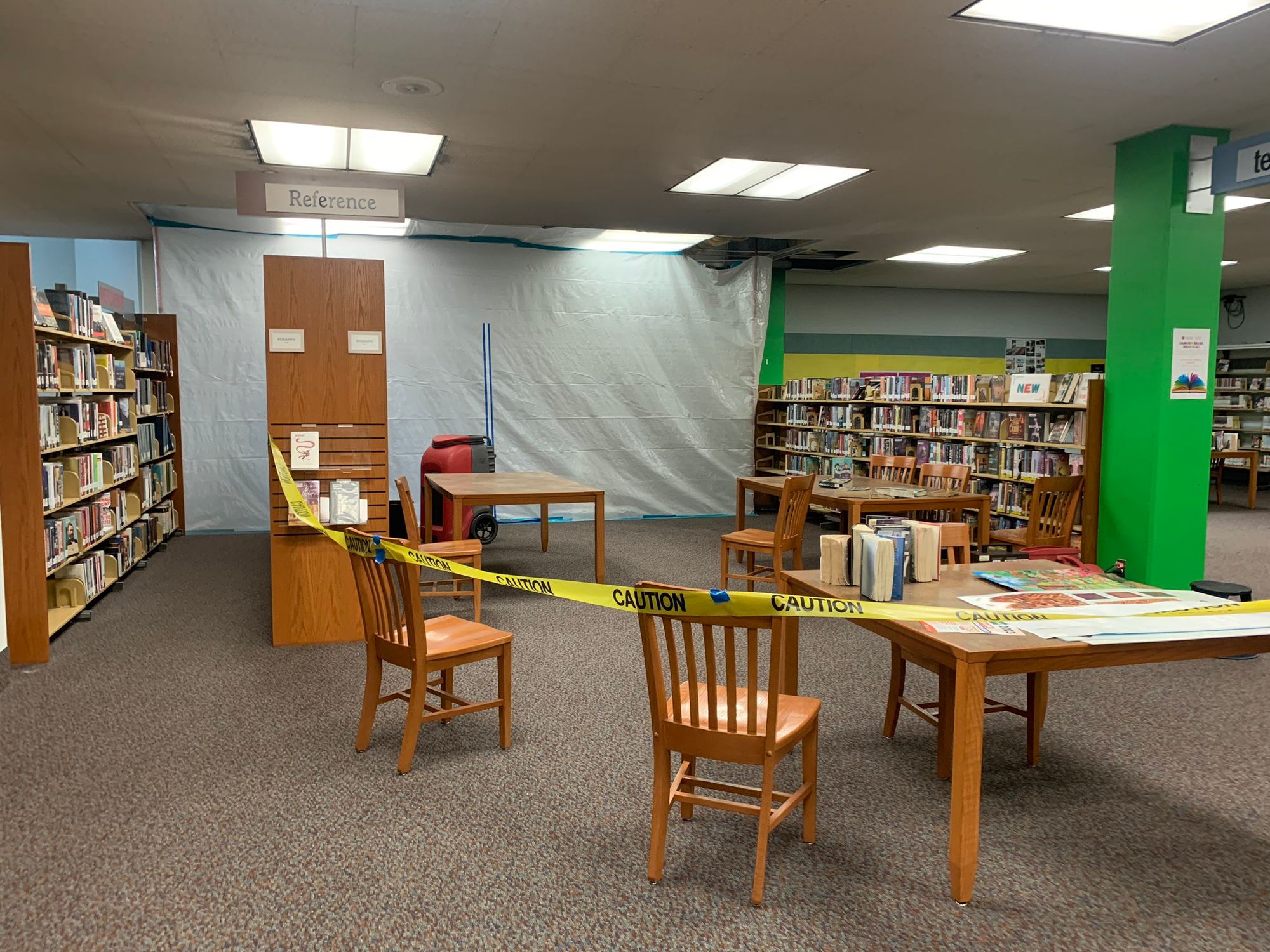 A plastic sheet covers a section of the John F. Kennedy Library on Friday following a fire earlier in the week. Photo: John Glidden.

VALLEJO – As a parade of storms continue to sweep through the region, the city of Vallejo announced it will be opening an overnight warming shelter for the city’s unsheltered population on Saturday night.

Friday’s announcement about the opening of a warming shelter came hours after the John F. Kennedy Library reopened to the public after being closed most of the week following a fire Monday morning. The library has been a go-to location for the unsheltered to escape torrential rain and high winds during the day.

The warming shelter will be held on the other side of the building inside the Vallejo Room located on the first floor. It will be open from 8 p.m. to 7 a.m.

Monday’s fire started when a tent located outside the building caught fire. The blaze spread to a tree overhead and broke a window on the second floor of the library. The two-alarm fire destroyed a handful of books in the teen section before firefighters were able to get it under control.

The teen section and a portion of the reference stacks were blocked off from public access on Friday with a plastic sheet covering the damaged section.

More than two dozen people used the warming shelter each night on Monday and Tuesday. Over the past two months, Vallejo has periodically opened an overnight warming shelter amid freezing temperatures and torrential rain.

The shelter has rotated between the Norman C. King Community Center in South Vallejo and the library.

The city’s execution was met with initial criticism because of a lack of transportation, a stunted ability to get the word out about the shelter, and a lack of amenities like beds or any means for privacy. The city has since worked with the county’s SolTrans bus service to provide free rides to and from the shelter.

Individuals only need to tell the bus operator that they are "traveling to or from the Vallejo warming shelter,” to take advantage of the free ride.

The Solano County Office of Emergency Services declared a local emergency on Tuesday because of continued impacts of localized flooding, downed trees and mudslides from December and January’s storms. President Joe Biden also declared a federal emergency in several California counties this week, but not in Solano.

Also on Tuesday, the county issued an evacuation warning for residents within a half mile of Suisun Creek between Cordelia and Fairfield. The area is at risk of flooding because Lake Curry, an unused reservoir owned by the city of Vallejo, is at risk of overflow.

“The ongoing unsettled weather in the West associated with the active Atmospheric River pattern unfortunately continues into this weekend with another couple rounds of heavy precipitation forecast,” the National Weather Service warned on Friday.

Free self-serve sandbags are available 24 hours a day 7 days a week throughout the winter at the following locations in Vallejo and Benicia: