Vallejo school board to get update on superintendent search 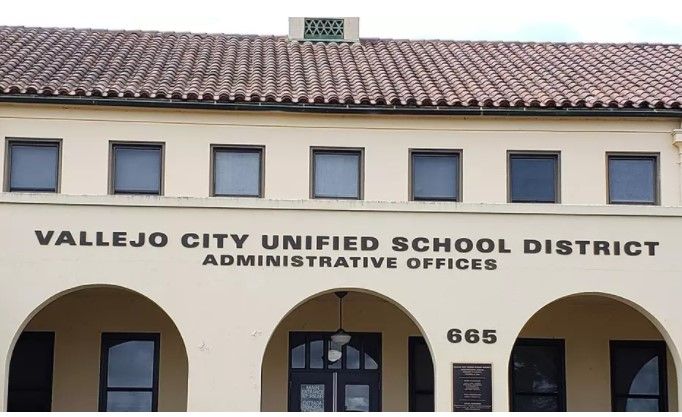 A $17,900 contract is expected to be awarded next week to a Nebraska-based consulting firm to help in the search for a new Vallejo City Unified School District superintendent.

The Vallejo school board will be asked at its Sept. 2 meeting to approve the contract with McPherson & Jacobson, LLC to conduct a nationwide search for a new superintendent following the departure of Adam Clark in July.

The search will include “setting timelines for the process, collecting data from stakeholders, advertising for the position, and screening applicants,” according to a district staff report.

Trustees will also get a look at a search brochure put together by the firm.

Two weeks later, the board approved a contract with Romao. As interim superintendent, Romao earns about $1,022 each work day, Adrian Vargas, the district’s chief business official, told JohnGlidden.com in an Aug. 20 email.

The contract is based off the 225 work day calendar and the $230,000 amount Clark received as superintendent.

Clark’s move appeared to be fruitful as he now earns $300,000 serving as superintendent with Mt. Diablo Unified Scholl District, according to the contract terms with that district.

The contract stipulates that Clark receive a base salary of $298,000, plus an annual $2,000 stipend for holding an advanced degree, and $300 monthly travel allowance.

His departure from Vallejo comes as the district is in the midst of shuttering several schools following years of decreased enrollment. The district is under pressure from increasing salary and benefit costs, battling to prevent deficit spending, and maintaining online learning amid the COVID-19 pandemic.

The district has slashed millions of dollars over the past several years through employee layoffs, and closing of district properties, including Franklin Middle School, and Beverly Hills elementary.

In addition, the district still pays the state about $3.5 million each year to pay back a $60 million loan the district received in 2004 after officials inflated enrollment numbers, underestimated salary figures and presented union contracts to the school board that the district could not afford.

Due in part because of that loan, the board will be asked during the same Sept. 2 meeting to approve a contract with the Solano County Superintendent of Schools and Melvin Iizuka. Iizuka will receive $46,200 to serve as a special trustee, tasked with monitoring and reviewing the school district’s operation to ensure it states solvent.

Iizuka has power to stay or rescind any action the trustees take that in his judgement “may adversely affect the financial condition of the District,” according to Iizuka’s contract.

Having a special trustee is required under the repayment terms of the state loan.

The Vallejo City Unified School District Board of Education will meet virtually at 4 p.m., Sept. 2. Members of the public can submit comment(s) on a specific agenda item or during community forum, by emailing suptoffice@vcusd.org. Those wishing to address the school board must include the title and agenda item number in the subject of their email.

The meetings are live streamed on the district’s YouTube page.