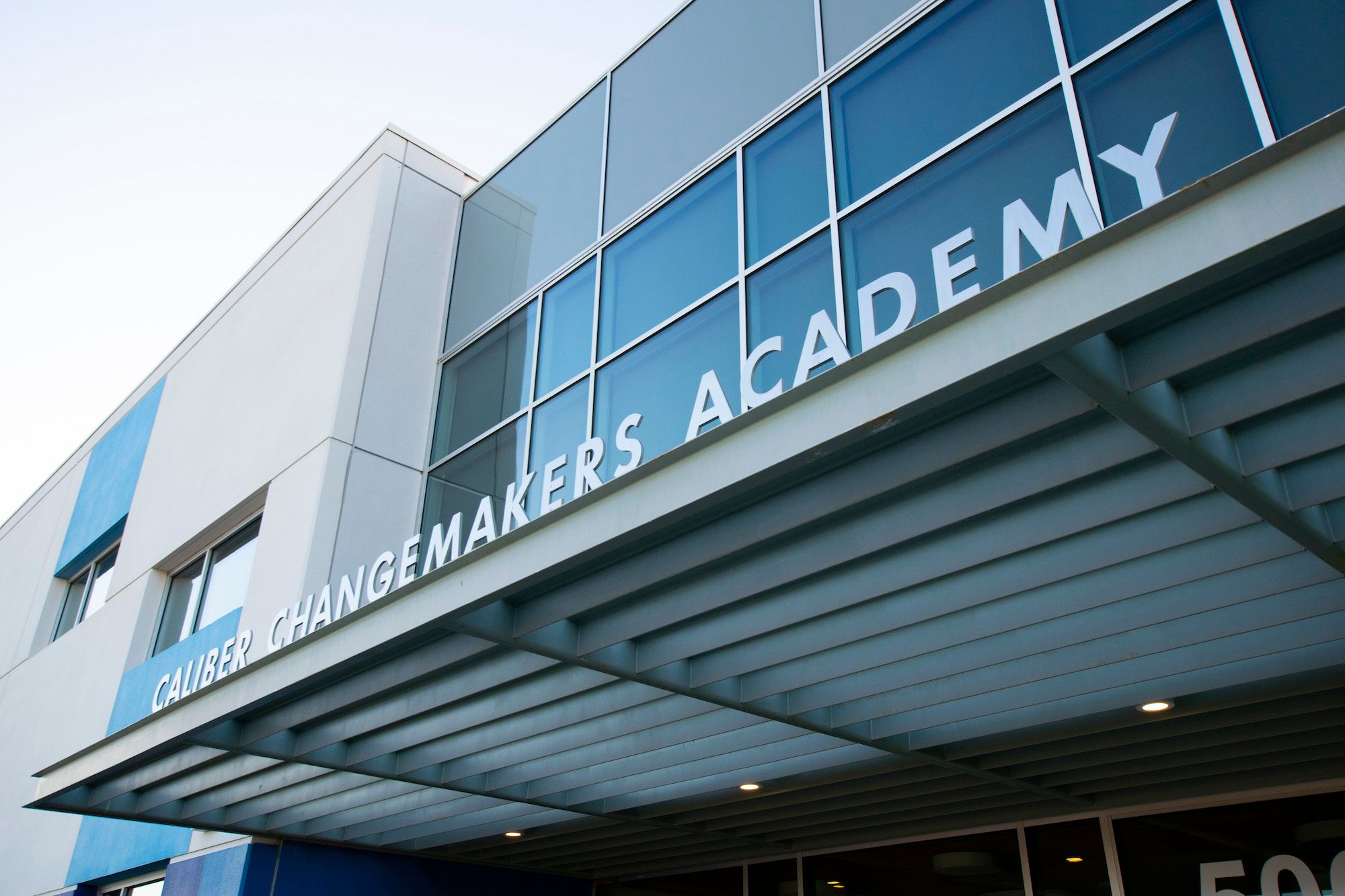 VALLEJO – A charter school network with schools in both Vallejo and Richmond recognized a new union of faculty and support staff earlier this year, one of few charter schools to form a union in California and the first in the U.S. to be organized with the Industrial Workers of the World.

The union drive at Caliber Public Schools began in Richmond two years ago and staff has been organizing since, spreading their efforts to Vallejo last year after the school management argued that both schools should be included. Despite the unexpected challenge, organizers secured a clear majority earlier this year and the school voluntarily recognized the Caliber Workers Union in May.

Faculty at charter schools, which are privately operated schools that receive government funding, rarely belong to unions, unlike teachers at public schools.

The California legislature first enacted legislation to allow charter schools in 1992, and by the 2021-22 school year 11.5% of the state’s public school students attended one of the more than 1,300 charter schools operating in California, according to the state Department of Education.

But Caliber is the first charter school in the U.S. to organize with the IWW, an international labor union founded in Chicago in 1905 that organizes workers across industries and places an emphasis on direct representation by workers in contract negotiations.

“It is very rare because of the extent to which charter school employers have often gone in fighting off any perceived challenges to the power being held at the very top,” said Cameron Crowell, an organizer with the IWW. “We're hoping to set this off on a different foot, as we do see this as fairly unique.”

Management for Caliber did not respond to an interview request.

More than 1,700 K-8 students are enrolled across Caliber’s two schools, according to its website. The charter network opened its first school, Caliber Beta Academy, in Richmond in 2018. Caliber Changemakers Academy in Vallejo opened two years later and moved to a new building in 2018 at the former site of the Vallejo school district offices. Richmond’s campus has been based in a series of portable classrooms behind John F. Kennedy High School, but it is slated to move to a new campus in the coming school year. Caliber says it is looking to add high school options in the future.

But teachers at the schools say they have failed to live up to its stated mission as the schools have struggled to recruit and retain staff.  Tyler Powels, a former 4th grade teacher at the Richmond campus, told the Working People podcast in May that he joined the school as it was rapidly expanding, which made the teaching environment “chaotic,” as some teachers had 33-37 students in their classroom.

While the staff would try to address their concerns through conversations with management and even organizing cost-saving measures, they did not feel their concerns were being addressed. Eventually, they felt their only avenue was to unionize, and Powels said he reached out to the IWW, a group he was familiar with from activism during the Occupy movement.

“My understanding of IWW was that their structure was going to allow us to not become another bureaucracy-based union,” Powels said. Rather than the union being a self-interested entity making decisions on behalf of workers, Powels said that he found the IWW wanted to “empower us to make all the decisions as the workers in the workplace.”

“There never has been an outsider who has made any decisions on our behalf and because of the structure of the union, there never will be,” Powels added.

Powels said that the teachers’ demands weren’t typical of union drives, where the primary interest in organizing is for better compensation. Instead, the Caliber teachers sought a better teaching and learning environment.

“People weren't talking about getting more money,” Powels said. “It was all people who wanted to make the workplace the ideal place for people to get to have their education for families to be supported, for staff to be able to stay. Because year after year, what I would see is overwhelmingly really good hard-working teachers and staff unable or unwilling to stay.”

Kimika Bland, who has taught math and science at the Richmond campus since 2016, told the Vallejo Sun that she joined the union effort because she didn’t think that teachers had a role in the school’s management, even when it came to their own curriculum, and she was concerned about high staff turnover because of workload or mismanagement.

“Decision making in general was something that was really frustrating a lot of times,” Bland said. “Hearing information from the top but not having any voice from students, staff and family.”

Bland said that teachers wanted to give students — who are predominantly Hispanic and Black — a more culturally relevant curriculum but didn’t have enough control.

In October, the IWW accused Caliber of illegal activities in retaliation for union organizing, including refusing to offer Powels a new contract, surveilling staff for union activity, ordering employees not to discuss the union drive in work hours and censoring emails between workers expressing support for a union.

Despite the alleged obstruction, workers at the Richmond campus filed for certification with the California Public Employment Relations Board (PERB) with a large majority that year. But the school’s management argued that both schools should be represented by a single bargaining unit, despite the fact that they were operating in different districts. The Richmond workers were prepared to fight in court but simultaneously started working to organize with their colleagues in Vallejo.

Erinn Murphy, who has been a special education teacher at the Vallejo campus for the last three years, told the Vallejo Sun that when the COVID-19 pandemic started in 2020 and the school moved to distance learning, she saw her colleagues becoming increasingly burnt out. New administrative tasks were added to their already busy workload, but Murphy said she felt that management wasn’t taking sufficient steps to offer teachers support or check on their wellbeing.

Still, teachers at the Vallejo campus at first weren’t enthusiastic about unionization. But Murphy said that a series of controversial employee departures led staff in Vallejo to circulate petitions and seek better protections for employees. And it led Murphy to become more involved with the union earlier this year.

“I can't serve a school that I don't want to work at,” Murphy said. “And if people aren't happy there, then I can't work there.”

She stressed that she did not think that Caliber is a bad school nor one that is worse than others she’s worked at, but she wants to see it improve and sees the union as a means to achieving that.

On May 10, the state certified that the employees had shown a clear majority support among teachers and staff at both campuses. The organization included not only faculty, but office, food service and healthcare workers as well, among others. Two weeks later, school CEO Terence Johnson sent an email to all staff announcing that the school would voluntarily recognize the union as the workers’ official bargaining unit.

The employees are still selecting their bargaining representatives in anticipation of their first contract negotiations. Teachers said that they will emphasize having more employment protection and eliminating their at-will employment status.

Murphy also said that she would like to see more well-defined job descriptions “so that people aren't being overworked with taking on additional responsibilities without being compensated.”

She added that she also wanted to see “more clear pathways for career development that doesn't involve going to work somewhere else.”