Starting on Oct. 24 and continuing through the end of the year LaRussell will cover the costs for the restaurant.
Share this news on: 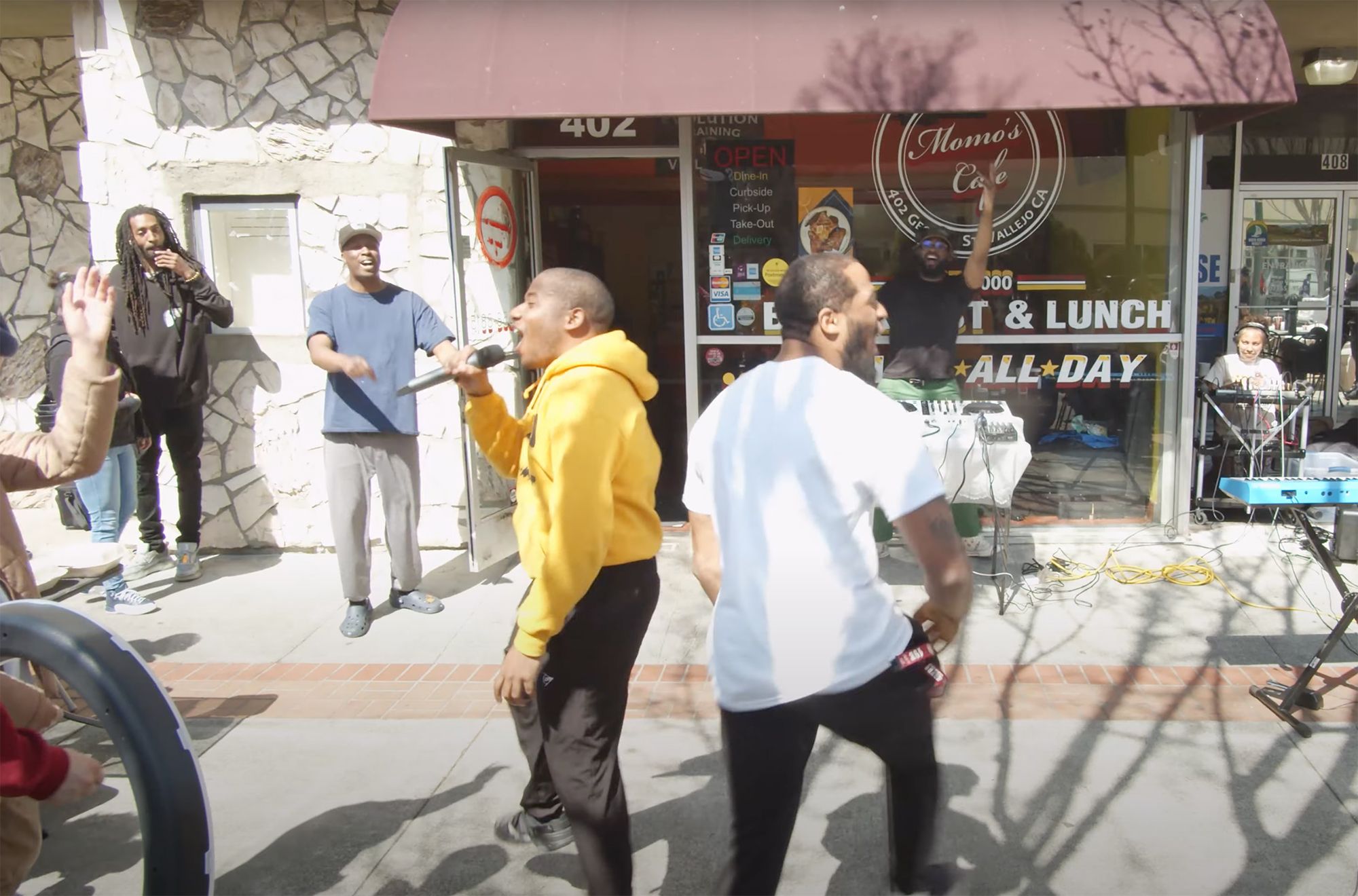 VALLEJO – Independent rapper LaRussell has bought out downtown Vallejo’s Momo’s Café and intends to let customers pay whatever they want to eat there through the end of this year, the rapper announced on Wednesday.

LaRussell told the Vallejo Sun that starting on Oct. 24 and continuing through the end of the year, he and his company, Good Compenny, would cover the costs for the restaurant, which is located at 402 Georgia St. and serves breakfast and lunch until 2 p.m. daily.

The 28-year-old rapper said that he used to eat in Momo’s and owner Manny Melendrez has been a fan of his music, even before his career started gaining traction. So when LaRussell had the idea to have a special pay what you want event, Melendrez "was someone who was open and willing to take the risk with me, so he reaps the rewards as well,” LaRussell said.

LaRussell started with three similar one-day events at Momo’s earlier this year, but after a run of good luck, decided he wanted to expand what he was doing. “My career had just grown and I’m in a much grander position so I wanted to do much grander events,” he said.

In addition to the pay-what-you-want aspect, LaRussell would also give performances in front of the restaurant, drawing a crowd, and did a book signing there as well.

While people have the option to eat for free, LaRussell said many don’t, and are happy to pay for their meal if they can afford it.

In preparation for this event, LaRussell also helped renovate the interior of Momo’s with a fresh look. He said that he definitely will keep the pay what you want promotion through November and hopes to continue through the end of the year as well.

He said he’s hoping other famous Vallejoans like E-40 or Nef the Pharaoh may want to join in on the event, but for now it’s mostly himself footing the bill.

“It's just funding it out of my pocket, me and my company and my friends,” he said. “I can afford to do it myself, I have a very successful career.”

The independent artist just released his 21st self-published album, “I Hate When Life’s Going Great,” earlier this month. The album is available on streaming platforms but LaRussell encourages fans to buy a signed physical copy directly from him – again, for whatever they want to pay.

He also said he has a sold-out show coming up at Vallejo’s Empress Theatre, as well as upcoming shows in Los Angeles, Sacramento, Santa Cruz and Oakland. And on July 7 – 707 Day – intends to throw the first pay-what-you-want festival at the Solano County Fairgrounds in Vallejo.