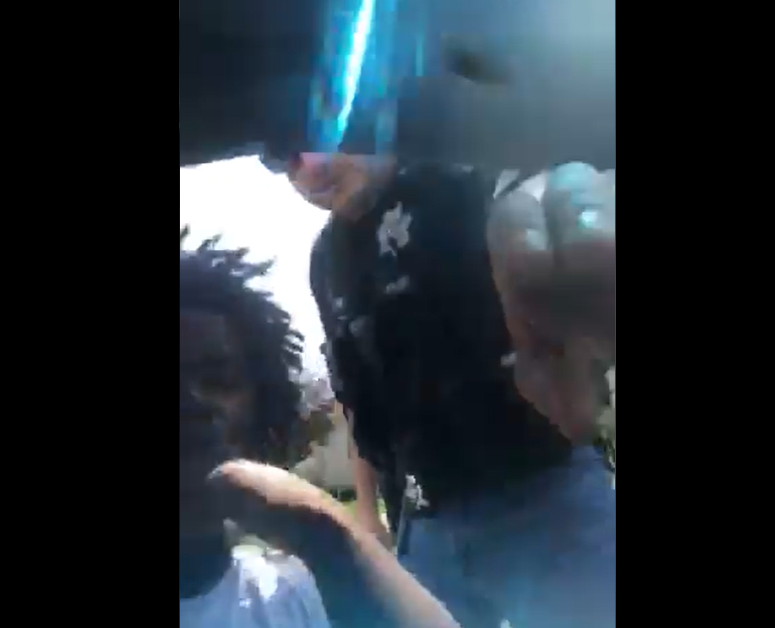 VALLEJO – The city has settled an excessive force lawsuit brought by a local man who was thrown to the ground and choked as he recorded his interaction with Vallejo police Officer Jarrett Tonn in April 2017, according to a settlement agreement obtained by JohnGlidden.com.

Last September, Vallejo officials agreed to the $52,500 settlement with Robert Strong, who filed a lawsuit in May 2018 arguing Tonn pulled him out of his vehicle without warning after he refused to stop filming the traffic stop on the afternoon of April 19, 2017 near Springs Road and Lassen Street. The lawsuit also named former Vallejo police Chief Andrew Bidou as a defendant.

Strong’s lawsuit alleges he was walking to his car, after getting off a bus, when Tonn drove past in the opposite direction. When Strong opened his car door, Tonn made a U-turn and pulled up asking Strong what he was doing in the neighborhood, the lawsuit alleges.

Strong captured the incident on his cell phone. The video begins with Tonn stating that the vehicle has expired tags. Strong, sitting in the driver’s seat, has his back partially turned to Tonn when the officer reaches inside the car for the cell phone. As the man objects, Tonn then reaches for Strong’s left arm as he attempts to arrest Strong.

“For real, man” Strong incredulously asks as Tonn pulls on Strong’s body and hair. As he is pulled from his car and tackled to the ground, Strong can be heard laboring for breath as Tonn has his arm wrapped around Strong’s neck.

The video continues to record as the phone is knocked from Strong’s hand. Despite the lens being obscured, Strong can still be heard with pained breathing as Tonn repeatedly asks the man to put his hand behind his back.

Deposed by Strong’s lawyer, Stanley Goff, in August 2019, Tonn admitted that he feared for his safety when Strong refused to stop recording.

“A high percentage of the time, in my experience and in all the training that I’ve done, it means there’s a high likelihood that there’s some other crime that I don’t know of, probably bigger than the one I’m currently investigating,” Tonn said in the deposition.

Tonn goes on to say that “partial compliance is non compliance.”

“And we deal so many people with guns, and you know, I was already in that neighborhood because so many stolen cars, and we’ve had people with guns in that neighborhood, specifically in that block radius,” Tonn added. “So when people start not complying, not listening, and then pulling away I am fearful, yeah. Are they going to hide a weapon or are they going to access a weapon, are they gonna grab the car and put it in drive.”

Tonn admitted that Strong never verbally or physically threatened him before the officer pulled Strong from the car.

“When I say I did not apply, so I could have applied the carotid if necessary, but I did not conduct a carotid, meaning I did not at any point tighten up on that and I didn’t apply any pressure to his carotid arteries with my bicep or my forearm,” Tonn said in the same August 2019 deposition.

Williams’ decision came two weeks after Gov. Gavin Newsom told the California Commission on Peace Officer Standards and Training (POST) to stop teaching the restraint as the hold blocks the flow of blood to the brain.

Williams’ decision also came after Tonn was involved in a fatal officer-involved shooting.

Tonn fatally shot 22-year-old Sean Monterrosa outside a Vallejo Walgreens during the early morning hours of June 2. Responding to reports of looting, Tonn and two other officers arrived to the store in an unmarked police vehicle.

Believing Monterrosa to be armed with a firearm, Tonn, seated in the backseat, fired his high-powered rifle five times, striking Monterrosa once in the neck. He later died from his wound.

Monterrosa was carrying a 15 inch hammer in his sweatshirt pocket.

Monterrosa’s family has filed a wrongful death lawsuit against the city of Vallejo and Tonn. That case is ongoing.

Tonn has been in three other shootings since 2015.

In May 2017, Tonn and former police Officer Sean Kenney, shot and wounded Kevin DeCarlo as they attempted to arrest the man on a felony warrant. The officers claimed that DeCarlo rammed Kenney’s car and they they believed he was reaching for a weapon.

Tonn shot and wounded Gerald Brown after he allegedly rammed a police vehicle in 2015.

Despite Strong settlement being signed by both sides in early September, it took the city two months to release the document under the California Public Records Act. Wendy House, an associate with the law firm Devaney Pate Morris and Cameron, hired to respond to record request submitted to the city, cited the COVID-19 pandemic as a reason for the delayed response.