The City Council directed city staff to reach out and get more information from the California Public Employees' Retirement System (CalPERS) about including the extra pay as part of the police officers’ pensions.
Share this news on: 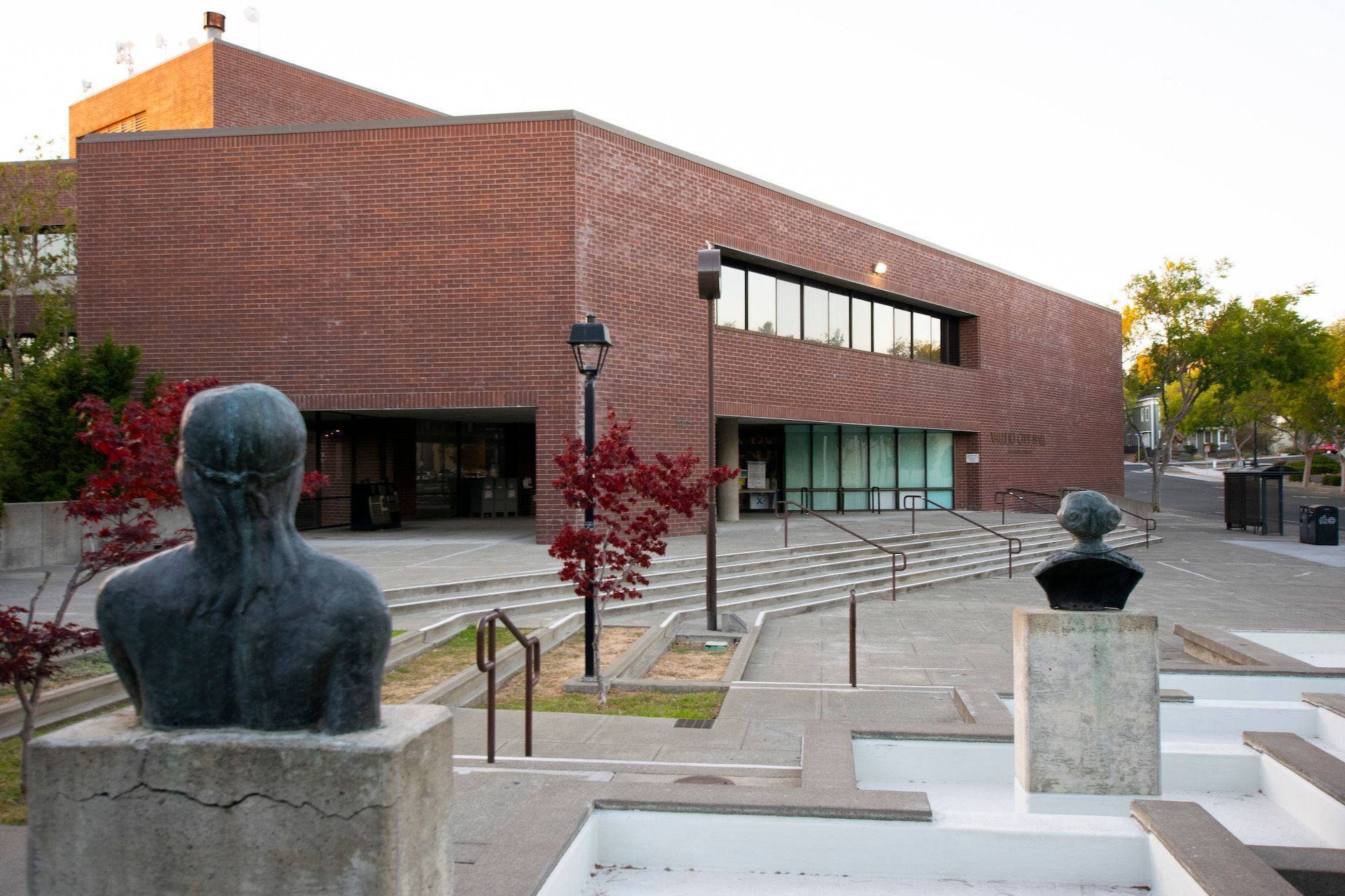 VALLEJO – The Vallejo City Council delayed approving a side agreement with the Vallejo Police Officers Association on Tuesday night after some councilmembers expressed apprehension with allowing incentive pay for officer longevity to be calculated as part of an employee’s pension.

The City Council directed city staff to reach out and get more information from the California Public Employees' Retirement System (CalPERS) about including the extra pay as part of the police officers’ pensions.

The city council ratified a supplemental agreement with the police union in September 2019 which established a master officer program as an incentive system to retain officers. City staff said on Tuesday that it took about four years to work out an agreement with CalPERS, a state agency which manages pension and health benefits for California’s public employees and retirees, about the master officer program.

“This is something already in effect, they are already receiving master pay,” said Rachel Ferguson, the city’s human resources director. “Unfortunately, CalPERS put the city through a lot of hoops in order to make this happen.”

Several councilmembers said they had concerns with the master officer program, which provides either a 5% or 10% pay increase based on officer longevity and participation with special qualifying specialties within the department.

Both Mayor Robert McConnell and Councilmember Cristina Arriola said they had trouble with giving officers extra pay for doing routine tasks, like being on bicycle patrol, or serving as range master.

“These are all things that all patrol people should be doing regardless, that is part of their job,” McConnell said. “That’s like saying to a guy in the infantry, ‘we will give you an extra 10% if you fire your gun, your weapon.’”

“They are command staff, and they should not be entitled to an additional benefit on top of the rather generous salary we already pay them,” the mayor added.

Arriola called it a “stretch” to give extra pay for bike patrol and traffic duties. “I’m not too crazy about giving good money, top dollar for their pensions for jobs they should be doing,” she added.

Arriola and fellow Councilmember Mina Loera-Diaz called for a delay to allow the city to complete its current negotiations with the union on a new contract.

“I would like to see the whole package together, unified, rather than in piecemeal,” Arriola said.

Loera-Diaz said she wasn’t ready to sign-off on the side letter “until we’ve get everything looked at.”

“It just doesn’t feel right to vote on a side letter when we’ve been negotiating for eight months now,” Loera-Diaz said.

Assistant City Manager Terrance Davis said the city staff was asking the council to approve a cleaned-up version of the side agreement as the master officer program was already approved and in place.

“I recognize that it looks like it’s something that we’re negotiating now and it’s not,” Davis said. “This was agreed upon in 2019 while we still had an active contract and because CalPERS required us to do a lot of back and forth, it took us this long administratively to get a clean version, and to get it agreed upon with the VPOA.”

The VPOA contract expired on March 31, 2022 and the city has been negotiating a new contract with the police union.

City Manager Mike Malone warned the council that the master officer program came from a settlement reached with the union after it filed a grievance.

“If we don’t move forward, the grievance will come back, and there is a likelihood that we’re going to get ordered [to comply] before we are able to complete negotiations [with the VPOA],” Malone said.

City staff said that 35 officers currently receive the master officer pay which costs the city about $62,000 in annual employer contributions to CalPERS.

Vice Mayor Rozzana Verder-Aliga said she would support the side agreement, before agreeing with the rest of the council to seek additional answers from CalPERS.

“I will support this, because we have to,” Verder-Aliga said. “And in the end, I think it is also a retention issue for many of our officers.”

To be eligible for the 5% pay increase, officers must have 10 years of service as a peace officer, at least three years with Vallejo police, and have three years of serving in two qualifying specialties, including investigations, SWAT, Drug Abuse Resistance Education (DARE) instructors, bomb squad, training officers, internal affairs investigators, school resource officers, canine officers, and bicycle patrol, among others.

A 10% pay increase requires 15 years of service as a peace officer, at least three years with Vallejo police, and serving three years in two qualifying specialties.

Newly-elected Councilmember Peter Bregenzer said he had an issue with the name of the master officer program.

“The term ‘master’ has a lot of racial connotation and given Vallejo’s past history with racial tensions that we have, I would just suggest that we consider renaming it to another title so that we don’t continue that legacy of racial tension between the police department and our citizens,” he said.

City staff did not say when the side agreement would come back before the council for approval.

In other city council news, members approved a final memorandum of understanding with the Confidential, Administrative, Managerial and Professional Association (CAMP). Bregenzer was the lone ‘no’ vote.

The city council approved a tentative agreement with the association in December 2021 with Tuesday’s vote finalizing the language between the city and union.

The council also finalized its member liaison assignments to various city commissions, and boards and regional committees for the new year.

Arriola became the council liaison for the city’s surveillance advisory board nearly nine months after she was removed from the assignment. Last April, the city council appointed Verder-Aliga to the position amid concerns with Arriola also serving as liaison to the Architectural Heritage and Landmarks Commission, which meets on the same night as the Surveillance Advisory Board.