A Vacaville officer and Solano County Sheriff’s sergeant also fired on Raymond Real during an earlier vehicle pursuit in a stolen car but missed.
Share this news on: 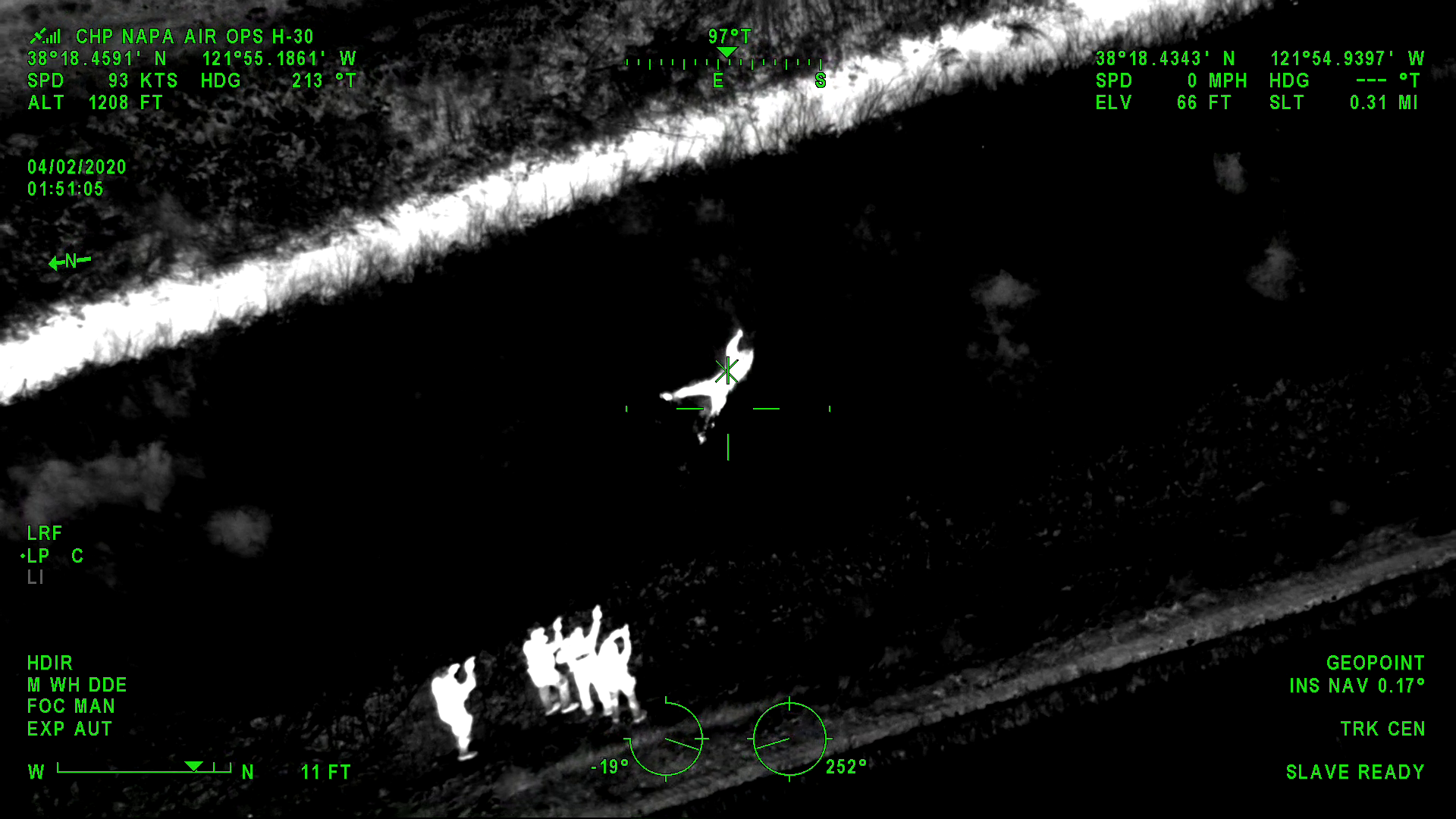 VACAVILLE – An internal Vacaville police review has found that an officer who shot and wounded an unarmed man who was running from police in 2020 acted within department policy, according to records obtained by the Vallejo Sun.

A Vacaville officer and Solano County Sheriff’s sergeant also fired on Raymond Real during an earlier vehicle pursuit in a stolen car but missed. Helicopter footage shows them continuing to fire after the vehicle passes them and drives away.

When Real abandoned the car and ran through an alfalfa field, he was shot by Vacaville Officer Vincent Santoni.

The Vacaville police administrative review, which was concluded on Jan. 25, found the actions of its officers to be within department policy.

Body camera video obtained through a public records request shows Santoni run after Real through the field. As Santoni ran, he yelled, “He keeps reaching into his waistband.” When Real fell, Santoni fired six times, wounding him twice. No weapon was found.

“We charged the defendant Real with a number of felonies and he has already pled guilty,” Sequeira said in an email last week. “That determination assumes no criminal liability on the part of the officers involved.”

However, the assault charge was later dismissed. Real pleaded guilty to evading police and driving a stolen vehicle in a plea deal with prosecutors. In part because he already had a lengthy criminal history, he was sentenced to four years in state prison.

The incident began just before 1:30 a.m. on April 2, 2020, when California Highway Patrol officers attempted to pull over a Honda Odyssey on Interstate Highway 80 heading toward Vacaville. The van had been reported stolen days earlier in San Francisco, according to the Vacaville police investigation.

The Odyssey sped away, and CHP officers pursued the driver at over 100 mph. When officers tried to deploy a spike strip at a Vacaville exit, the driver went the wrong way to avoid it, and CHP discontinued the pursuit.

Vacaville officers were alerted to the pursuit on police radio and responded to the exit. They later found the Odyssey driving in the area of California  and Peabody drives and attempted to pull the van over.

As the Odyssey again drove into the wrong lanes of traffic, Sgt. Katie Cardona ordered the officers not to follow. But officers re-initiated the chase as the Odyssey returned to the correct traffic lanes. A CHP helicopter and Solano County sheriff’s deputies joined the pursuit.

Vacaville Officer Erik Griffieth joined as well. Griffieth attempted to get ahead of the Odyssey and deploy spike strips to take out its tires. When he stopped at the intersection of Edwin Drive and Elmira Road, he found Solano County Sheriff’s Sgt. Ty Pierce.

Pierce had been conducting training in an under construction development. He ordered his team to spread out and watch for the pursuit in case it crossed outside the city limits into the sheriff's jurisdiction, according to the sheriff’s office report. Pierce heard the driver was in the neighborhood where he parked and sought to block traffic from entering the neighborhood.

As the van approached them, both Pierce and Griffieth opened fire from behind Pierce’s patrol car. They both later said that they thought the van would ram them and lethal force was necessary to stop it. Helicopter footage shows them both continue firing as the van turns away from them.

Pierce said he fired at the van’s engine and radiator because he thought if a bullet passed through the glass, it could hit officers behind. Pierce said he didn’t realize Griffieth was standing to his left and also firing until after the van passed them.

Griffieth told investigators that he believed all his shots went into the driver’s side window.

After the van passed Pierce and Griffieth, it continued fleeing at nearly 100 mph. CHP aerial footage shows the helicopter track the Honda’s position while five patrol cars follow. The Odyssey left the city and crashed into a rural ditch while rounding a curve on Meridian Road. Real got out of the car and ran into an alfalfa field.

Santoni was one of the first Vacaville officers to respond to the chase. He later told investigators in a recorded interview that as he watched the van veer into the wrong lanes of traffic and then move back once officers discontinued their pursuit, he thought that the driver was “luring” officers. He said the driver appeared to understand that the officers would not chase him in the wrong lanes.

Santoni pursued Real through the field, with grass at times up to his waist, with the only available light  coming from a flashlight attached to his gun. “He’s reaching for his waistband,” Santoni said as he ran. Real jumped over a barbed wire fence and fell. Santoni stopped about 30 feet away and fired six times.

Real suffered gunshot wounds to his right forearm, to his lower back and to his stomach. He was taken to a hospital and survived.

Real was arrested and charged with assaulting an officer, evading police, driving with willful disregard for public safety, and possession of a stolen vehicle. In an interview with investigators, he said that he was trying to hold his pants up as he ran.

Real had a lengthy criminal history by that point, which included convictions for previous pursuits causing injury, assault, false imprisonment and robbery. He reached a plea deal with prosecutors and was not convicted of assaulting an officer. He was sentenced to four years in prison last year.

The sheriff’s office and Vacaville police both have policies provided by Lexipol, a company that contracts with local police agencies to provide draft policies. Both agencies’ policies for shooting at moving vehicles are identical. They advise that shooting at vehicles is risky, rarely effective, advises officers not to fire at vehicles and instead to move out of the way, and that officers should not attempt to disable vehicles with gunfire.

The sheriff’s office said that its review of the shooting found Pierce’s actions to be within department policy.

In addition, Vacaville’s policy requires police officers to turn on their body-worn cameras prior to engaging a suspect, but the report makes no mention of footage captured by Griffieth of the incident and none was provided in response to a public records request. Vacaville police declined to say whether Griffieth activated his camera but said that all available records were provided to the Sun.

On Jan. 1, 2020, four months before the incident with Real, AB 392 took effect in California. The new law changed the standard for use of deadly force for all officers in the state. Most police departments, including Vacaville, changed their policies as a result.

The new law requires officers to only use deadly force when necessary and says that it should be evaluated based on whether it is objectively reasonable under the totality of the circumstances rather than based on an officer’s reasonable fear for their safety.

Vacaville police declined to respond to questions about how Santoni’s decision to shoot based on his mistaken belief that Real was armed was a necessary use of deadly force.