The two women died in their rooms last spring and weren't found for days.
Share this news on: 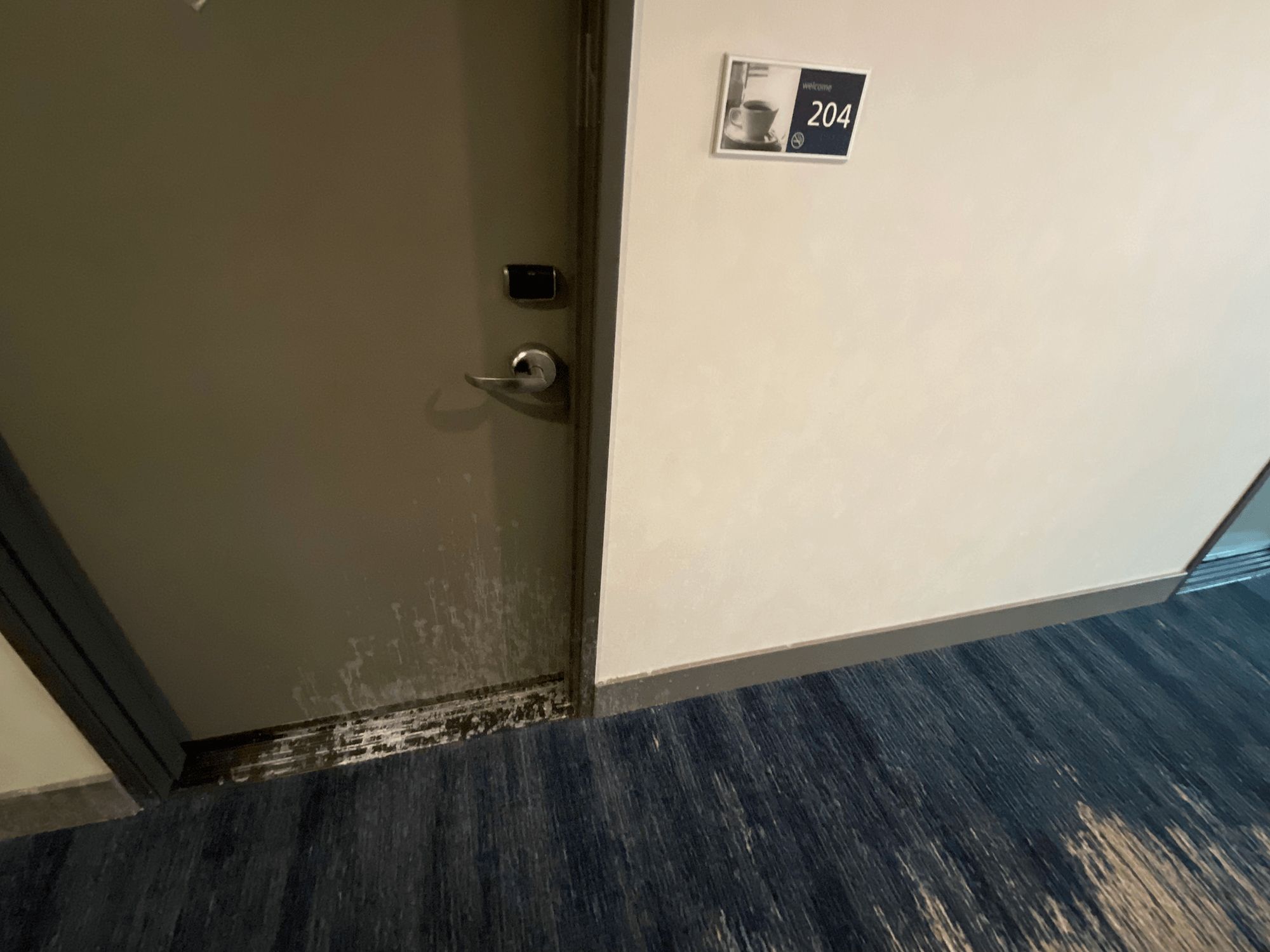 An inspection photo from the Hampton Inn during Project RoomKey. Photo via public records request.

VALLEJO – Two women staying at the Hampton Inn as part of  the statewide Project RoomKey program, which housed vulnerable homeless people during the pandemic, died in their rooms last spring and weren’t found for days, the Vallejo Sun has learned through a public records request.

Morgan was reported missing by her mother, who was living across the hall from her daughter at the Hampton Inn, according to the coroner’s report. Morgan’s mother had last seen her daughter on May 9, when they spent all day together. While she knew her daughter liked to keep to herself, she became concerned that she had not seen Morgan for so long and asked hotel staff to check on her. Morgan was found unresponsive on the floor.

City officials did not respond to questions about whether there were any procedures in place to check on Project RoomKey guests, many of whom were medically vulnerable and suffered from mental health issues.

City spokesperson Christina Lee said in an email, "Sadly, two individuals did pass away around the dates you mentioned and we are not at liberty to discuss the health details of those participants."

Project RoomKey’s code of conduct required people to largely remain isolated, spend minimal time out of their rooms, and be back in their rooms by 10 p.m. It also prohibited them from having guests, even from other program participants.

Project RoomKey was a statewide effort to provide spaces in hotels for people infected with COVID-19, exposed to COVID-19 or who had conditions that put them at higher risk if they contracted COVID-19 and didn’t have housing.

In Vallejo, the city rented 102 rooms at the Hampton Inn at 1596 Fairgrounds Dr. beginning in March 2020. Between renting the hotel and providing on-site meals, medical services, including behavioral health, and private security, the program cost up to $650,000 per month.

The Vallejo site’s funding has been precarious for months and has received extensions of one-time funds from both the state and federal government. Because of that, the city has not even filled the approximately 20-30 empty rooms it’s paid for.

City of Vallejo officials said in November that the city was working on transitioning the 65 remaining residents to permanent housing at the program’s conclusion in January. At the same time, a coalition of nonprofits began fundraising for a tent city called “Hope Village” where the displaced residents of Project RoomKey would go.

The city council rejected the tent city proposal in December. Instead, the council directed city staff to formulate a plan for a hotel voucher program to be discussed at its Jan. 11 meeting. However, with Project RoomKey slated to end on Jan. 5, it is relying on the nonprofits, including 4th Second, to provide interim accommodations for the roughly 50 people remaining in the program.

Richard Fisher of 4th Second – a new nonprofit which says it seeks to address systemic injustice through health, food and housing programs – confirmed in an email on Tuesday that all Project RoomKey residents would exit the program on Wednesday and said that the nonprofit coalition was working on moving them to other housing.

“As a coalition we will continue to provide health care and case management services to support the wellness and transition to permanent and stable housing for our fellow Vallejoans,” Fisher said, adding that he hopes the council provides funding to support their efforts next week and works on long-term solutions in the coming weeks and months.

Meanwhile, Vallejo is responsible for paying nearly $1 million in damages to the Hampton Inn.

Solano County Health and Social Services assistant director Deborah Vaughn said at a Sept. 28 county Board of Supervisors meeting that the city estimated it had incurred $900,000 in damages to the hotel.

As of September, the hotel had itemized $785,000 for hotel restoration, according to records obtained by the Vallejo Sun.

Vaughn had recommended that the board allocate up to $500,000 in state Department of Social Services funds for the repairs. Some supervisors were reluctant to divert the funds, which otherwise were intended to go toward permanently rehousing those residents.

“We’re being asked to allocate potentially a half a million dollars with nothing in front of us that says, ‘Here’s how it happened,’” Supervisor John Vasquez said. “It is a for-profit hotel. It does assume that it’s going to have some damages over time. It probably carries insurance for that."

During the September meeting, then-interim city manager Anne Cardwell told the supervisors that the state funds may not be needed to pay for the repairs as it seemed the city could use U.S. Housing and Urban Development grant funds for that purpose.

"It is still estimated that there are approximately $1 million dollars in damages to the hotel," Lee, the city spokesperson, said in an email. "We will be using other eligible grant funds to pay for the damages and restore the hotel back to its pre-program state."

This story has been updated with comments from the city of Vallejo.