Solano County Transit (SolTrans) officials are apologizing to the local community following a disastrous Monday in which 40 bus trips were missed, stranding commuters and causing confusion with riders.
Share this news on: 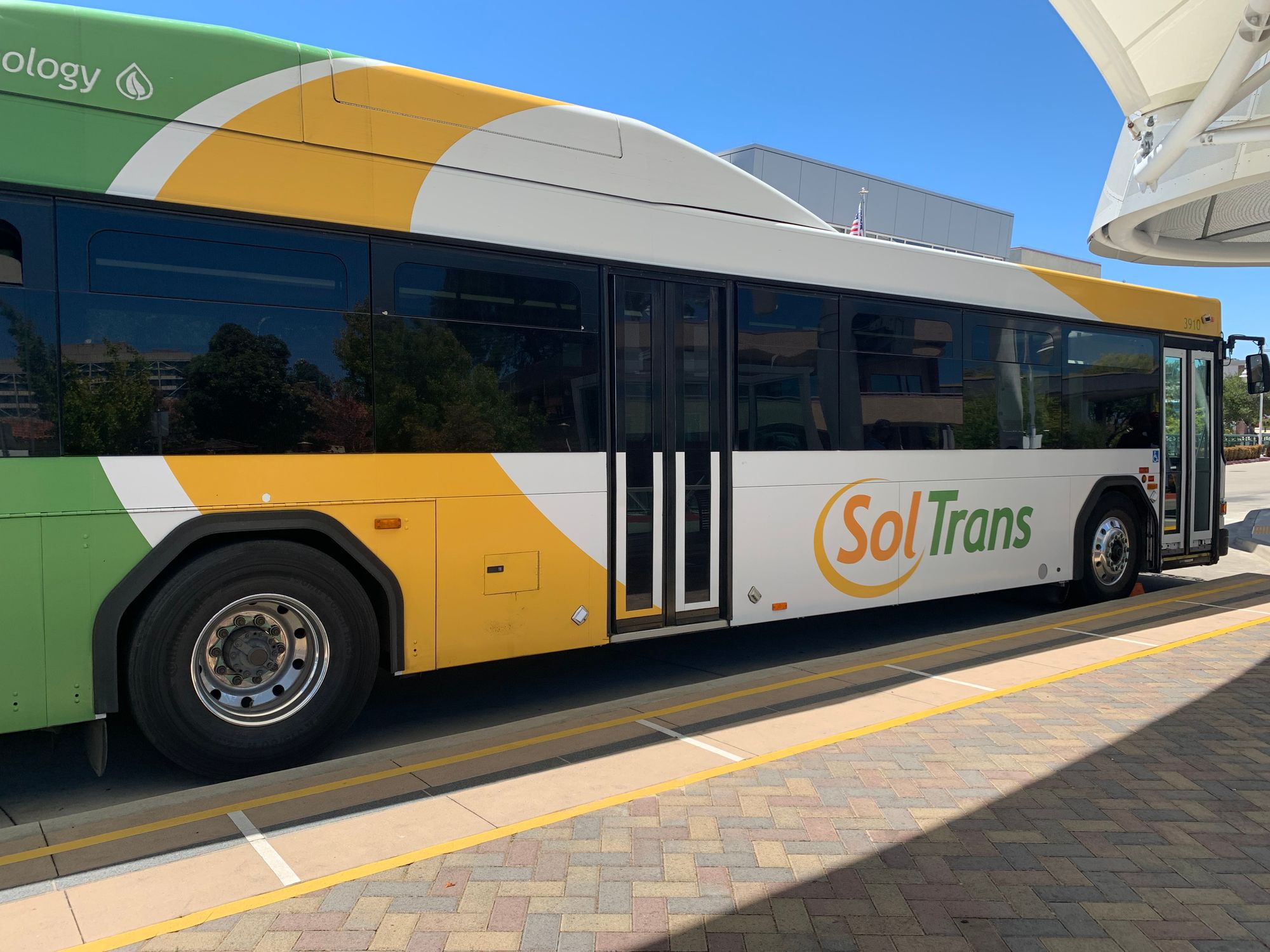 VALLEJO – Solano County Transit (SolTrans) officials are apologizing to the local community following a disastrous Monday in which 40 bus trips were missed, stranding commuters and causing confusion with riders.

Ten of the agencies’ 46 active operators along with a dispatcher and road supervisor called out sick on Monday, said Mandi Renshaw, senior analyst for scheduling and marketing with SolTrans. She also said another 16 drivers are on long-term medical leave.

Renshaw said it “was one of the worst operational days SolTrans has ever experienced.”

“We missed 9% of our service that day and let down our riders,” she told the Vallejo Sun. “We have been working regularly to recruit new operators and have several in classroom and behind the wheel training, currently. Unfortunately for us, five new drivers were not certified to drive until Tuesday.”

Many riders were left stranded next to parked buses which did not move for several hours at the Vallejo Transit Center in downtown Vallejo. The center doesn’t have screens to alert riders about missed trips. Those wishing for updates are required to check the agency’s Twitter page or website, which shows the movement of buses along each route.

But the tracking of buses was also experiencing an error on Monday caused by Google Transit, Renshaw said.

“On our SolTrans.org website, service alerts worked properly all day, but no real-time bus information was visible due to an import error on the web developer's end, that we could not have foreseen until actual buses were in service,” she said.

Complicating the difficulties even further, SolTrans took over sole operation ofthe Blue Line route which runs from Walnut Creek to Sacramento for the first time Monday, picking up portions of the route from the Fairfield and Suisun Transit (FAST) agency. Renshaw said one of the most experienced dispatchers at the agency was sick on Monday contributing to the poor service.

She said the Blue Line requires a second dispatch and staging center in Vacaville, “which is also a substantial change for us as previously all our operations could be run out of our yard in Vallejo.”

Renshaw said that “there were some major gaps in communication and some buses and radios were not assigned to operators properly.”

“Some operators got lost on their new routes, which resulted in missed service. We did not have all of our veteran dispatch team in the office coordinating the new service and properly dispatching and scheduling operators into service,” she added. “We also had a shortage of customer service reps who struggled to keep up with the increased customer service calls.”

Renshaw said that the driver shortage is a national issue affecting transit agencies across the country.

“SolTrans has been combating the shortage for several months and has put out multiple messages to our riders about the staffing shortage and requesting interested parties to apply to be a bus operator,” she said. “In the last few weeks, the increase in COVID cases and the new variant has impacted our operators and our ability to provide scheduled service.”

Renshaw said the transit agency is conducting a forensic analysis on what happened Monday “to make sure we fully understand how each problem developed, how the problems compounded one another, and that we have addressed all of them appropriately.”

“It’s going to take at least a day or two to relay lessons learned, and new policies and procedures to all staff,” she added.