Monterrosa, 22, grew up in San Francisco and was a former City College student before he was shot and killed by Vallejo police Det. Jarrett Tonn.
Share this news on: 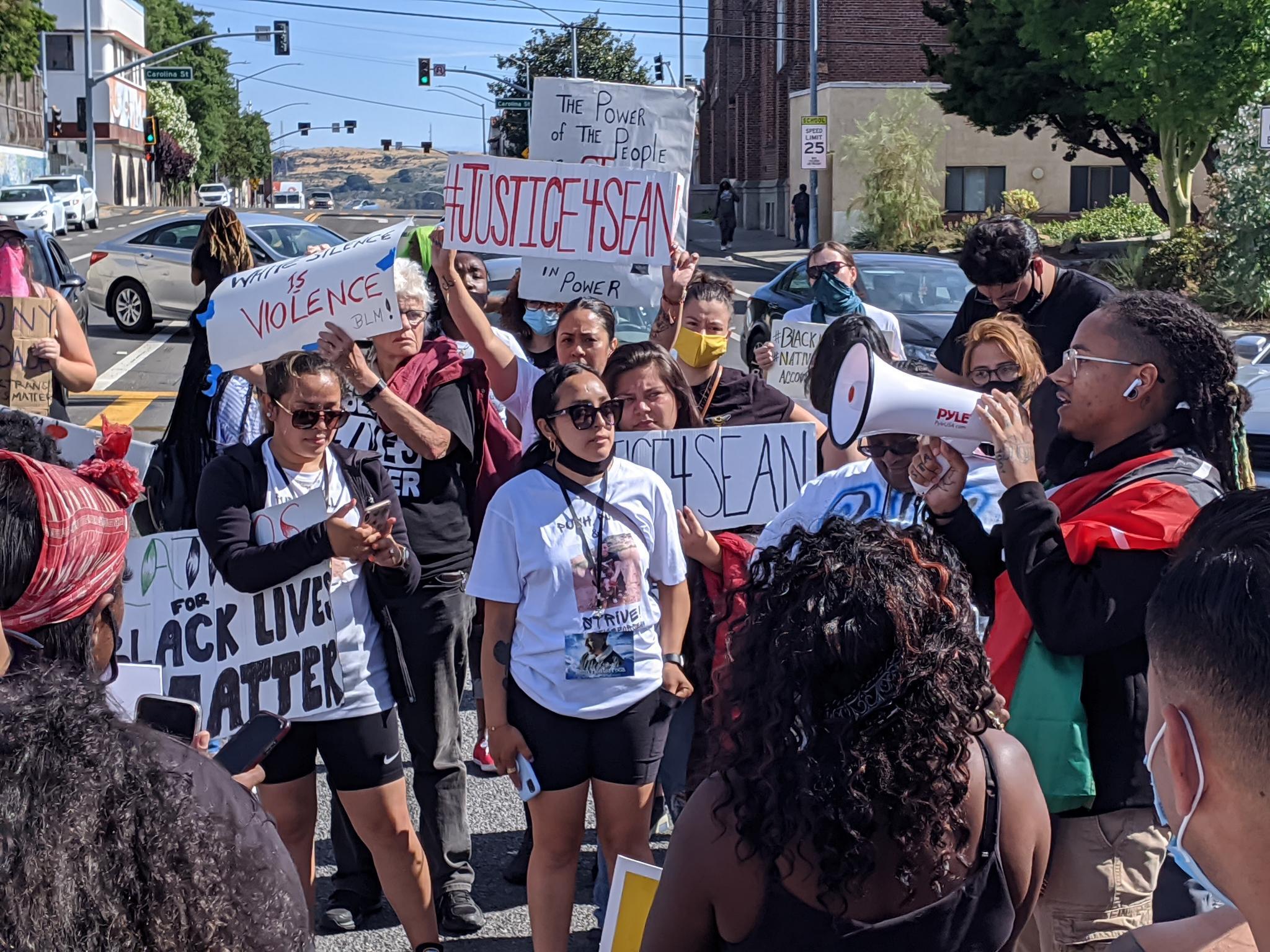 Ashley and Michelle Monterrosa at a protest in Vallejo for their brother Sean Monterrosa on June 20, 2020. Photo: Brian Krans.

SAN FRANCISCO – City College of San Francisco’s Board of Trustees voted last week to establish a scholarship fund in the name of Sean Monterrosa and called for the Vallejo police officer who killed him to be held accountable.

At its meeting held remotely on Thursday, the board voted unanimously to approve a resolution calling for the college chancellor and its foundation to establish the scholarship fund and to work with students so it helps provide opportunities for underrepresented students with financial barriers.

Monterrosa, 22, grew up in San Francisco and was a former City College student before he was shot and killed by Vallejo police Det. Jarrett Tonn early on June 2, 2020, amid nationwide protests over the police killing of George Floyd.

Tonn and two other officers were responding to a burglary at a Vallejo Walgreens when Tonn fired five times through the windshield of an unmarked police pickup truck, killing Monterrosa. Vallejo police have still not officially identified Tonn as the shooter, but confirmed last week that the officer who killed Monterrosa faces termination for the shooting.

In a brief video message to the board played before their vote, Monterrosa’s sisters, Ashley and Michelle Monterrosa, recalled their brother’s time at City College. They said he initially wanted to be a firefighter and later enrolled in a class, “Latinas in the U.S.,” with Michelle.

Trustee Aliya Christi, who sponsored the resolution, told the board during  the meeting that the idea for honoring Monterrosa with a scholarship came from the college’s student senate.

The college’s student trustee, Malinalli Villalobos, said that he too attended classes with Monterrosa and remembered him as quiet but knowledgeable.

“Finding out that this tragedy happened and the way it happened was devastating to our CCSF community and our community in San Francisco,” Villalobos said. “I’ve been in many different spaces with community activists, community folks showing solidarity for Sean Monterrosa's family, and every space and every message has been justice. Justice needs to be at the forefront.”

The resolution states that Monterrosa worked to address systemic racism and had been involved with local nonprofits to help mentor young people. He had advocated for accountability in police shootings in San Francisco, including for Alex Nieto, a fellow City College student who San Francisco police killed in 2014.

The resolution also points out that 47 minutes before he was killed, Monterrosa sent his sisters a text message asking them to sign a petition seeking justice for George Floyd, who was murdered by Minneapolis police officers a week before Monterrosa was killed.

Earlier this year, California Attorney General Rob Bonta announced that his office would review Monterrosa’s death to determine if any criminal charges are warranted. That office says its investigation is ongoing.