The Vallejo Police Officers’ Association accused city officials of acting in bad faith when they hired Brittany K. Jackson as the department’s new public information officer.
Share this news on: 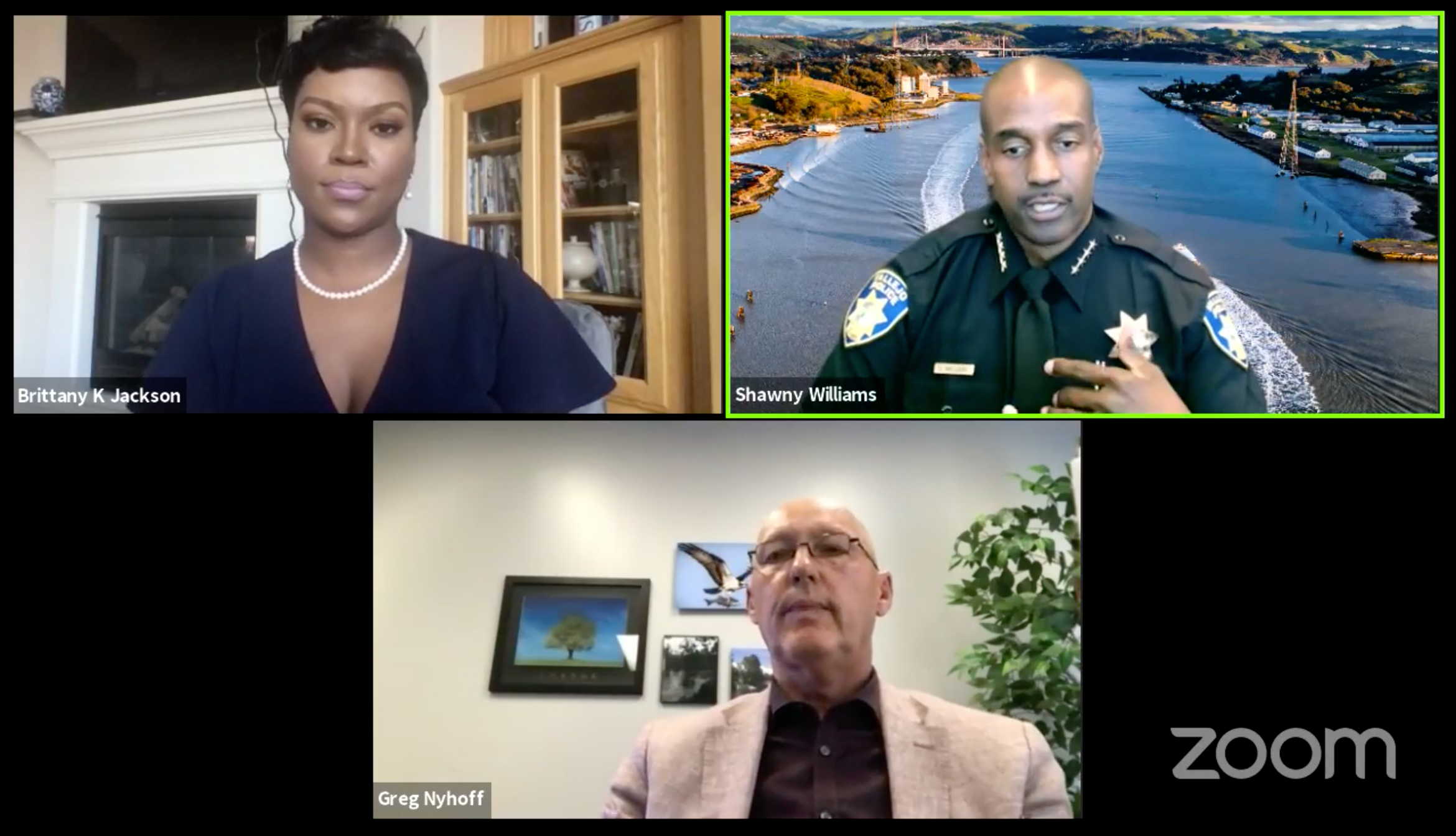 Vallejo’s police union filed an unfair labor complaint in June alleging the city unlawfully hired a civilian to act as the department spokesperson, according to a copy of the complaint.

The Vallejo Police Officers’ Association filed the unfair labor charges with the California Public Employment Relations Board, accusing city officials of acting in bad faith when they hired Brittany K. Jackson as the department’s new public information officer in May.

The spokesperson role has historically been held by a sworn member of the department. But officers have exacerbated existing controversies over the years, most notably in 2015, when Lieutenant Kenny Park falsely suggested the victim of a kidnapping and sexual assault had staged the crime along with her fiancé. The FBI later arrested Matthew Muller, a disbarred attorney and former Marine, who was convicted of kidnapping and sentenced to 40 years in federal prison. The victims sued the department in 2016, resulting in a $2.5 million settlement with the city.

Recruitment for the police spokesperson position came amid mounting scrutiny of the department following the violent arrest of Adrian Burrell as he filmed a traffic stop from the front porch of his home in January 2019, and the fatal police shooting of Willie McCoy the following month.

“Since announcing Ms. Jackson’s employment with the city, she has publically assumed the title of PIO and relieved Captain Jason Potts of his duties and responsibilities as the Vallejo Police Department’s PIO,” the June 24 complaint states.

The union, which represents over 100 sworn members, alleged the department unilaterally restricted an administrative sergeant’s duties. According to the complaint, several temporary employees have seen their responsibilities expand to include tasks typically performed by the sergeant, including the development of new policy and participating in employee interview panels.

The complaint seeks an order from the labor board directing the city to recognize Potts, or another officer, as the department’s spokesperson. It also requests the board direct the city to retract its press release announcing Jackson as the department’s public information officer, and to find that the city failed to meet and confer with the union in good faith. Finally, the union has requested an order directing Vallejo to “post notice of their unlawful conduct to ensure that all employees affected by the board’s decision and order are notified of their rights.”

The complaint is pending with the state oversight agency, which is tasked with administering California’s collective bargaining laws.

Its decision could resonate far beyond Vallejo, one expert said.

“This litigation raises a hugely significant issue that is going to affect police reform in cities across California,” Catherine Fisk, a Berkeley law professor, said. “Can cities decide that some functions that previously were done by armed or sworn officers should instead be handled by civilians, or eliminated entirely?”

“Or must the department first negotiate with the officers’ union, with all the delay involved in negotiation and in resolution of the negotiating dispute by mediation, arbitration, or fact finding?”

Neither Jackson nor the city of Vallejo returned requests for comment. Nor did police union president Lieutenant Michael Nichelini, who is currently on administrative leave amid allegations that officers destroyed evidence following the June 2 killing of Sean Monterrosa by Vallejo police.