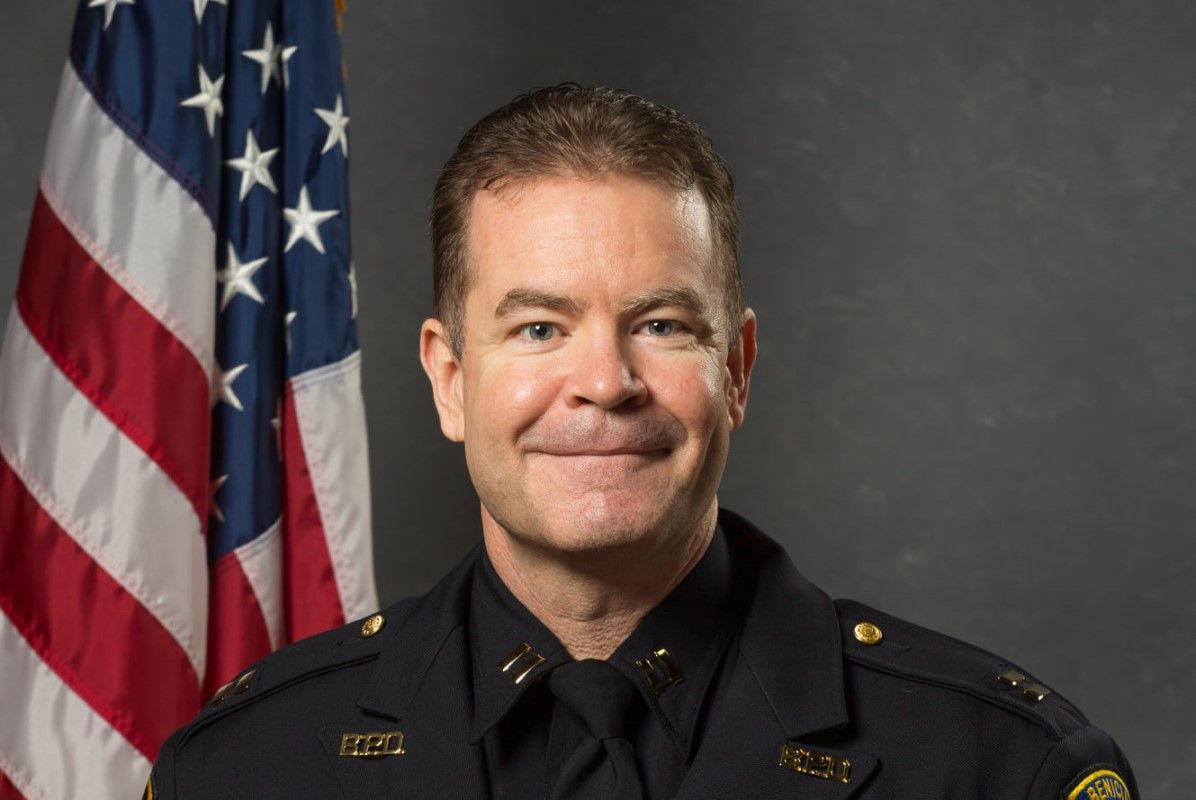 BENICIA – A 30-year veteran of the Benicia Police Department has been tapped to serve as its permanent police chief, Benicia City Manager Erik Upson announced Monday.

Police Capt. Mike Greene was made the permanent chief of police – nearly five months after he was picked to serve as interim police chief following Upson’s promotion to interim city manager. Upson was hired as the city’s police chief in 2015.

“I am humbled and honored to lead this department and continue to serve my community and peers in this capacity,” Greene said in a statement released by the city. “Benicia is and will always remain a special place to me, and I am excited for this opportunity to make it an even better and safer city by continuing our strong relationship with the community. I’m excited to continue working with Erik Upson and very proud of the department we have.”

Upson was appointed interim city manager following Lorie Tinfow departure from the city in early September 2020. The five-person council agreed to give Tinfow more than $300,000 in severance pay.

In January, the Benicia City Council removed the interim tag, naming Upson as the permanent city manager. He will earn a monthly salary of $19,952, good for a base salary of $239,424 per year, according to his employment contract. The term of the contract is set for an indeterminate amount of time.

Greene, promoted to captain 2017, oversaw the day-to-day operations of the department. He holds a bachelor’s degree in criminal justice administration, and completed the Senior Management Institute of Policing program at Boston University, according to the same city news release. Greene also graduated from the FBI National Academy.

“I am confident that Mike will continue to lead the police department with integrity, accountability, and compassion,” Upson said in a prepared statement released by his office. “He will ensure the culture and vision of the department continues to move forward.”