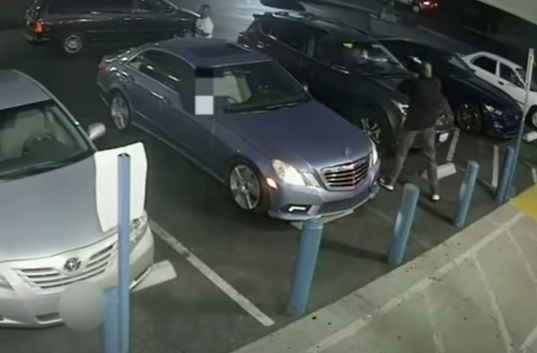 Almost a year after Eric Reason was shot and killed following a dispute over a parking space outside a Vallejo restaurant, Reason’s family has filed a wrongful death lawsuit against the cities of Vallejo and Richmond, court records show.

Reason, 38, was shot in the back of the head by off-duty Richmond police Sgt. Virgil Thomas after the pair began arguing over a parking space outside JJ’s Fish and Chicken, near Fairgrounds and Sereno drives, on the night of Nov. 10, 2019.

The lawsuit, filed in federal court on Monday, also names Vallejo police Chief Shawny Williams, Richmond police Chief Bisa French, and yet-to-be-named officers of both departments as defendants. Thomas’ estate is also listed as a defendant in the lawsuit.

Thomas, a 24-year veteran with the Richmond Police Department, died in August from COVID-related complications. He was 52.

The lawsuit alleges Vallejo police failed to sequester or remove Thomas from the scene following the shooting.

Days after the shooting, a photograph circulated online showing Thomas standing over Reason’s body. Thomas had what appeared to be a cell phone in his hand.

The lawsuit also alleges that multiple Vallejo officers entered the crime scene to look at Reason’s body following the shooting.

Typically, the city of Vallejo doesn’t comment on pending litigation. Asked for comment, Vallejo spokeswoman Christina Lee said Tuesday that the Vallejo City Attorney’s Office “has not yet been able to evaluate the claim.”

“However, the City is saddened by the death of Eric Reason and sends condolences to his family. Mr. Reason’s family is fully within their rights to file a lawsuit to seek redress and compensation,” Lee said in the same statement. “Our country’s founders created a system of federal courts to ensure fairness and justice for all parties. The City supports that system and will proceed with integrity and compassion to address the claims raised by Mr. Reason’s family in a fair and objective manner.”

Security camera footage from the area was released in January 2020. It showed Thomas, in a light-colored Mercedes, and Reason, in a dark colored van, both try to pull in for the same parking spot.

Thomas eventually drives into the parking stall as the footage, which has no audio, shows Reason pull up behind Thomas’ vehicle.

Reason then walks over to Thomas and confronts him as the two men appear to have a heated discussion for several seconds. Reason then walks back to his van, as Thomas moves into the direction of a gas station convenience store located next to the restaurant.

Reason appears to retrieve a pistol from the front of his car, then with gun in hand, he walks back to Thomas. The two men talk again and then Reason begins to walk back to his van. That’s when Thomas pulls a weapon from the belt of his pants and begins shooting.

As Thomas starts shooting, Reason begins to run away. Video footage shows Thomas then run toward the middle of the parking lot, aim in Reason’s direction, and fire numerous rounds at the man.

While Reason is crossing Sereno Drive, about 50 feet away with his back to Thomas, he is shot. The video shows Reason fall to the ground, where he is later pronounced dead.

The lawsuit alleges that Reason was screaming “Don’t let him kill me,” as he fled from Thomas. It also states that Reason “never raised or pointed a weapon at Sergeant Thomas or anyone else prior to being shot in the back of the head.”

Further, the lawsuit alleges that at the time of the shooting, Thomas was on administrative leave regarding “an unrelated allegation of misconduct.”

“Plaintiffs are informed and believe and thereon allege that Defendant Thomas was permitted to return to his duties as a patrol Sergeant after the subject incident,” the lawsuit alleges. “Their failure to terminate, discipline, or retrain Defendant Thomas demonstrates the existence of an entrenched culture, policy or practice of promoting, tolerating and/or ratifying with deliberate indifference the use of excessive and/or deadly force and the fabrication of official reports to cover up officer misconduct.”

The Reason lawsuit is the 24th active federal lawsuit against the city of Vallejo and its police department.