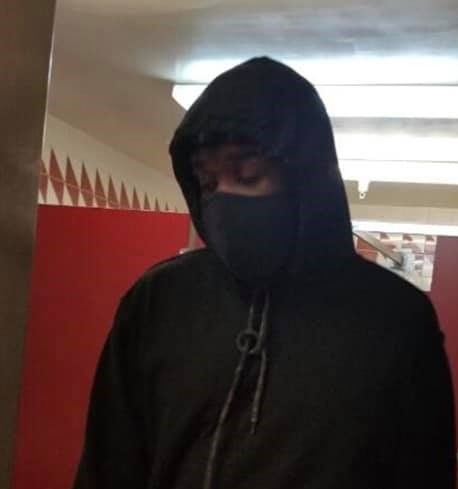 A photo of a man who tried to photograph a woman in a public restroom provided by Vallejo police.

VALLEJO – Authorities are asking for the public’s help to identify a man accused of trying to record women using the bathroom at the Cardenas grocery market, Vallejo police said Wednesday night.

The man is accused of entering a restroom stall, next to a stall occupied by a woman, and sliding his cell phone under the partition that separates the stalls, attempting to take photos and/or videos of the woman, police said in a news release.

Described as a Black man, approximately 5’10” tall with a slender build, the man was confronted twice by victims on Oct. 26 and Tuesday, respectively.

During Tuesday’s incident, the victim took a photo of the man before he fled the business.

The store is located at 2107 Solano Ave.

Persons who thing they may have been a victim or know the man’s identity, are asked to contact Detective Corporal Jason Martinez at (707) 917-4123.

“We are also encouraging community members and business owners aware of any kind of loitering, misconduct or illegal activity pertaining to the use of gender specific restrooms to contact the VPD for assistance,” officials said in the same release.