Vallejo Education Association endorses Gardner and Young for school board 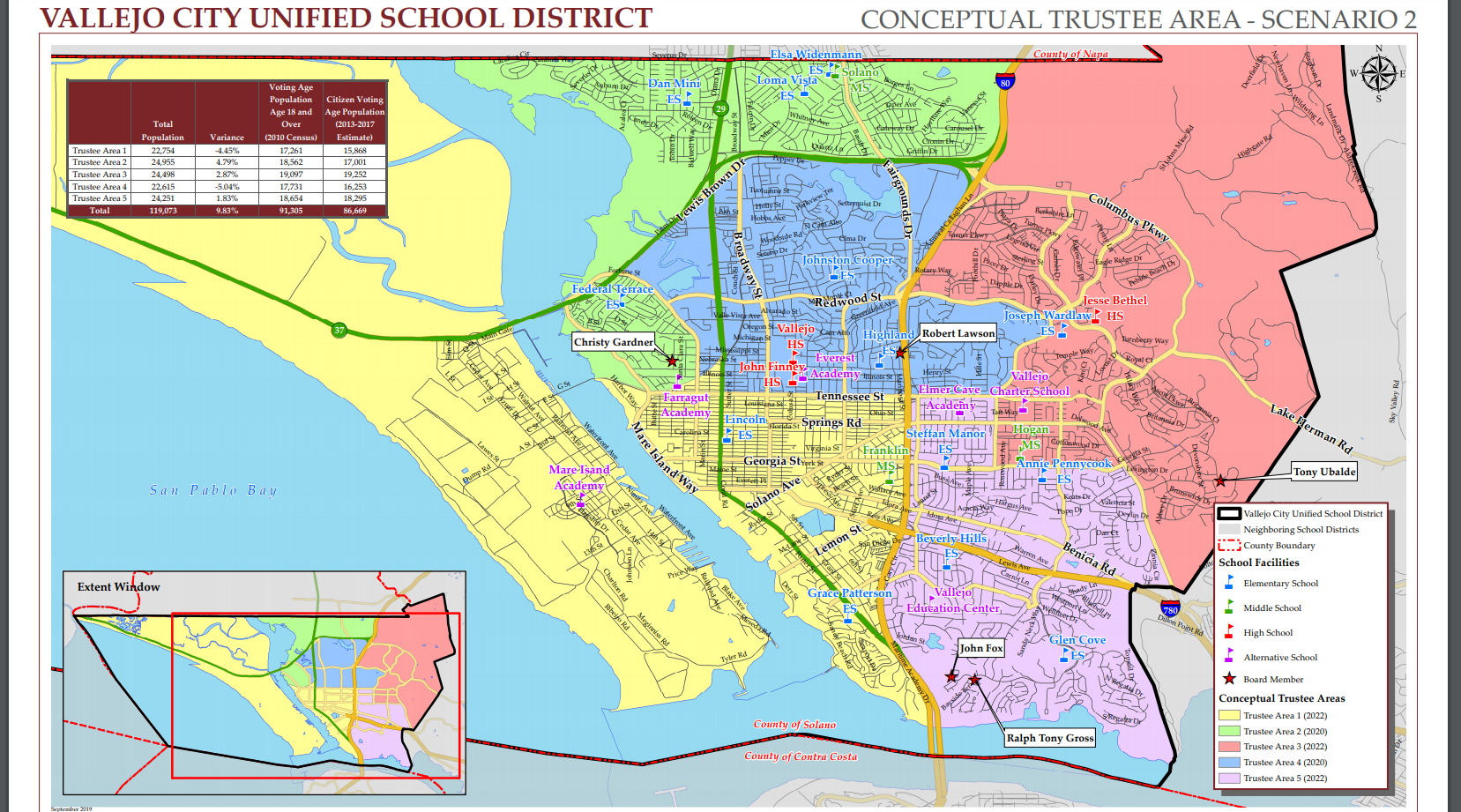 “This was not an easy decision,” said Steven Quinlan, political action chair of the VEA, in a statement released by the union. “Our members talked with everyone who sought the endorsement of labor and at the end of our process, we felt that Trustee Gardner and Dr. Young would be the best candidates for us to support during this election cycle.”

Two of the five school board seats are up for grabs this fall as the Vallejo City Unified School District transitions to trustee-areas. Trustees were originally voted in by the entire city electorate, however the school board decided to establish five separate trustee-areas.

Young is attempting to unseat retired teacher Bob Lawson for the Area 4 seat. The area includes everything north of Tennessee Street up to Highway-37 between Interstate 80 and Sacramento Street.

Lawson was first elected to the school board in 2016.

Meanwhile, Gardner is challenged by Belinda Robinson and Reina Robinson. Gardner was appointed to the school board in 2019 after Marianne Kearney-Brown abruptly resigned from the board following the 2018 election.

Like Lawson, Kearney-Brown was elected to the board in 2016.

Gardner represents Trustee-Area 2, which includes everything west of Sacramento Street and north of Highway 37.

The election is Nov. 3