The fire was intentionally set and Vallejo police arrested a suspect later this morning.
Share this news on: 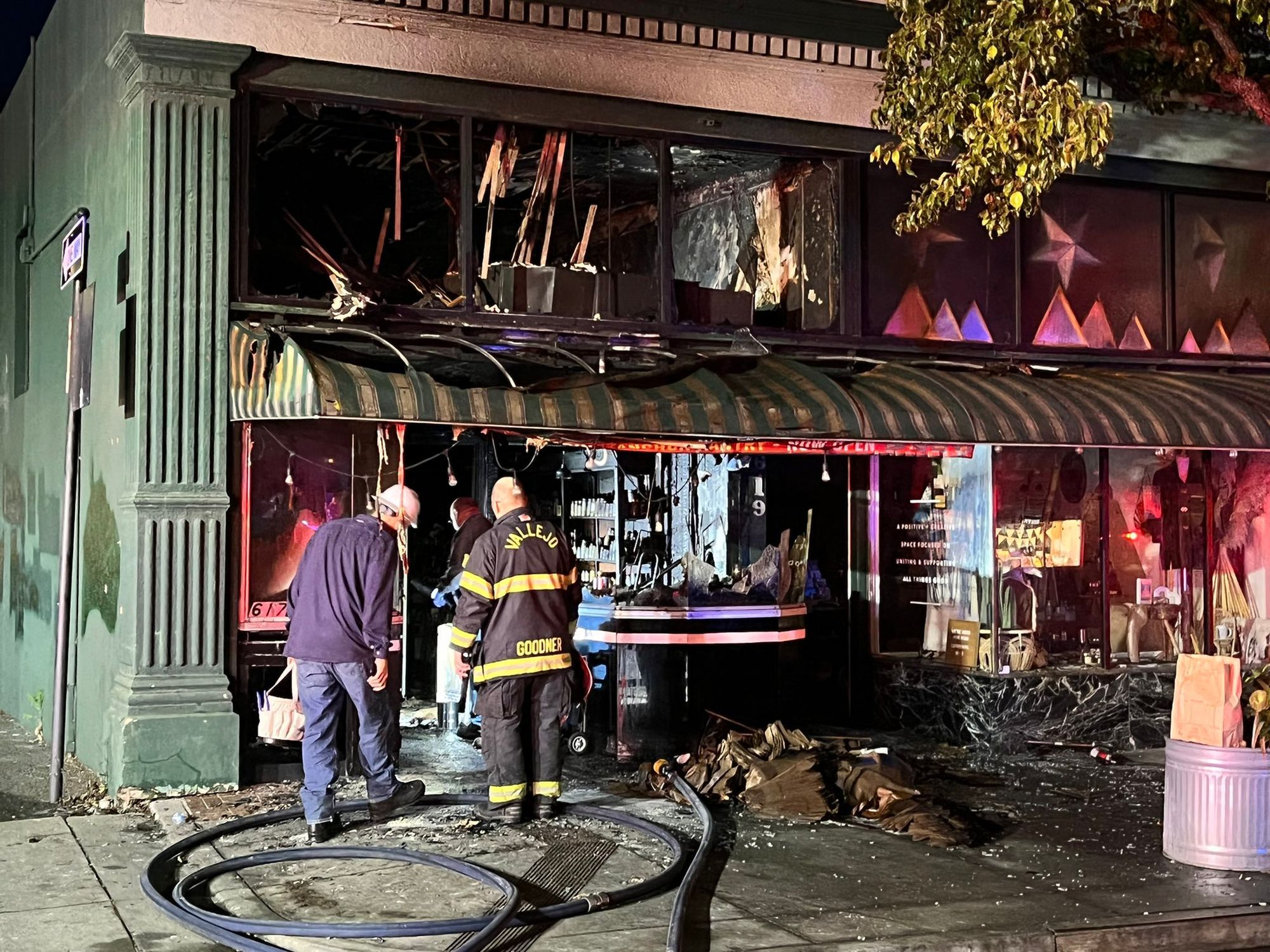 Firefighters put out a fire in the entry of Anchor Pantry in downtown Vallejo early Tuesday. Photo: Vallejo Fire Department.

According to the Vallejo Fire Department, firefighters arrived just before 3:30 a.m. at Anchor Pantry grocery at 617 Marin St. and found smoke and fire in the entryway. Anchor shares a building with The Joint shop at 619 Marin St.

The fire was contained to the front of the storefront, but the smoke and fire caused heavy damage and “will require extensive cleanup and remodel,” the fire department said. There were no injuries.

Fire department spokesperson Kevin Brown said in an email that damage to The Joint was limited to smoke damage, though firefighters had to enter and assess for fire extension, which involves "strategically opening certain areas in the walls/ceilings."

"Fortunately, damage to 'The Joint' was minimal, however a heavy cleaning will be required before they can return to normal business operations," Brown said.

According to the fire department, the fire was intentionally set and Vallejo police arrested a suspect later this morning.

Brown said police identified a suspect that based on security footage provided by Anchor Pantry. Vallejo police said that officers determined that 32-year-old Xavier Williams of Vallejo started the fire. He was arrested a short distance away and booked into jail on a warrant and suspicion of arson.

Brown said that a fire investigator found accelerants in the area where it appeared the fire was set in the security footage.

“An Arsonist tried to steal my dream last night, he was caught and arrested,” Anchor Pantry owner Jessica Brooks wrote on Instagram. “A little comfort but it won’t bring the store back.”

Anchor Pantry opened in the corner storefront just over a year ago and sells gourmet ingredients from local and socially conscious companies and unique ingredients from other countries, according to its website.

The Joint opened in early 2018 and sells vintage and local handmade decor, clothes and gifts, according to its website.

A GoFundMe to help Anchor Pantry reopen and a second GoFundMe for the Joint was started by neighboring Alibi Bookshop this morning.

“Though they have insurance, it will take a while to get them back on their feet and into a new space, and they will need help with their day-to-day expenses, as this is their livelihood,” GoFundMe organizer and Alibi owner Karen Finlay wrote. “The Go-Fund-Me will help to tide them over.”

Editor's note: This story has been updated to include information about fire damage to The Joint, arrest information provided by Vallejo police and further details provided by the Vallejo Fire Department.