Three years later, only 59 people have enrolled or completed a program there.
Share this news on: 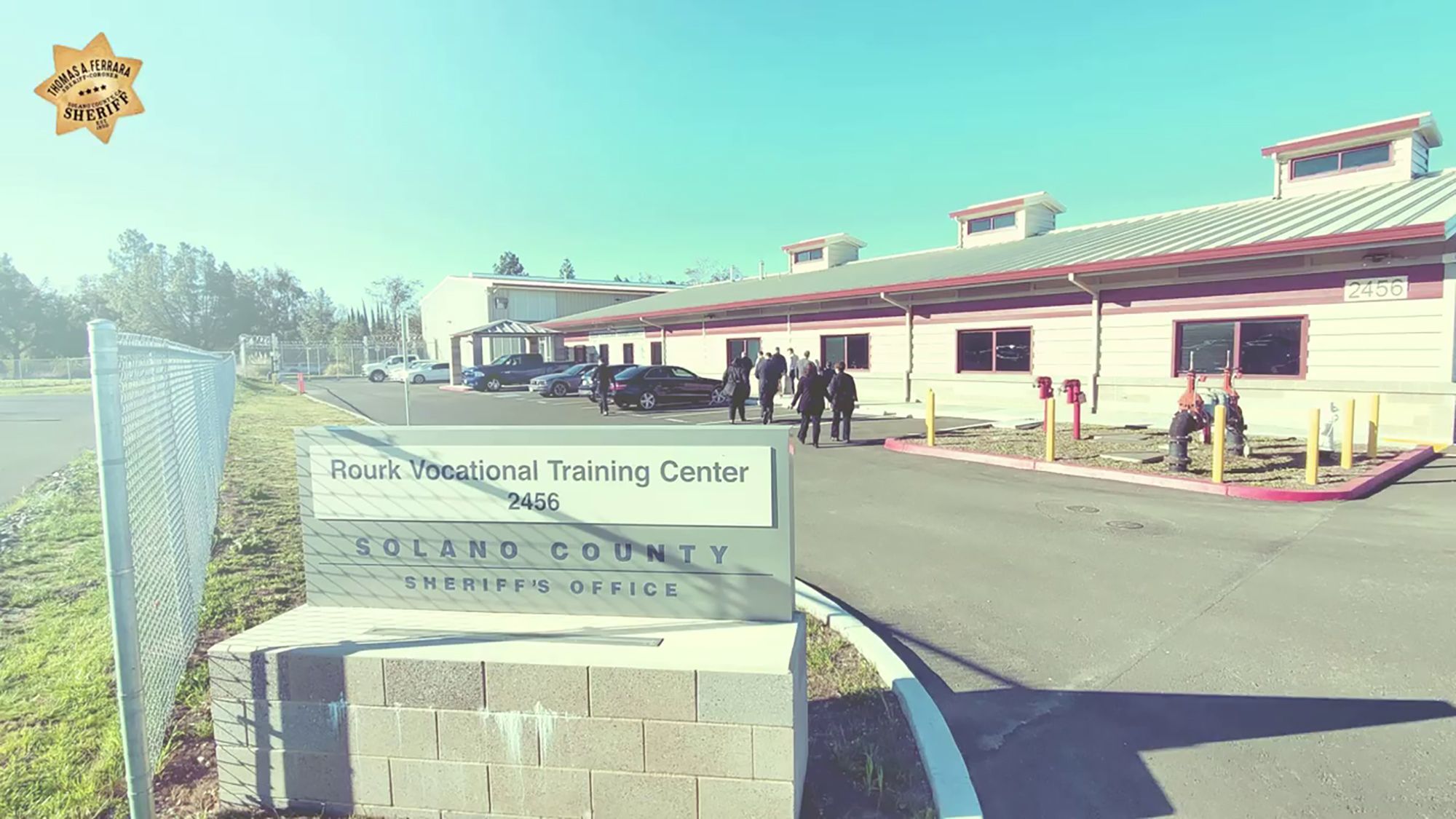 FAIRFIELD – A $25 million vocational training center intended to rehabilitate people held in Solano County jails remains seldom used in the three years it has been open, with only 59 people completing courses during that time, according to records obtained by the Vallejo Sun.

When the Rourk Vocational Training Center opened in January 2019, Sheriff Tom Ferrara promised it would “give individuals the skills necessary to become successful citizens.” The state-of-the-art facility had 9,940 square feet of classroom space plus 60,000 square feet of training space for heavy equipment operation. It had the capacity to train more than 100 people at once.

But in the first nine months of its existence, only 24 inmates were trained there. When the county civil grand jury inspected the facility in September 2019, only four were using it. Three years later, only 59 people have enrolled or completed a program there, according to usage data provided to the Sun.

“The Grand Jury members who toured the facility were impressed. It is new, well-designed and clean, with many resources available,” a Solano County civil grand jury report issued in February 2020 stated. “It is unfortunate that classrooms are empty and learning/training spaces are not utilized.”

At the time, Ferrara responded to the grand jury’s report by saying that the sheriff’s office was looking into ways to expand its capacity.

In an interview, sheriff’s Capt. Bill Elbert said that between the time when the sheriff’s office planned the project to when it opened, the number of people in the jail who were eligible for training had dropped by nearly half, including because of reform efforts like Proposition 47, which reduced the severity of punishment for some drug offenses.

While the sheriff’s office had planned to expand eligibility following the grand jury report, the jail population declined further during the COVID-19 pandemic and the Rourk Center’s use was limited to prevent COVID spread, Elbert said.

The center was funded largely through a $23 million grant from the California Board of State and Community Corrections in 2014 plus $2.66 million from Solano County.

It also has space for programs for substance abuse treatment, anger management and a high school equivalence degree. The programs are offered based on interest from the inmate population and the availability of staff, the grand jury report stated.

But despite that capacity, when members of the grand jury visited on Sept. 17, 2019, the center was training only four people. Nine had recently completed forklift training, the grand jury report stated.

In a legally mandated response to the grand jury’s findings, Ferrara wrote that he partially disagreed with the grand jury. “Although there were only four inmates training at the time of the Grand Jury tour, we have trained 40 inmates in the Rourk facility since its opening 10 months prior,” Ferrara wrote.

The data provided by the sheriff’s office indicates only 26 people were trained between the center’s opening and the grand jury visit. By the time Ferrara issued that response in February 2020, 44 people had either completed programs or were enrolled in programs at the center.

Ferrara wrote that the sheriff’s office was developing new programs for implementation in the next year and partnering with neighboring counties to provide training opportunities.

But none of that came to pass. According to the use data obtained by the Sun, in the months after the grand jury report, the facility remained sparsely used. Eight people were trained in welding between October and December of 2019, 10 people were trained in a pre-apprenticeship program between January and March of 2020 and 10 people took substance abuse treatment starting in March 2020, but only two were confirmed to have completed it.

After that, the center was shut down because of the COVID-19 pandemic, Elbert said, though there were some classes that were taught outside during the next two years. Records show that seven people have taken forklift courses since March 2020.

Elbert said that during the pandemic, the sheriff’s office has provided video programs in the jail, including correspondence courses through Solano College. “We continued to work to achieve our goal even though we couldn't use the Rourk Center to its full potential,” he said.

But more fundamentally, Elbert said, the sheriff’s office faces the challenge of  having enough viable candidates — a problem that was not anticipated when the project began.

In March 2014, when the sheriff’s office secured funding for the center, Solano County jails held 959 people, including about 300 who were already sentenced, according to state data. As of December 2021, there were 529 inmates, including 60 who were sentenced.

The project was conceived as serving only people who had already been sentenced, as their time in the jail is more predictable than those who are awaiting trial and may be released on bail. Only inmates who are a low security risk can participate.

Still, Elbert said that the sheriff’s office was looking to open up programs to the unsentenced population. Then COVID hit, which not only shut down the indoor spaces of the facility, but included orders to reduce the population of the jail to prevent the spread of the virus.

“Our ability to find viable inmate candidates had dropped exponentially,” Elbert said. “And then it has to be voluntary. They have to want to do it.”

Elbert said the sheriff’s office plans to fully reopen the center in June.